Post Video Player CTA - Before Threshold (Select only one option)

Post Video Player CTA - After Threshold (Select only one option)

Made possible with support from

With distribution support from

Experience one of the greatest spectacles of biodiversity in the world. 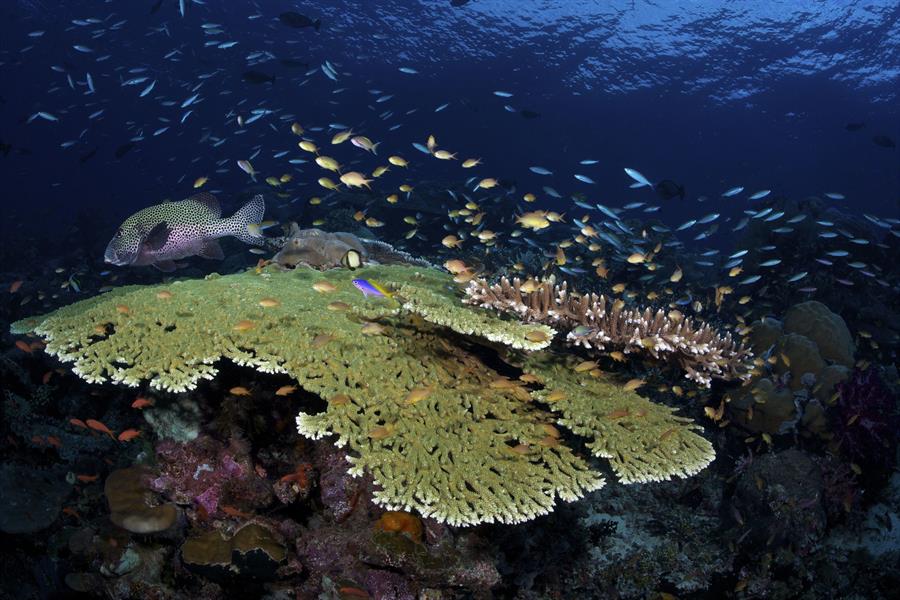 Dive with Ronald Mambrasar and his son, Valen, into crystal-clear waters teeming with fish. It’s be hard to believe that, a little over a decade ago, these treasures were almost lost — only to be rescued by one of the world’s most ambitious community-based conservation programs.

Since 2004, Conservation International has helped local partners protect the waters of Raja Ampat in the Bird’s Head Seascape of remote Indonesia. Despite only being the size of G​reat Britain, this unique area holds more species of fish than the entire Great Barrier Reef and more species of coral than the Caribbean Sea.

Learn more about our work in the Bird’s Head Seascape » 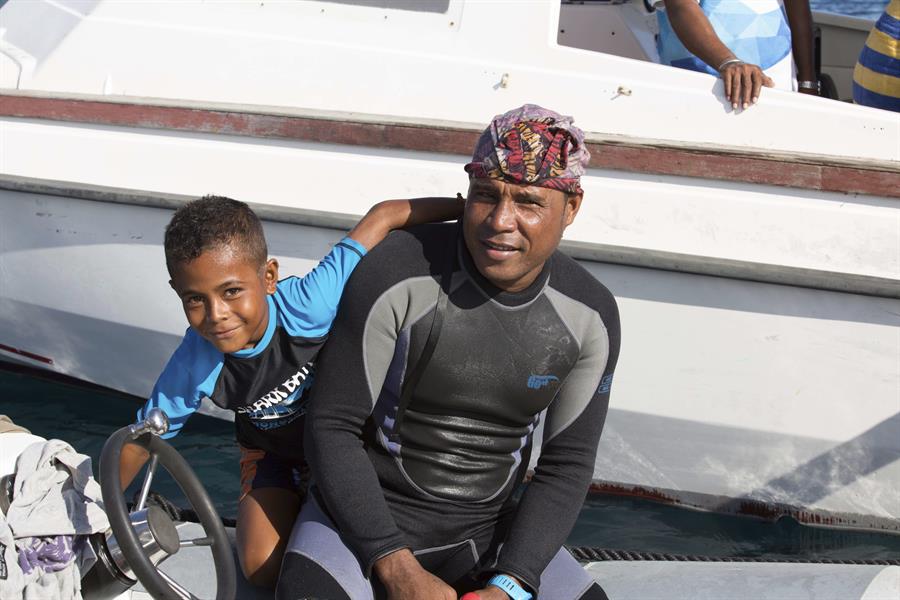 In “Valen’s Reef,” join local fisherman-turned-coral-reef-scientist and Conservation International staffer Ronald Mambrasar as he monitors the reefs with his young son, Valen. Ronald tells Valen the story of how the area was almost destroyed and how the community-led conservation initiative restored it. As a native Papuan and father of four, Ronald shares what it means to protect his home for Valen’s generation and shows just how successful conservation can be when local people take a leading role.

At a glance: the Bird’s Head Seascape

Scientists call this a species factory or a cauldron of evolution where new species are being discovered all of the time.

Not long ago, this underwater paradise was decimated by commercial fishing, poaching and damaging practices like blast fishing — the detonation of explosives on the reefs to stun fish and increase catches.

By the 1990s, some fisheries were reporting a decline of up to 90% catch per unit effort. Indonesians living along the coasts saw their livelihoods — and traditional fishing rights — slip away as outside interests profited from plundering the Pacific.

Now, fish populations have rebounded; sharks, whales and rays have returned; poaching is down 90%; coral is recovering; and ecotourism has flourished — all while local people’s access to education, food and livelihoods have improved.

The Bird’s Head Seascape is poised to transition into an independent, community managed network Marine Protected Area and stands as a model for other programs around the world.

Conservation International is grateful to work in close partnership with the people of West Papua, the government of Indonesia, The Nature Conservancy, WWF and more than 30 other partners. Special thanks to The Walton Family Foundation for its long-standing support of the Bird's Head Seascape Initiative.

Your $34 donation will help protect an entire square kilometer of ocean, securing critical species and the livelihoods of ocean-dependent communities.

Tell your friends to take the dive