Village takes bold step to save fishery — with help from goats 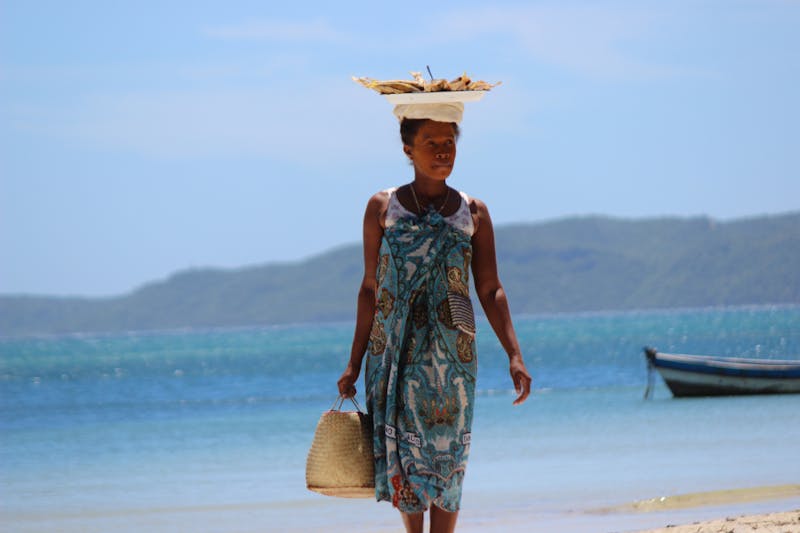 A woman walks on the beach in Ambodivahibe, Madagascar. Since they began closing certain areas to fishing for part of the year, local communities are seeing huge growth in the number of fish they catch. (© Conservation International/photo by Johnson Rakotoniaina)

On one day in 2009, the Malagasy village of Ivovona harvested 600 kilograms (1,322 pounds) of fish, mostly octopus. Earlier this year, those same fishermen, joined by others from the nearby village of Ambavarano, pulled in 5 tons of octopus — in three hours.

How did things turn around so quickly in a remote, poverty-stricken community? The villagers made the decision to adopt fishing regulations — and gained a new source of livelihood in the process.

Back in 2006, CI led a marine Rapid Assessment Program (RAP) survey in the Ambodivahibe region in northernmost Madagascar. This survey found that Ambodivahibe is a globally significant site of marine biodiversity, with coral reefs, mangroves and seagrass beds that provide habitat for marine turtles and globally threatened species such as the Napoleon wrasse and giant grouper. 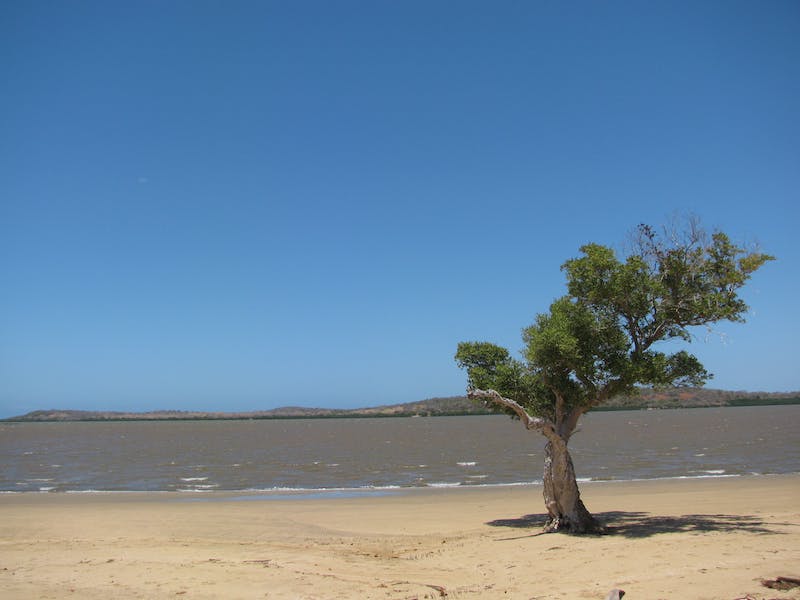 Bay in the Ambodivahibe marine protected area. In 2006, a CI species survey found that this is a globally important site for marine biodiversity; it’s also crucial to the livelihoods of local people. (© Conservation International/photo by Rachel Neugarten)

Coastal communities here have long relied on the sea for sustenance and livelihood, partially because there aren’t many other options. Most local people have extremely low income. During the dry season, there isn’t enough water to grow rice, maize, manioc and other staple crops. Locals believe that this drought has been exacerbated by climate change, and projections for Madagascar indicate that such events may occur more often as rainfall becomes less predictable, and the rainy seasons change in both timing and duration.

In 2009, after community representatives visited southern Madagascar and saw how no-take zones were preventing overfishing there, the fishermen of Ivovona decided to set up their own no-take zone. For three or four months each year, this area is closed to all fishing, giving fish populations time to recover. (Get a glimpse at life in the region in the short video below.)

Since the exponential growth in fish catch that has followed, Ivovona and nearby communities have become more motivated to monitor their marine ecosystems and control the activities that take place there.

In the off season

The fishing closures are clearly working to increase fish stocks, but what do fishermen do when their livelihood is on hold for three or four months? In addition to the official closure period, fishing also ceases between June and October during the annual period of strong wind (called varatraza) in northern Madagascar. This is especially hard on fishermen who have no other way to make money.

To help, CI has trained the communities in goat and sheep farming as a livelihood alternative. Numbers are limited to 30 sheep or goats per family, and surplus animals must be sold.

Since they don’t require much water, these animals are a good fit for the dry landscape. Due to the large Muslim population in the area, goats and sheep are very profitable as they are required for religious holidays. The animals have also proven to be quite productive; this spring saw the birth of many sets of twins.

“Livestock helps me pay for school for my children and feed my family,” said Justin Kinkou, a fisher and livestock breeder in Ambodivahibe.

In addition, CI is providing additional support to these communities by installing a gravity water system in Ivovona and wells in the other villages to supply fresh water to villagers who previously had to walk at least three hours to the town of Diego every day to provide water for their families. 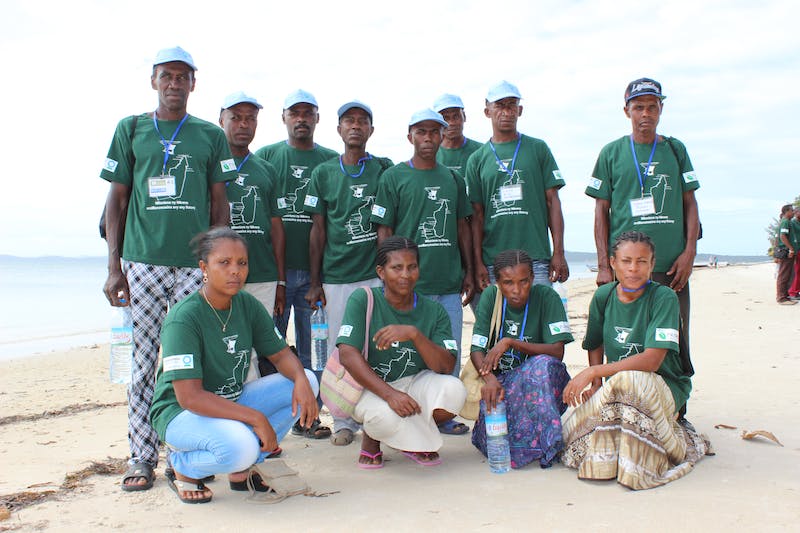 Participants gather in Ambodivahibe for the Madagascar Locally Managed Marine Areas Network Forum in April 2014. In order for protected areas to be effective, community support and participation is essential. (© Conservation International/photo by Johnson Rakotoniaina)

Though most local people are beginning to embrace the importance of using no-take zones to preserve fisheries, more support and close monitoring are needed before communities can fully manage on their own.

To ensure that local communities continue their conservation efforts, a committee composed of the regional government, the local association of fishermen and the military conduct periodic monitoring and enforcement of the reserves. Patrol agents chosen by the villages are present at the site; to ensure their participation they are financially compensated for surveillance. A CI staff person is also based on site to monitor and help with these activities.

For years, CI has been spreading the word about how MPAs are actually good news for fishermen. This story shows just how quickly they can reap the benefits, as well as how soon fish populations can bounce back — if we protect them now.

Luciano Andriamaro is director of science and knowledge at CI Madagascar.