Valentine's Day, animal edition: 6 weird ways animals get it on 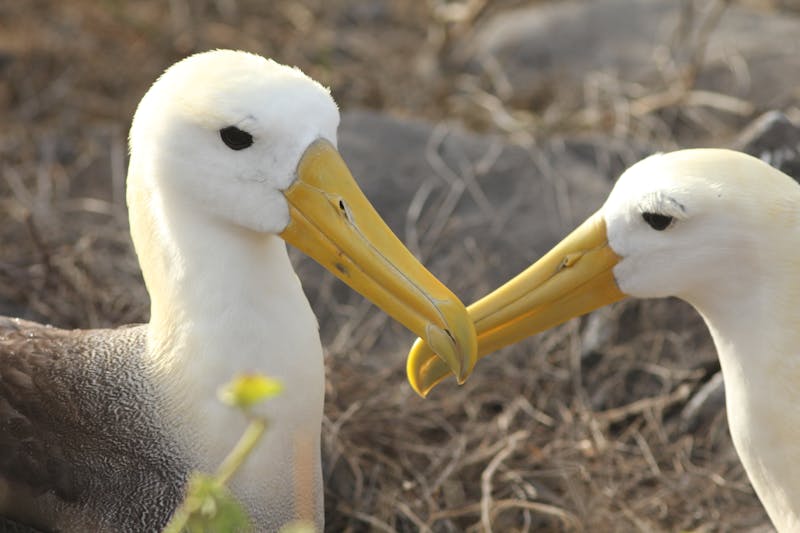 Albatross love in Ecuador. (© Will Turner)

Editor’s note: It’s Valentine’s Day, and whether you plan on sipping champagne with your significant other or binge-eating discount chocolates in bed with your cat, some members of the animal kingdom are literally sacrificing their lives in the name of love. From kinky spider bondage to death-inducing foreplay, Conservation News dives into the fascinatingly depraved world of animal mating rituals. 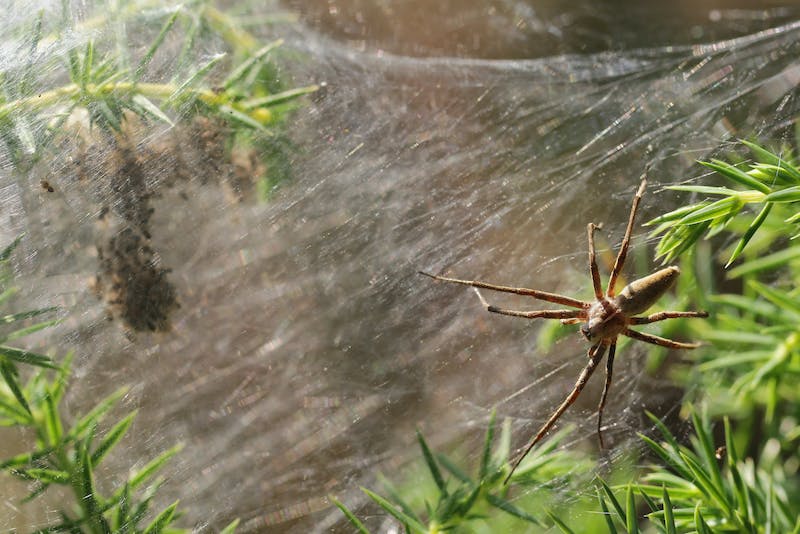 Humans aren’t the only species known to get a little rough in the bedroom. Male nursery web spiders perform a kind of bondage on their female partners by tying the female’s front legs with silken cords before mating. This ritual, performed only by some males, actually decreases the chance of the female eating them right after — yes, this is a thing that happens — since first she would have to free herself.

The bondage might also help the male get a second round, as the female can’t run off (or eat him) after their first encounter, increasing his chances of becoming a father. These cords are known as a “bridal veil.”

Nursery web spiders aren’t the only species of spider to tie up their partner, but they are perhaps the only spider that may add pheromones to the cords, making the female more interested in mating.

The mating ritual of nursery spiders isn’t completely harrowing — before courting, the male presents the female with a “gift” of an insect wrapped in webs. But once his gift is accepted, things get a little more X-rated. 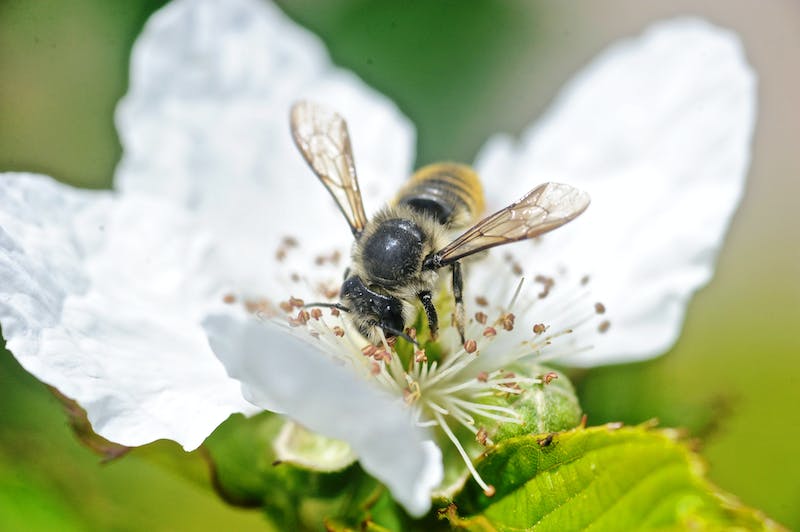 2. Honeybees: Sacrificing it all for sex

Male honeybees literally sacrifice their lives for the chance of becoming a dad. They are able to mate with the queen bee an average of seven to 10 times — mid-flight! — before their endophallus (penis) is ripped off afterwards.

The endophallus stays inside the queen bee until the next male comes along and either is futile in his attempted entry or removes the previous male’s tissue so he can mate with the queen.

As for the previous male: He’s doomed. When the endophallus is torn off, the male’s abdomen rips open, and he dies shortly thereafter.

Interestingly — but less gruesome — queen honeybees have only one mating flight in their entire lives, but they mate with several males during this time, and are able to store between five and six million sperm within their spermatheca. This structure enables them to use the sperm throughout their entire lives to fertilize eggs. When a queen runs out of sperm, new queens will embark on a mating flight and begin the process anew. 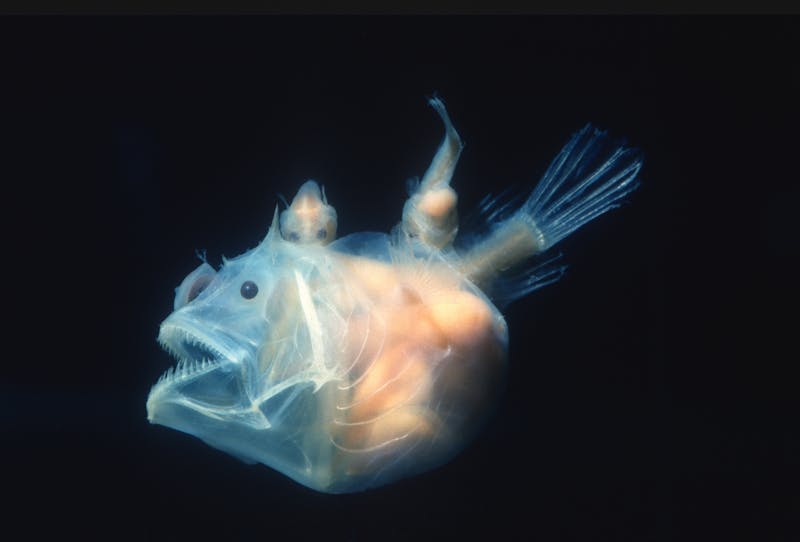 3. Anglerfish: Parasite for a partner

Anglerfish take “till death do us part” to an extreme level. Since they live in the deep ocean, it can be pretty hard to find a date, much less a life partner. On top of that, males are much smaller than females, making their chances of getting lucky in the big, wide ocean even smaller. So, when a male anglerfish finds a female, he bites onto her — and never lets go.

For the rest of his life.

He hangs on long enough, in fact, to become a part of her circulatory system, and takes nutrients from her blood to survive. Talk about a clingy relationship.

This might sound like a bad arrangement for the female — having a parasite for a partner — but she actually gets an all-access pass to sperm whenever she wants it, which is important, as her chance of finding another male in her lifetime in the dark depths of the sea is low. 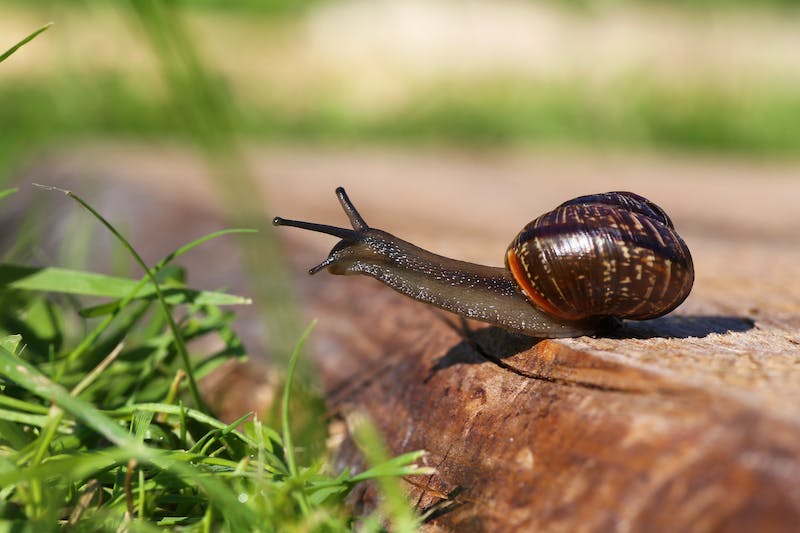 Most land snails are hermaphrodites, which means they have both male and female sex parts and can reproduce as either. Several species have a “love dart” — essentially a sword made of calcium that they stab other snails with. This dart transfers “sperm-boosting secretions” that allow the snail being stabbed to fertilize their eggs, but it can also reduce fertility in the long-term and cause serious injury or death. In a study, researchers found that snails that were stabbed only lived three-fourths of an average life span and laid fewer eggs.

With such high costs to the snails, it’s a wonder why they even evolved these weapons — but the dart actually discourages the stabbed snail from mating with anyone else, whether because of the secretions or because of the intense pain, ensuring the stabber that his genes will be passed on to offspring. 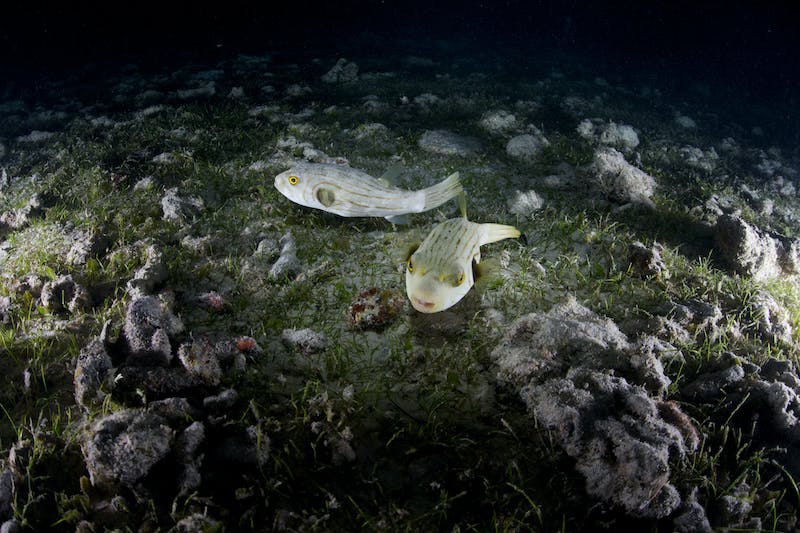 At night a pair of pufferfish swimming over the seagrass in shallow water in the Philippines. (© Keith A. Ellenbogen)

Male pufferfish are the alluring artists of the marine world. They create intricate circular patterns on the seafloor to attract females by using their fins and bodies to move sand and create ridges. They then decorate their nests with pieces of shell and coral, hoping to appeal to the aesthetic desires of female pufferfish. It takes the male seven to 10 days to complete his unique nest.

If a female appears and decides the design is to her liking, she will lay eggs in the middle of it, and then take off. Females usually choose males with the most intricate and largest nests — typically created by the strongest males, and therefore a process of natural selection. The already exhausted male then fertilizes the eggs and has to babysit until they hatch six days later.

After the eggs hatch, the male heads out to build a new nest, and do the process all over again. An artist’s work never ends. 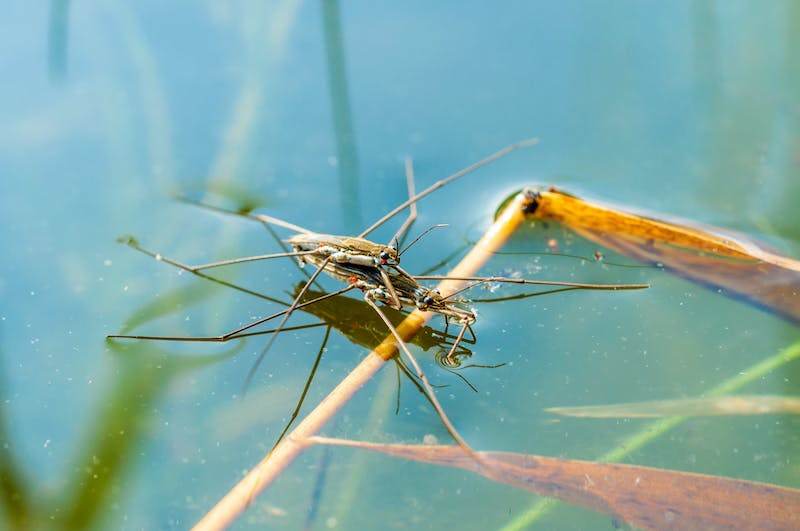 Male water striders are perhaps the most sexually depraved of the insect world. Female water striders have a “genital shield” — essentially a chastity belt for insects — that prevents a male from mating with her unless she wants to. To get around this, some male water striders use coercion and threaten the females with death until they give in.

Water striders move across the surface of water thanks to surface tension, and they can use vibrations on the water to sense predators or prey. But some male water striders use this tapping in a more threatening way — hopping on the back of a female and tapping vigorously on the water surface to attract predators. Because the female is on the water (with the male on her back), she is directly exposed to any predators lurking underwater and stands a greater risk of being eaten, so she gives up and opens her genital shield to allow the male to mate with her.

Olivia DeSmit is a staff writer for Conservation International.