Today’s post is the second in our Sea the Future series offering expert insight into the latest oceans news. The topic: The role of the Sustainable Development Goals in the upcoming U.N. Ocean Conference.

Next week kicks off the U.N. Ocean Conference, a global gathering focused on reversing the decline in the health of the planet’s oceans, specifically through Sustainable Development Goal (SDG) 14, which aims to “conserve and sustainably use the oceans, seas and marine resources for sustainable development.” For Carlos Manuel Rodriguez, Conservation International’s vice president and senior adviser for global policy, the conference is a critical step for global conservation efforts: “Action to conserve and sustainably use marine resources will have impacts well beyond Goal 14, as healthy marine and coastal systems contribute to meeting economic, social and environmental targets across the SDGs.”

Read Rodriguez’s original blog post, published after the launch of the SDGs in 2015, below.

Later this week, world leaders will gather in New York to make some big decisions about the future of our planet. With the ambitious aim of ending global poverty, they will agree on a set of international development goals that incorporate human development, economic growth and nature conservation — the three pillars of sustainability — with the addition of good governance.

These targets — known as the Sustainable Development Goals (SDGs) — will set the stage for how humanity will continue to raise global living standards without further degrading our natural resources to do it.

For those who haven’t been following the process closely, the SDGs will replace and expand upon the Millennium Development Goals (MDGs), established in 2000 as a blueprint for development investments over the past 15 years.

The MDGs will expire at the end of this year, and the new SDGs that replace them must be: action-oriented, concise, easy to communicate, limited in number, aspirational, global in nature and universally applicable to all countries — while taking into account different national realities, capacities and levels of development and respecting national policies and priorities.

If that sounds like a tall order, it’s because it certainly is.

The long road from Rio

I was a young, enthusiastic, idealistic Costa Rican conservationist when I attended the first Earth Summit in Rio de Janeiro, Brazil, in June 1992. It was unprecedented for a U.N. conference — both in terms of its size and the scope of its concerns. The goal was to help governments rethink economic development and find ways to stop the destruction of irreplaceable natural resources and pollution of the planet.

Thousands of people from all walks of life were drawn into the Rio process, including 103 heads of state, and together we forged a bold new vision for development: sustainable development. This vision, embodied in Agenda 21 and the Rio Principles, marked a major shift, calling for the full integration of environmental, social and economic dimensions into development planning.

While we worked to implement Agenda 21 and the Rio Conventions, in 2000, the U.N. agreed on a global commitment, the MDGs, which galvanized unprecedented efforts to meet the needs of the world’s poorest — efforts that range from halving extreme poverty rates to halting the spread of HIV/AIDS to providing universal primary education, all by the target date of 2015.

It’s undeniable to say that, 23 years after Rio, there has been significant progress: Sustainable development is now an unquestioned political aspiration; all nations have ministries of the environment; and protected areas have increased tenfold in total area. According to the Human Development Report, people today are healthier, living longer, more educated and have better access to goods and services.

Unfortunately, though, there are major regional differences and also stark inequalities within countries. And while more people are living better, the natural world that underpins this prosperity has continued to be degraded. In fact, between 2008 and 2012, 144 million people were displaced from their homes by natural disasters, a number predicted to rise as climate change brings more extreme weather and rising seas. In addition, water scarcity still affects 40% of the global population — and is projected to increase. 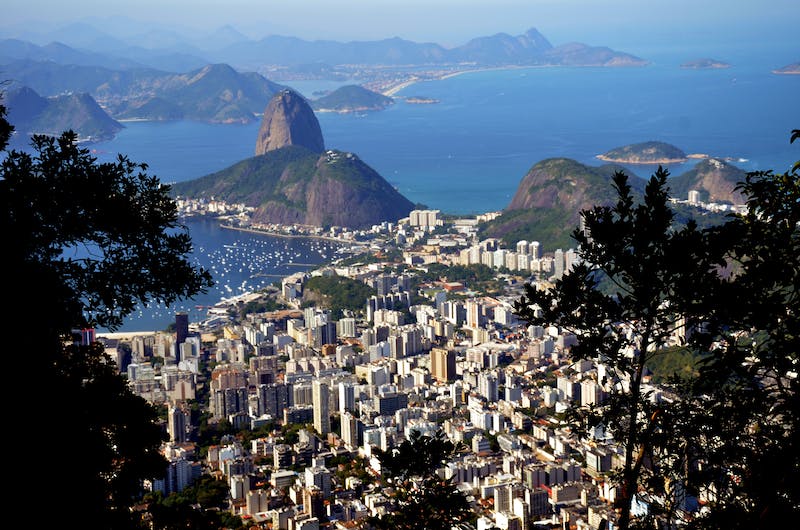 Twenty-three years ago in Rio de Janeiro, Brazil, the first Earth Summit called for the full integration of environmental, social and economic objectives into development planning. What do the U.N.’s new goals have in store for people — and nature? (© Rodrigo Soldon 2/Flickr Creative Commons)

In many ways, the idea of sustainability has gained acceptance across broad swaths of the public, but sustainability often has been associated solely with the environment, without proper consideration for economic or social development. The fact is, we failed to mainstream Agenda 21 in the broader development agenda.

The path to sustainable development

In order to integrate sustainability in development plans, an ambitious post-2015 development agenda embodied in this new set of SDGs will bring together environmental, social and economic objectives in a more consistent and coherent structure.

Set to go into effect in 2016, this new global framework presents an opportunity to ensure that a healthy environment is the foundation we need for truly sustainable development. After years of working in this field, I strongly believe we can make real substantive achievements. The preparation phase is key to influencing national level strategies that are cross-sectoral — and include healthy ecosystems that are critical for social and economic development.

At Conservation International (CI), this concept is not new. In fact, all of our work is underpinned by this simple concept. Our work in climate mitigation and adaptation, marine and terrestrial biodiversity and ecosystem services is all based on the fundamental notion that people need a healthy environment — clean water, fresh air, food — in order to prosper.

It’s encouraging to see this understanding and engagement take hold across so many countries and cultures. I echo the wise words of CI’s Executive Vice President and Senior Scientist M. Sanjayan, who says, “I truly believe that we’re the generation that will see the worst and have the opportunity to do the most.”

So, let’s roll up our sleeves and get to work.

Carlos Manuel Rodriguez is vice president and senior advisor for global policy in CI’s Policy Center for Environment and Peace.

Want to read more stories like this? Sign up for email updates. Donate to Conservation International here.

Cover image: Why do we need the Sustainable Development Goals? For one, around 40% of the global population faces water scarcity. (© UNICEF/Flickr Creative Commons)