To relocate town buried by mudslide, Colombians turn to nature 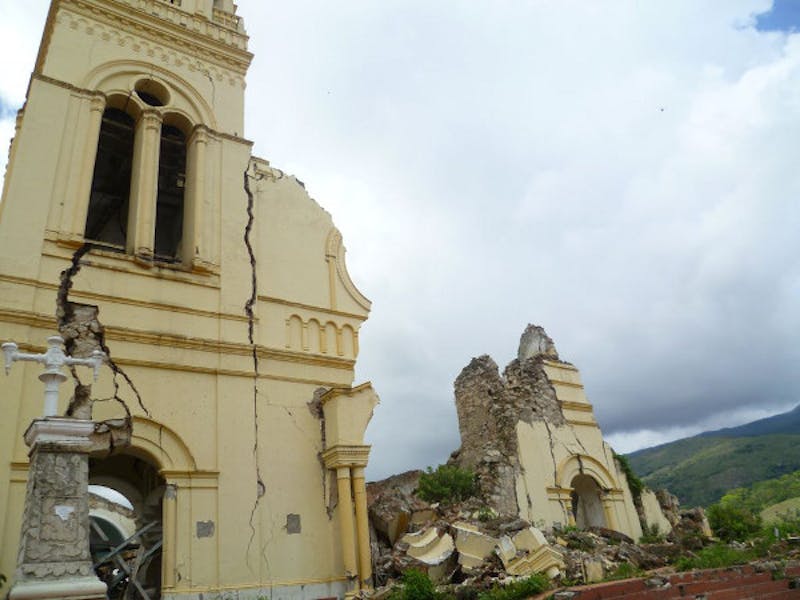 The remains of Iglesia de San Rafael in the Colombian town of Gramalote. Most of the town was destroyed in a 2010 mudslide; a team of geologists, urban planners, eco-hydrologists and conservationists are working to find a safer location to rebuild the town. (© CI/photo by Patricia Bejarano)

In late December 2010, the town of Gramalote in northeastern Colombia literally disappeared under a mass of earth and mud triggered by the wettest La Niña event in over a century.

This surreal event transformed the lives of the 6,000 people who fled their homes after almost 1,000 houses collapsed. These Colombians became part of the over 2.2 million homeless victims from the unprecedented rains that afflicted Colombia in 2010. For most, this was clear evidence that climate change is upon us.

Back in 1857, Gramalote was built on a geological fault line at the confluence of several streams that soak the soils throughout the year. During 2010’s extreme rainfall, an earthquake shook these water-logged sediments loose; within days the town was dashed to pieces.

In the two years since the disaster, many Gramalote residents have relocated to nearby villages; others have returned to live among the ruins. All wish to have their hometown restored. The good news is that Gramalote is planned to be rebuilt — in an entirely new location.

A team commissioned by the government of Colombia’s Adaptation Fund has the unprecedented task of advising the relocation of the whole town to a safer place. The team consists of geologists, urban planners, eco-hydrologists and conservationists — including myself and several staff members of Conservation International-Colombia.

Conservation International’s role on this team is simple: identifying the critical natural capital — the benefits and services provided to people by biodiversity and ecosystems — in the region that can make the new town more sustainable and resilient to climate change. Natural disasters like flooding and landslides are being exacerbated by climate change; intact ecosystems could play a critical role in mitigating these events. We also need to ensure that the town’s new location, roads and service infrastructure will have a low impact on areas critical to provide water, sequester carbon and shelter species that are the building blocks of healthy ecosystems. 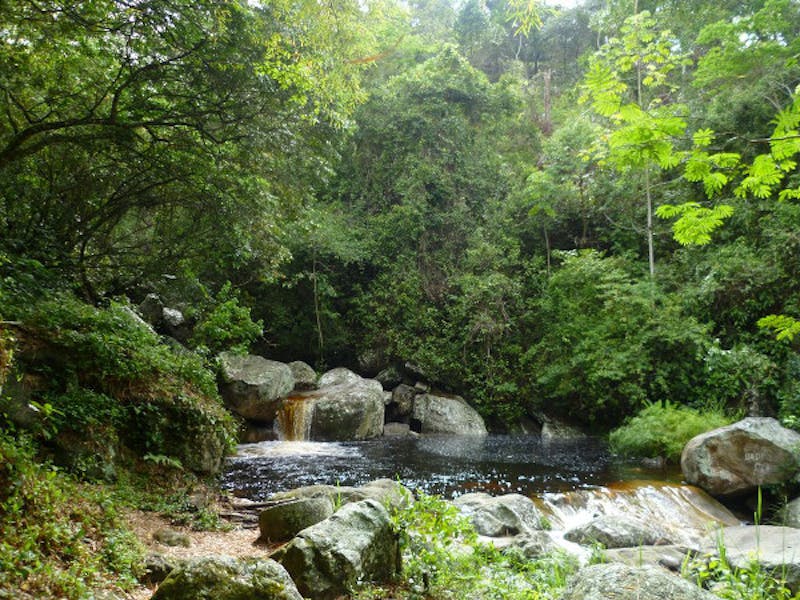 River near Gramalote, Colombia. The town’s location near several rivers (combined with an earthquake and heavy rainfall) helped trigger than landslide that destroyed the town. In constructing the new town, the challenge will be finding a place with access to fresh water that is not as susceptible to landslides. (© CI/photo by Patricia Bejarano)

Although this will be a great challenge, it is also a big opportunity for us to influence the adaptation policies of the country and beyond. Gramalote is likely to be one of the first towns in the world that is completely designed from scratch to comply with critical natural capital and climate resilience criteria.

For me as a Colombian, being part of this team is one of the most rewarding experiences of my life — one that I hope will allow me to influence freshwater conservation in my home country. I believe that just as China must pursue climate-friendly development and Brazil must conserve the Amazon, Colombia is meant to lead the way for climate-resilient development through freshwater conservation.

In order to rise to this challenge, Conservation International and partners are using some of the best tools available today for mapping critical natural capital, climate resilience and sensitive biodiversity in tropical regions.

I am working closely with partners at King’s College London to develop application of these frameworks in several places where CI works, including Peru’s Madre de Dios basin, the Great Lakes region of Africa, Brazil’s Bahia state and Sumatra.

However, Gramalote’s relocation wouldn’t be completely sound if the impact of the new town and road infrastructure on sensitive biodiversity was not assessed.

Our own Tremarctos-Colombia, which operates as an early warning system of the impact of infrastructure development on the country’s biodiversity, is being used to complete this part of the puzzle. Tremarctos is supported by Findeter (Colombia’s development bank) and the ministry of the environment, and is being used in this project under the leadership of my colleague at Conservation International-Colombia, Patricia Bejarano.

Gramalote’s new location will be a place with low risk of landslides that receives benefits from surrounding natural areas that provide a continuous clean water supply, natural hazard mitigation and tourism opportunities. The designation of the new location will also facilitate government enforcement of the protection mechanisms that exist to ensure the conservation of the critical natural areas that provide these services. In early 2013 it is expected that our team, in consultation with the local communities, will decide the best location for the “new” Gramalote in order to start the rebuilding process.

We firmly believe that the application of these cutting-edge critical natural capital mapping technologies can fundamentally help us ensure that the new Gramalote can thrive precisely because of its interaction with nature, rather than being threatened by it.

Leonardo Sáenz is an eco-hydrologist at Conservation International. Thanks to Patricia Bejarano, CI-Colombia’s land use planning coordinator, for her contribution to this blog.