To protect its precious tuna, Pacific islands look to the north

It’s 11,610 km from the center of the Pacific Ocean to Iceland. However, Pacific Island nations are facing some of the same challenges with their fisheries as the Nordic island country faced four decades ago.

By the 1980s, Iceland’s waters were badly overfished, hurting the country’s food supply — and its economy, which was heavily based on fishing. Iceland’s turnaround since offers lessons to other island states in similar straits.

A recent meeting of the Arctic Circle Assembly, (a group of organizations that are interested in the development of the Arctic and it’s impact on the world), brought representatives of the two far-flung regions together. What did they talk about? Fish, of course.

Human Nature sat down with Jack Kittinger, senior director of Conservation International’s (CI) Global Fisheries and Aquaculture program, who attended the assembly, to talk about communities can learn from each other.

Q: What did Iceland do to make their fisheries sustainable?

A: Iceland did a lot – it wasn’t a simple transition. On the management side, they invested heavily in a catch-based system to ensure the harvest would not exceed the limits of sustainability. The system is quota based, which means that fishers own a portion of the catch, incentivizing them to be stewards. To bolster this, they employ a novel “radical transparency” system, meaning that anyone could go online at any time and see where any boat is fishing and exactly how much they’re allowed to catch. This encourages self-policing, reducing the enforcement need and encouraging cooperation. 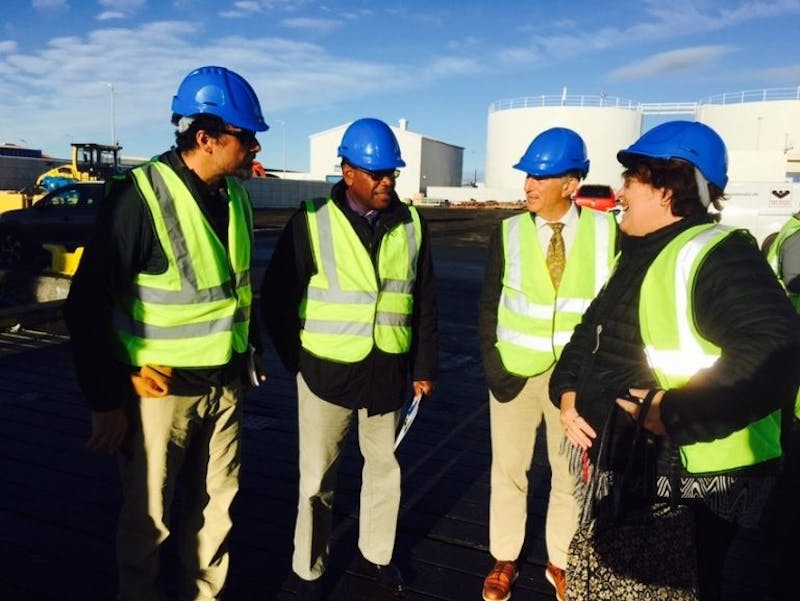 From right to left, Conservation International’s Pacific Islands Executive Director, Sue Taie, together with Board Chairman Peter Seligmann, Moses Amos with the Secretariat of the Pacific Community, and Chris Filardi with Nia Tero, don helmets and reflective vests to inspect an iceless trawler that employs 21st century technology to cool fish, increasing the value of this product for Iceland’s commercial fishing fleet. (© Jack Kittinger)

Q: What led Iceland to use this system?

A: From 1958 to 1976, Iceland was entangled with the British over the surrounding oceans, which became called the Cod Wars [a series of confrontations regarding fishing rights in the North Atlantic Ocean]. Iceland was one of the first countries that was advocating for a 200-nautical-mile exclusive economic zone that only Icelanders could fish.

Once Iceland obtained this zone, they rapidly increased their own capacity to fish their secure waters, but they crashed their fishery in the 1980s. To institute more sustainable practices, they started a difficult but ultimately successful transition to a new quota-based management system.

Q: Why does this work?

A: The most incredible aspect of this approach is that the commercial fishing companies have been successful at adding value to the catch without increasing the numbers of fish they are allowed to harvest. If you’re a company and your quota allows you to harvest 10 fish, if you want to make more profit, you have to extract the maximum amount of value out of those 10 fish. Icelandic companies have become the world leaders in doing this — investing in the quality of their products, using 100 percent of the fish and creating value-added products, and being very inventive and entrepreneurial. They’re also leading in technology development. We saw what I think is the first iceless fishing trawler on the planet — the entire haul of the boat is kept at minus 1.5 degrees Celsius. At those temperatures, putting ice on the fish would warm them up.

As a result, it has become very lucrative to be in the fishing industry [in Iceland]. This is not a trend we see in many parts of the world — most people who work in the seafood industry globally are among the most vulnerable and impoverished people on the planet. Iceland’s approach is incredible to see and is a model for other countries. And we shouldn’t forget that Iceland was one of the poorest countries in Europe when it began this transition and faced other major hurdles such as long distances to markets. It has overcome these hurdles and so can other fishing economies.

Q: How does this compare with problems facing fisheries in the Pacific Islands?

A: With climate change, Pacific tuna are predicted to migrate to the east. While this could be beneficial in the short term for islands such as Tuvalu and Kiribati that are situated farther east, it’s a boon that may not last. Certainly, some Pacific Island nations in the western Pacific may risk losing a valuable economic resource — and one increasingly important for local food security, given that serious declines in coral reef fisheries are also predicted.

There are other threats such as illegal, unreported and unregulated fishing but one of the biggest issues is that most Pacific Islands do not fish their own waters. Instead, they license the right to extract these resources to other fishing nations. While the region has invested heavily in strengthening their regional, cooperative management, the real challenge is to develop the capacity to own the entirety of the supply chain and benefit more fully from the economic value of this resource. In a US$ 60 billion industry, there is much to be gained in livelihoods and economic security from making this transition. 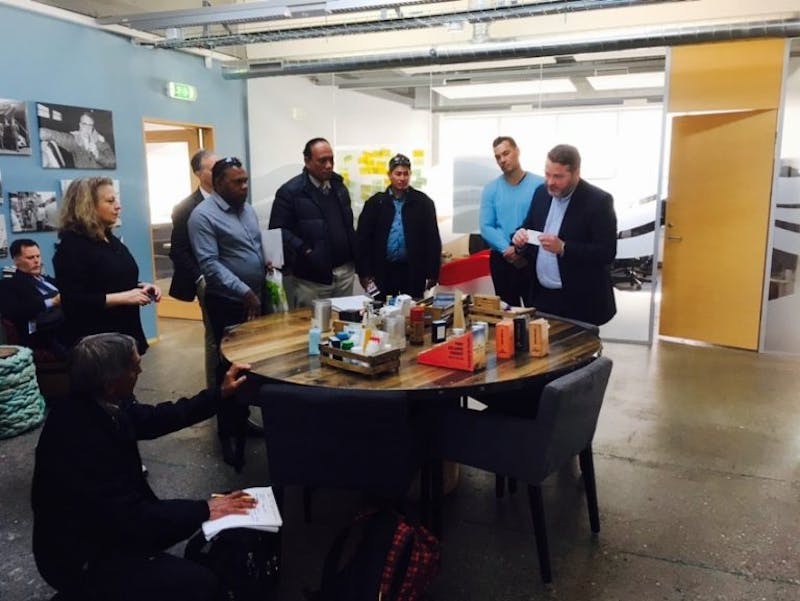 Q: What did the Pacific Island delegation learn at this assembly?

A: The Pacific Island delegation went in thinking there’s a million reasons why Iceland’s strategies can’t work for the Pacific, and they came out thinking the approach can absolutely work, and we’ve got to do it.

Iceland rebuilt their fisheries economy with cod. For the Pacific, it is tuna. Skipjack tuna, in particular, is found in the canned tuna you see in your grocery store: Starkist or Chicken of the Sea, and is very cheaply sold. The Pacific still has massive, thundering herds of bigeye, yellowfin, and skipjack tuna – this abundance and the natural ecosystems that support it need to benefit the economies of this region and the potential is there.

If you can rebuild an island economy with cod, you can do it in the Pacific with tuna, and that’s what they’re thinking.

Q: What strategies could the Pacific adopt from Iceland?

A: We are focusing on two key next steps. The first is to move to a catch-based quota system. This will require the region to understand which countries own which tuna. Right now, tuna is managed more or less as one giant stock. But the Pacific is massive and new science is revealing patterns that suggest there are sub-regional stocks that only a certain set of countries share. Conservation International is helping the Forum Fisheries Agency and Secretariat of the Pacific Community in conducting these assessments, defining the structure of these stocks so sustainable catch limits can be established. We are also looking at Iceland’s radical transparency approach which has much potential for improving enforcement and compliance in Pacific fisheries.

The second big opportunity is to work with Pacific Island countries to use some of these technologies that Icelandic companies have developed to increase the value of tuna resources. For example, an Icelandic company has developed incredible processing technology that expertly fillets cod into perfect six-ounce portions. Other companies are taking the waste products from cod and creating health and medical products, leather, aquaculture feed, and more. We need to use 100 percent of these incredible fish and there is huge potential for private sector growth and innovation in the Pacific.

These innovations in governance and private sector development are critical, and most importantly we know they are proven and transferable. These solutions are also aligned with regional agreements that have Pacific leaders’ buy-in, including the Framework for the Pacific Oceanscape and the Regional Roadmap for Sustainable Fisheries. Like the oil producing countries of the world, the Pacific island countries and territories are endowed with an incredible natural resource, and CI is committed to supporting continuing collaboration and learning among Iceland and the Pacific to capture greater value from tuna fisheries and ensure the sustainability of this vital resource.