The story of Indonesia’s Ciliwung River — upstream and down

Boys, six of them, dive off a bridge into the Ciliwung River in Jakarta’s Rawajati kelurahan (subdistrict).

The bridge was washed out in floods in 2007 and again in 2011. The city government built a new bridge above it, but the remnants of the washed out bridge continue to serve the kelurahan’s foot and motorcycle traffic. It also acts as the boys’ diving board, launching them into the murky, floating debris of the Ciliwung. The river’s name means “turbid waters” in Sundanese.

The boys tell me they’re not too concerned about water quality, but they have to be careful to avoid debris. 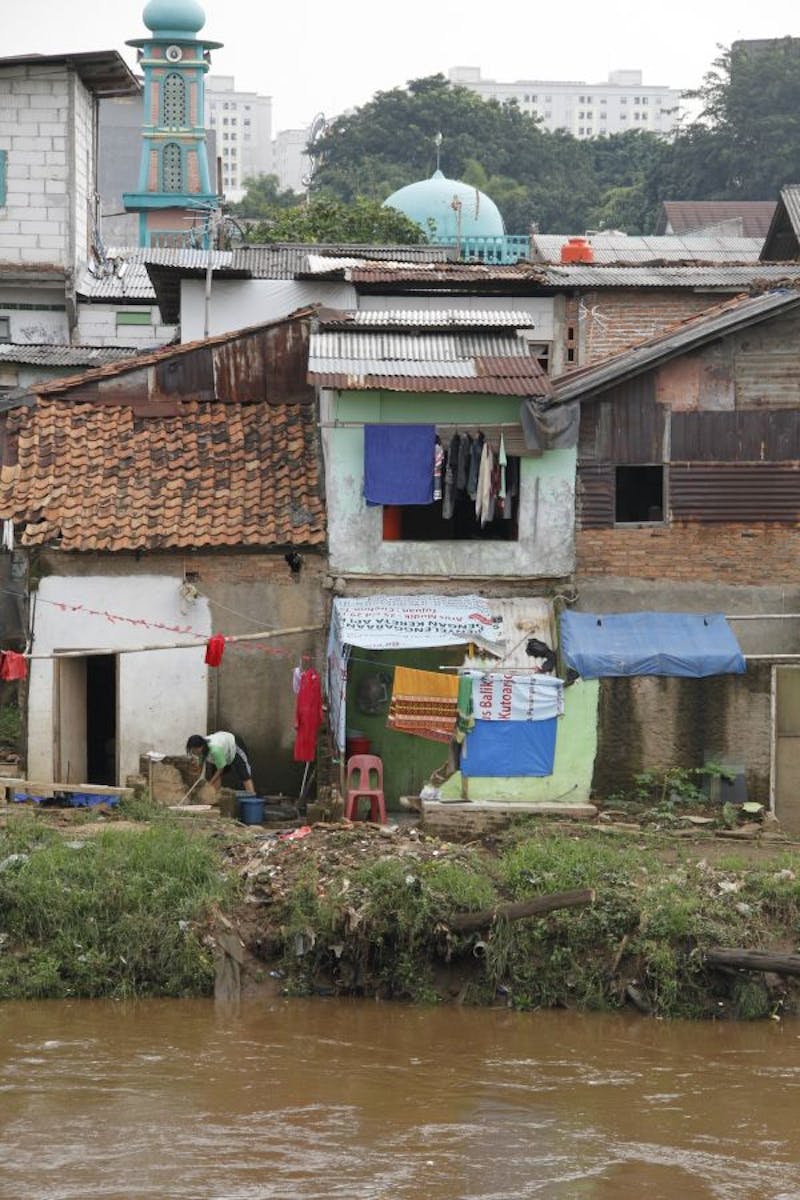 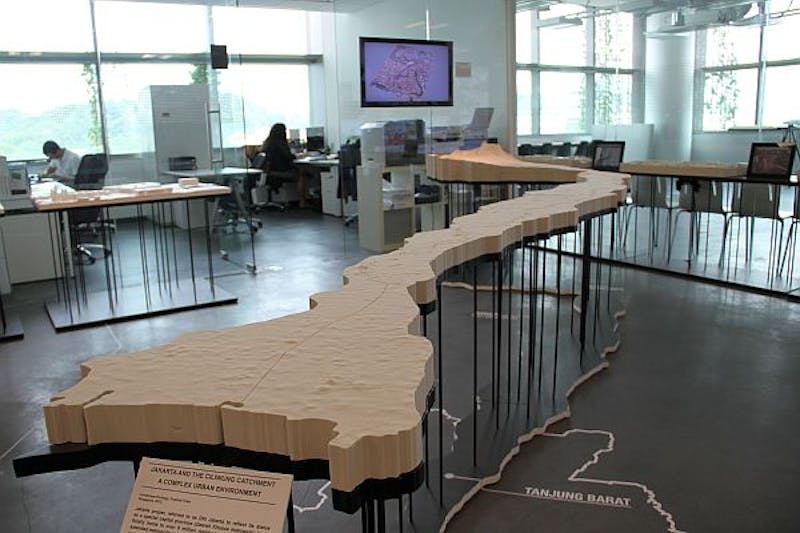 Derek waves his hand and the model lights up to show how each subsequent flood inundates more of the city. Jakarta’s water problems come from so many sides, it’s hard to know where to begin.

Future Cities Laboratory and CI are looking at the city, the river and the landscape to meet these challenges. Derek and I travel with Anton Ario of CI’s Indonesia team to Gunung Gede Pangrango National Park, where the Ciliwung starts its flow north through Jakarta to the Java Sea.

Farming communities that share the landscape with the national parks were encroaching on the forest to grow subsistence crops, mostly cassava. From the earliest days of CI’s work in the region it was clear we would need to work with the farmers to preserve the forest. 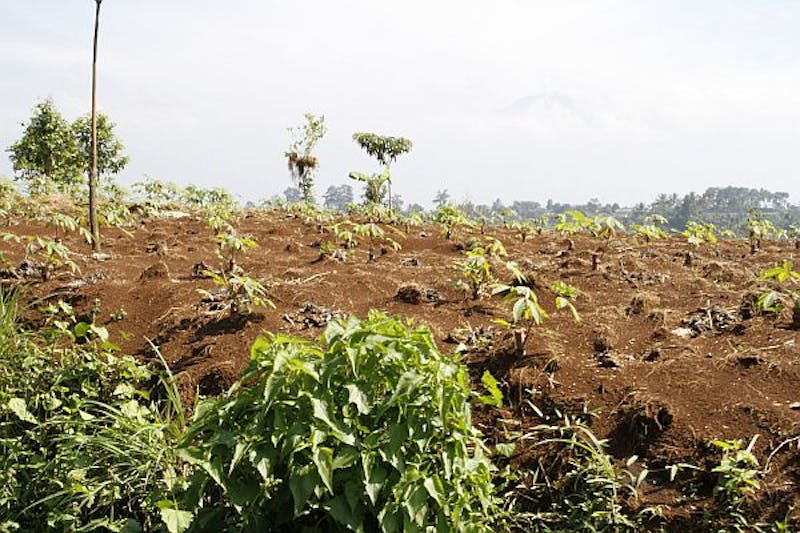 Field of cassava plants. Cassava root, fermented, mashed, and cooked into pancakes, is a staple for farmers in the mountains West Java. (© Conservation International/photo by Andrew Kolb)

“We use a bottom-up process,” Anton tells us. “We invite them in the beginning of the planning. It may take a year to make them believe in us.”

Anton and his team need to be everywhere as they build relationships with the community. Sitting at the village store across the street from the national forest. Holding meetings in the offices of local government officials. At the ranger stations. In the fields. In the woods. They’re listening and watching and engaging in conversation. They’re learning what the community needs.

One need is water. “Water is a very big problem for people,” says Anton. “Before our project, people living in this area, it was very difficult to access water, fresh water for life. But we took water from the forest, and took pipe, as long as 7 kilometers [4.3 miles], and then the water arrived in the community. After that, people believed in us.” 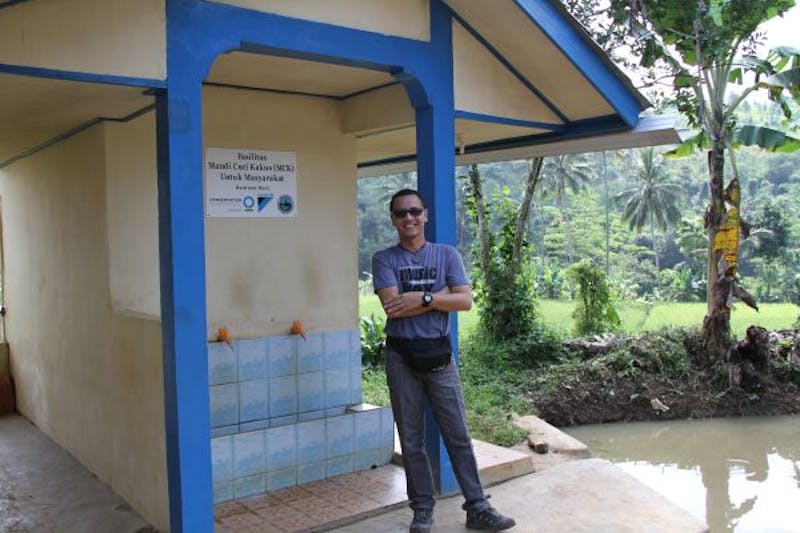 Piping fresh running water down the mountainsides and providing energy through small-scale hydropower builds the trust that lets the CI team convince the farmers of the value of reforesting. That there are trees whose fruit can provide fodder for livestock, and other trees that might provide a commodity, such as rubber, that can turn a profit.

This means planting those trees and then watching to see if they thrive on this particular hillside. It means replanting with something else if they don’t. 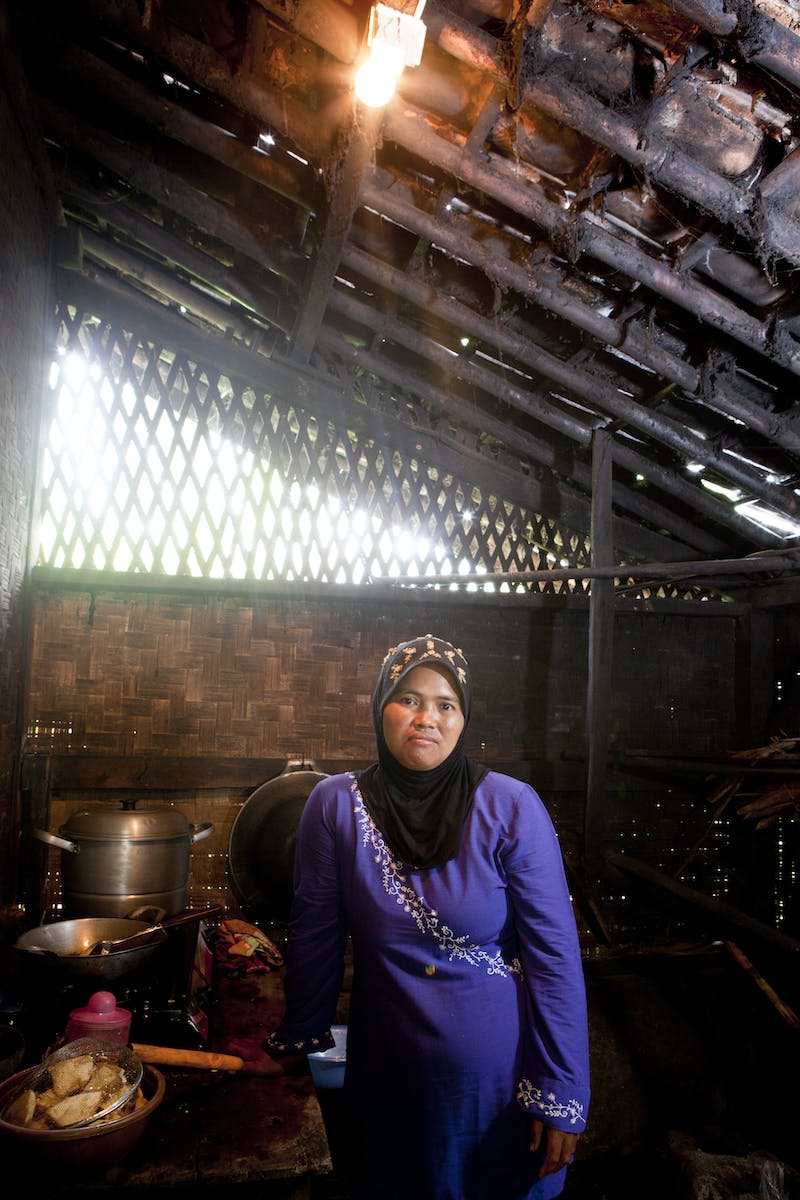 A hydroelectric dam recently brought electricity to families near Gunung Gede Pangrango National Park who had been living off the grid for years. (© Jessica Scranton)

It’s impossible to overstate what a painstaking process this is. So is it working?

Stepping off the trail to photograph a lizard, I stumble upon a sign that was erected when CI began the reforestation project in 2008. The area must have been clear-cut at the time; today the sign is almost completely obscured by jungle. 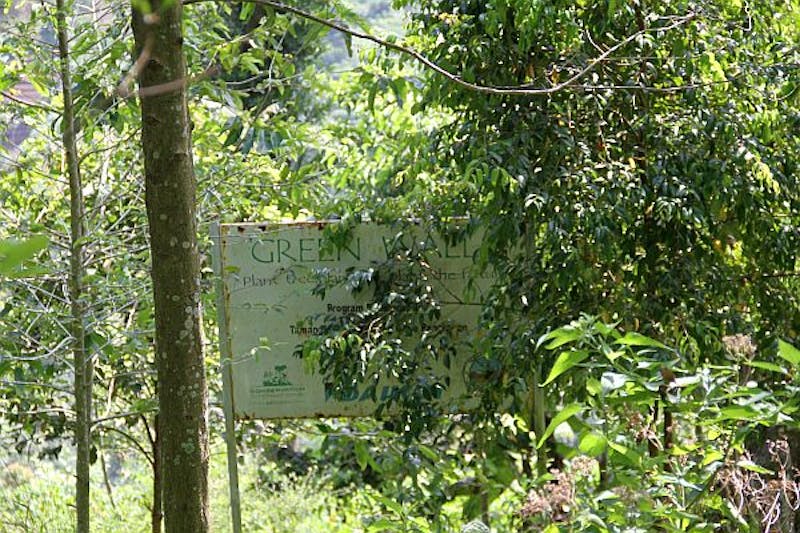 A sign erected in 2008 when reforestation began has almost vanished in the forest. Before the project began, the trees had been cut for subsistence agriculture. (© Conservation International/photo by Andrew Kolb)

Working with the farmers, CI helped bring the forest back.

Walking down out of the woods into the fields there’s a sense of calm and harmony. At the end of the day we watch children playing in the clear rushing water that spills out of the forest, jumping and splashing. Butterflies and lizards move softly in the flowers on the bank.

CI is starting to look at the larger landscape, including the city and its millions of residents. Bringing society into balance with nature at this scale is an order of magnitude more complex — but for a moment I ignore the rubble and open latrines on the bank and the refuse twisting in the current. The exuberance of the children playing in the water makes me smile.

I think about the possibilities of clean water for all the kids, upstream and down.

Andrew Kolb is the acting head of CI’s news and publicity team.