The forest behind your perfume

For some perfumes, their signature scent starts with a lowly bean found in a far-flung rainforest.

“Velvety” and “amber” may not be terms the average perfume wearer associates with scent, but to those in the perfume business, they are properties of the aroma produced by the little-known tonka bean of Venezuela and Brazil.

To a professional perfumer — known as a “nose” — the scent of the tonka bean is one of the most valued materials in luxury fragrances, having a mild, sweet, balsamic peppery smell. Although perfumers discovered how to create the aroma synthetically more than a century ago, many companies — including Givaudan, the world’s largest in the fragrance and flavor industry — continue to seek out the real thing.

To find the source of this enticing scent, perfumers must travel deep into the forests of Venezuela, where three villages have used this thriving trade as a crucial source of livelihood amid the country’s roiling economic crisis — and to protect the forest that sustains them. 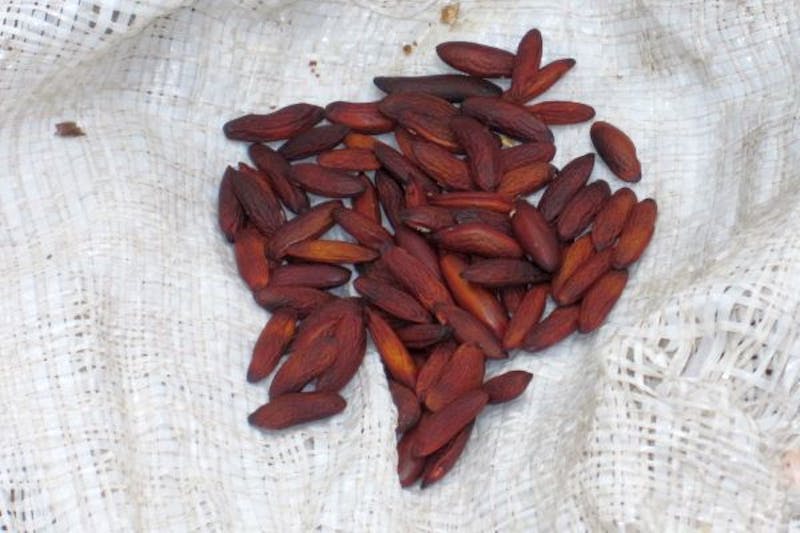 Tonka beans drying in the sun in Venezuela. One or two of these “beans” are found in each Dipteryx odorata’s mango-shaped fruit,, which fall to the ground once mature — typically in May — and are then gathered by the harvesters, dried and cracked open to extract the oblong seeds. (© Conservation International/photo by Juliette Crepin)

Nearly 13,000 kilometers (8,000 miles) from Givaudan’s headquarters in Vernier, Switzerland, residents of the village of Aripao spend three months each year in the middle of the Caura Forest Reserve, in the Venezuelan state of Bolivar, harvesting small mango-like fruits. Inside, the tonka beans are oval and glossy, covered in a black skin that wrinkles as it dries. The dry beans give off a unique and powerful scent that becomes more intense over time.

For years, seasonal harvesters — known locally as sarrapieros — had struggled to make a living carrying out this traditional activity because the natural extract of this bean was supplanted by synthetic alternatives in the early 20th century. To make ends meet, Aripao community members resorted to illegal activities, such as clearing protected zones using slash-and-burn practices, which threatened vital species and forests within the Guiana Shield, a region of northern South America that contains about 25% of the world’s remaining intact forest.

In an attempt to stop the deforestation, in 2007 Conservation International (CI) and Givaudan began a partnership with Aripao. This project works with communities and Phynatura, a local non-governmental organization, to protect natural habitat while improving the supply products derived from the forest such as tonka beans and copaiba oil.

The agreement encourages communities to return to harvesting wild tonka beans from the forest, making the process more equitable by involving men and women. The inhabitants receive support to organize the harvest, as well as training on how to improve the storage of the beans, which improves their market value. In exchange, the locals agree to help protect the forest and its biodiversity. They patrol for potential poachers and loggers and track the illegal miners who are damaging their region and stealing its resources. They are also required to monitor the fauna they spot on their patrols — including the yellow-spotted Amazon river turtle, American tapir and jaguar — which helps gauge the overall health of the forest. In addition, locals are paid to patrol and monitor the forest, boosting their income. 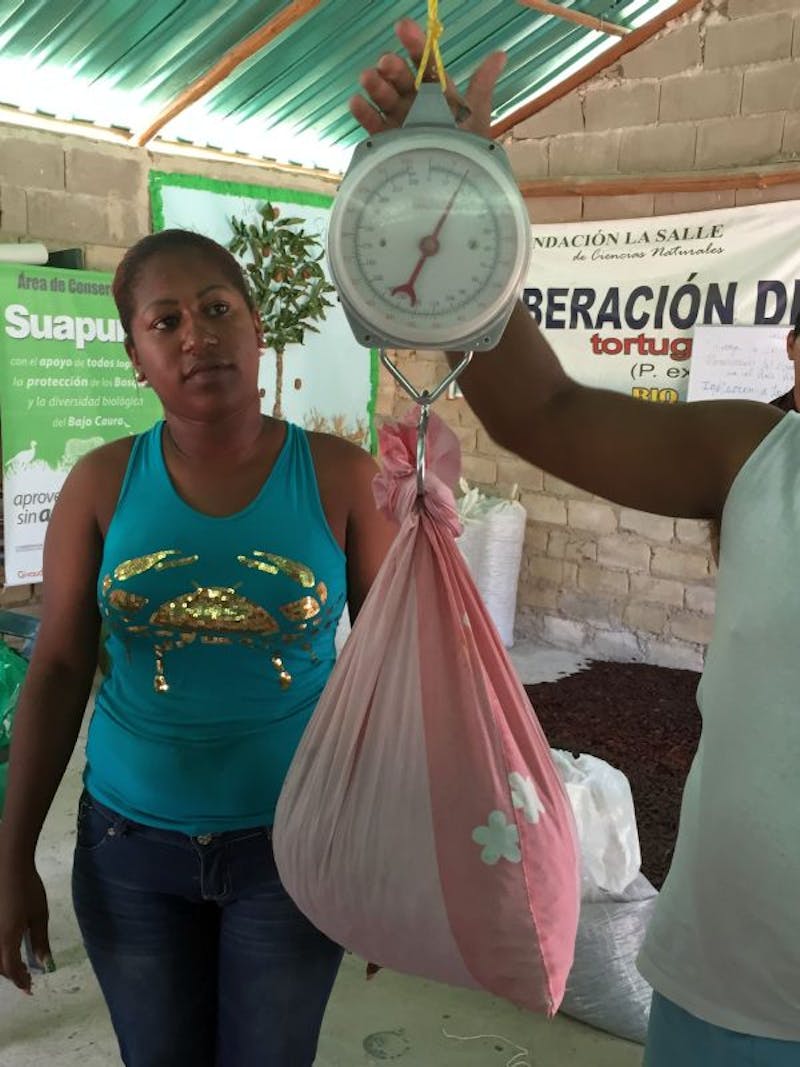 A woman from the village of Aripao weighs a bag of tonka beans at a weigh station. (© Conservation International/photo by Juliette Crepin)

Thanks to this cooperation, the forests in the lower basin of the Caura River are protected, and local people have gained a reliable source of income in the process. The agreement between CI and the Givaudan Foundation, renewed in December 2015 for four years, helps protect 148,000 hectares (366,000 acres), securing the future of sustainable tonka bean sourcing.

As Venezuela’s economic crisis continues to ripple across the country, this reliable source of income for Aripao’s residents is more important than ever. The storage facility can help farmers survive through weaker harvest years, as they won’t have to sell all the tonka they produce during the high production years. Community members are now taking over leadership of the administration and technical aspects of the conservation agreements, having a greater hand in their future.