Saving a shipwreck to save a village

Editor’s Note: New life — and a way of life — emerged from a World War II shipwreck. But the wreck itself is now in danger of crumbling, taking a community’s livelihood along with it. Can this wreck — and a village’s future — be salvaged? CI’s Kelsey Rosenbaum explains.

In 1942, a Japanese submarine torpedoed an American transport ship in Indonesian waters. In hopes of salvaging its cargo, the damaged ship was towed — and eventually beached — on the northeastern coast of Bali; the eruption of Bali’s Mount Agung in 1963 caused the ship to slide into the ocean.

In the decades since, the submerged wreck of the USAT (United States Army Transport) Liberty has played a surprising role in the lives of people nearby — spurring efforts, including a recent meeting between CI staff and community members, to protect the site where it now rests.

The wreck now functions as an artificial reef for a host of marine life ranging from tiny crustaceans, ghost pipefish and pygmy seahorses to large fish like sharks. In fact, out of the 805 reef fish species found in Bali, more than 246 reef fish species live on this stretch of reef.

The reef, in turn, attracts tourists. 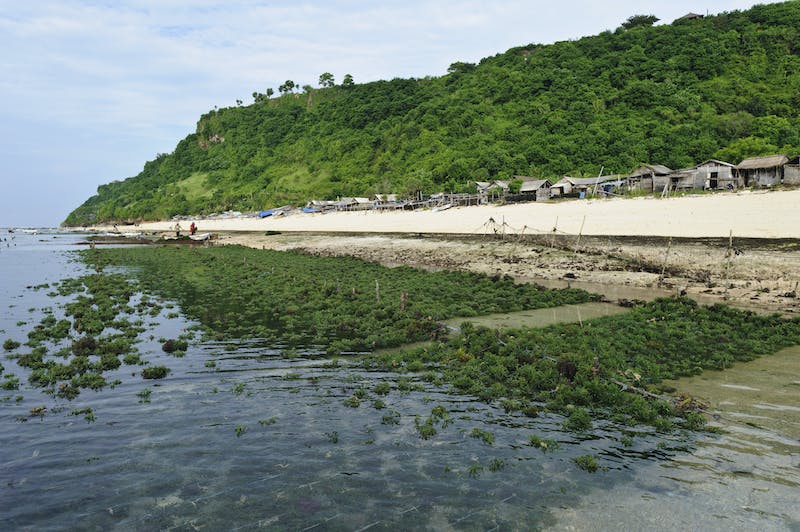 Only 30 meters (almost 100 feet) off the coast of the tiny village of Tulamben, the shipwreck has had a significant impact on the livelihoods of local men and women over the past decade, bringing new jobs as dive guides, hotel staff and other tourism-driven positions. Development of tourism infrastructure has also led to social benefits, including better education opportunities.

Unfortunately, the wreck site is considered vulnerable due to extreme weather conditions that have led to chemical weathering and corrosion, as well as the large number of tourists diving at the site. If significant steps aren’t taken to protect the wreck, it will likely degrade beyond recognition in 15-20 years — taking the benefits it provides to Tulamben along with it.

But Tulamben can’t save it alone.

A recent meeting in Tulamben brought together community members representing different interests, including the traditional village leader, local government officials, female entrepreneurs and dive guides from the local association. The topic: How to protect the site and balance the diverse needs of the community.

Balinese villages follow customary laws called awig-awig, which ensure equity and equality for all people, maintaining social structure and conserving natural resources. These laws are often more revered than official Indonesian law because of their strong foundation in tradition. Each village has its own awig-awig, reflecting the village’s unique identity.

The villagers have attempted to protect the Liberty and its surrounding waters by enforcing awig-awig — creating designated fishing areas, no-take zones, and rules to prevent the destruction of the ship’s structure and coral reefs. Yet while the laws are well-known and followed by the community, many tourists and foreigners don’t abide by them — if they’re even aware of them.

Today, customary protection alone is not sufficient to protect natural resources — it must be supplemented by other conservation efforts.

A plan of action

To that end, CI has been aiding the development of a shipwreck conservation plan within a larger management plan of Tulamben Marine Protected Area (MPA). Working together with the local government, hotels, the restaurant association of Karangasem and other partners, CI has made a plan that includes:

CI’s Bali MPA manager, Iwan Dewantama, explained: “By using a ‘ridge to reef approach’ we are supporting the communities’ livelihood through sustainable fisheries and tourism. We also collaborate with partners such as the Reef Check Foundation, CORAL [Coral Reef Alliance] and the Sloka Institute to educate and empower the local community.” (Hear more from Iwan in the video clip below.)

Tulamben could easily allow foreign investors to build resorts and open dive operations to make money. But thanks to education, trainings, focus group discussions, workshops and other efforts by CI and partners, community members have learned that although rapid, unsustainable growth may have a short-term pay-off, it won’t equal the long-term benefit of protecting their resources and implementing sustainable tourism.

At CI, we often talk about nature providing human well-being for people — but until now I had never seen firsthand how important one ecosystem could be for a community. The USAT Liberty represents a small piece of history that has become a lifeline for this small village. Its residents serve as the guardians of the shipwreck, and understand that their own well-being depends on its preservation.

“Tulamben and the surrounding communities are happy to be supported by CI protecting their natural resources, and improving their economy,” Dewantama said. “They understand that working with CI and partners to create this marine protected area is the only way to secure their own future.”

Top photo: Off the coast of Bali, the USAT Liberty shipwreck and surrounding coral reef is one of the island’s most popular diver tourism sites. (© Klaus Stiefel)