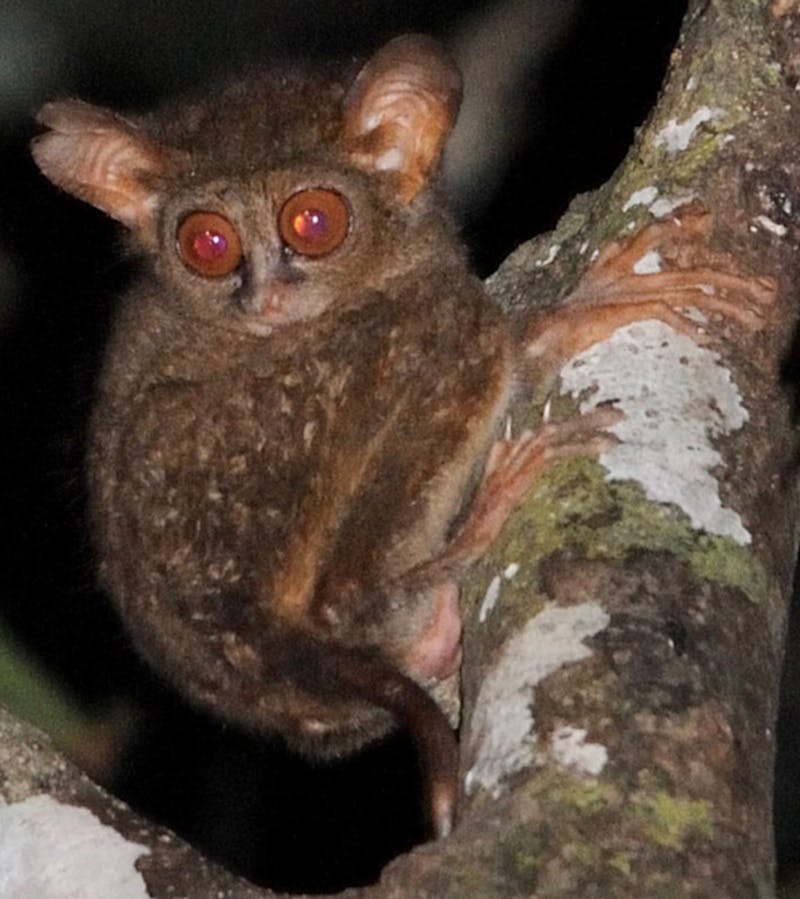 Two new species of tarsier — a tiny, nocturnal primate found only in parts of Southeast Asia — have been discovered on an island in Indonesia, a new study confirms.

With their adorably large eyes and prominent ears, tarsiers are rumored to have been the inspiration for Yoda from the “Star Wars” films. The new study, cannily published in the journal Primate Conservation on “Star Wars Day” — “May the Fourth be with you!” — raises a new hope for future forest conservation efforts in one of the world’s most exquisitely biodiverse regions.

“These two new species are the 80th and 81st primates new to science described since 2000 — this represents about 16 percent of all primate species known, and is indicative of how little we know of our planet’s unique and wonderful biodiversity,” said Russ Mittermeier, a primatologist with Conservation International (CI) and one of the study’s co-authors. “If we haven’t even gotten a handle on the diversity our closest living relatives, which by comparison are relatively well-studied, imagine how much we still have to learn about the rest of life on Earth.”

Tarsiers may as well have come straight out of a science-fiction film.

An adult male tarsier weighs about as much as a stick of butter. Its massive eyes — each as large as its brain, and the largest relative to body size of any mammal — are fixed in their sockets. (Helpfully, tarsiers can turn their head more than 180 degrees in either direction, like an owl.) The long-legged, long-tailed creatures can leap as many as 3 meters (10 feet) in a single bound. And rare among primates, they are completely carnivorous, eating only live food (mostly insects).

The two new species were discovered on the northern arm of Sulawesi, a large, orchid-shaped island in Indonesia. Their scientific names — Tarsius spectrumgurskyae and Tarsius supriatnai — honor prominent scientists: Sharon Gursky, a tarsier expert at Texas A&M University, and Jatna Supriatna, a biology professor at the University of Indonesia and a former director of CI Indonesia. While the two new tarsier species appear similar to each other (and to other tarsiers), they were isolated as new species through their distinct vocalizations and genetic data.

The study’s authors write that their research highlights the “conservation crisis” facing the region. As recently as 2014, Indonesia had the highest rate of deforestation in the world; habitats of unique and endemic species — including orangutans, Sumatran rhinos and tigers — have shrunk rapidly due in large part to unsustainable agricultural expansion.

The study’s lead author, Western Washington University researcher Myron Shekelle told the website MongaBay: “Sulawesi, like many regions in the tropics, is facing a conservation crisis. The big difference between Sulawesi and elsewhere is that owing to the complex geological history of the island, we have likely underestimated the true diversity of species there by an order of magnitude or more. Thus, each time habitat loss causes the extinction of what we might have thought was one species, the actual number of extinctions might be 10 times greater than that.”

He continued: “Primates, such as these two tarsier species, serve as flagships for conservation awareness. And if we set aside habitat for these two species, then as a result, we will also have set aside for the myriad other species of plants, insects and everything else that no one has the time, money, or interest to study, but which one day we may see as valuable, perhaps because they provide a drug to cure your child’s cancer, or perhaps just because we value it all as a part of the web of life to which we, ourselves, are connected.”