Editor's note: At CI, we know that iconic species can be a powerful tool to engage the public in conservation issues. National Geographic magazine photographer Joel Sartore knows this too; that’s why he’s taking “The Great American Zoo Trip,” photographing as many endangered animals as possible to show what’s at stake in terms of species extinction and to get people to care while there’s still time to save our planet’s wealth of biodiversity. CI’s Molly Bergen recently caught up with him to find out how the project’s been going. 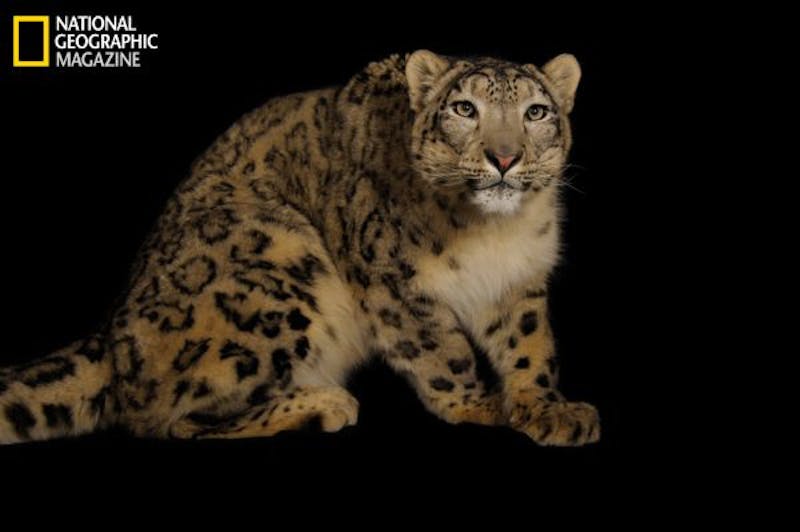 Question: Why did you decide to take “The Great American Zoo Trip”? What are you hoping to achieve through these photographs?

Answer: For the past five years or so, I’ve been working on the Biodiversity Project, an effort to photograph as many animal species as I can on black and white backgrounds, mostly at zoos and aquariums. I’ve got more than 1,800 species now.

Because the animals are isolated in the photos, there’s no way to judge size, which gives an endangered mouse as much weight and importance as a snow leopard. I’d really like the public to understand that every creature has its own beauty, that they’re thinking beings who have a basic right to exist on the planet with us. I’d also like viewers to understand that many of the species they see are either now or will soon be at great risk of extinction as humans spread out and consume the Earth’s remaining habitats and resources. As animals ourselves, it’s folly to think that we can drive everything else to extinction without grave consequences for ourselves.

Q: What’s the favorite animal/species you’ve photographed so far on this trip?

A: I really liked the Damaraland mole rats. They’re eusocial, meaning they maintain a very complicated caste system, one of only two species of mammals to do so. Per colony, they have soldiers, workers and a single breeding pair. They looked like aliens, but in a very cute way. 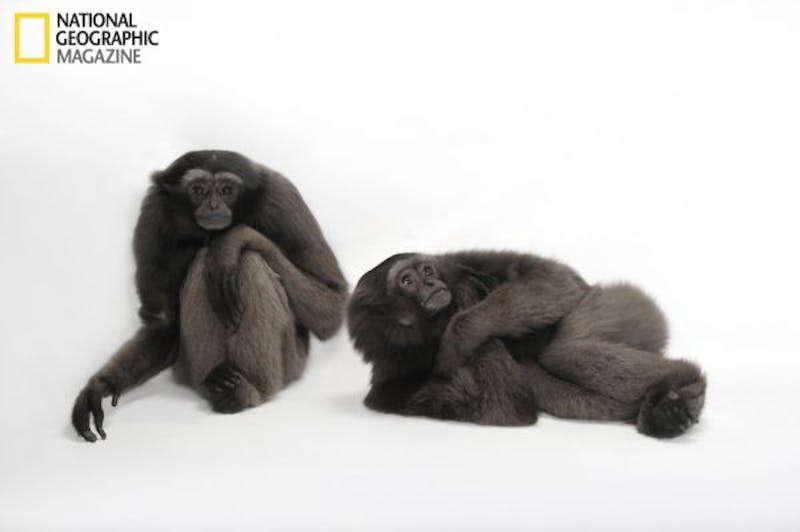 Endangered grey gibbons will not be seen in captivity much longer; there are too few in captivity to keep their population sustained and too few in the wild to bring more in. With limited space and funding, zoos must make hard choices every year in deciding which species to breed and which to let go, or 'phase out'. (© Joel Sartore/National Geographic)

Q: Which species did you find to be the easiest to work with? What about the hardest?

A: Any turtle is usually the easiest because they don’t move much. The hardest, by far, were the chimpanzees at the Sunset Zoo in Manhattan, Kansas. I didn’t get a shot. Not only did they try to throw their poop on me, but they shredded my nice white background before they even walked on it. It took just seconds. At least I got a little video out of the deal.

Q: What was the most “underrated” species you photographed — an animal that you previously hadn’t thought much about, but gained a greater appreciation for through this project?

A: The grey gibbon of Borneo [see photo above]. At the Miller Park Zoo in Illinois, there were two that I photographed. I was amazed to find out they were going to be “phased out” (translation; let go extinct) because there were fewer than the minimum 50 needed to sustain a captive breeding program, and there were no longer enough in the wild to bolster a captive breeding program. As we go forward in time, zoos will be forced to make harder and harder choices as to what species to save. There’s simply not enough room in the world’s captive facilities to save them all. A very sad situation indeed.

There is still time to save most of the world’s species, but we have to be moved enough to try. That’s where The Biodiversity Project comes in. People will only save what they love, and a key first step is for them to meet “first hand” all the species that are at risk.