On the trail of ‘Sharky McSharkface’ 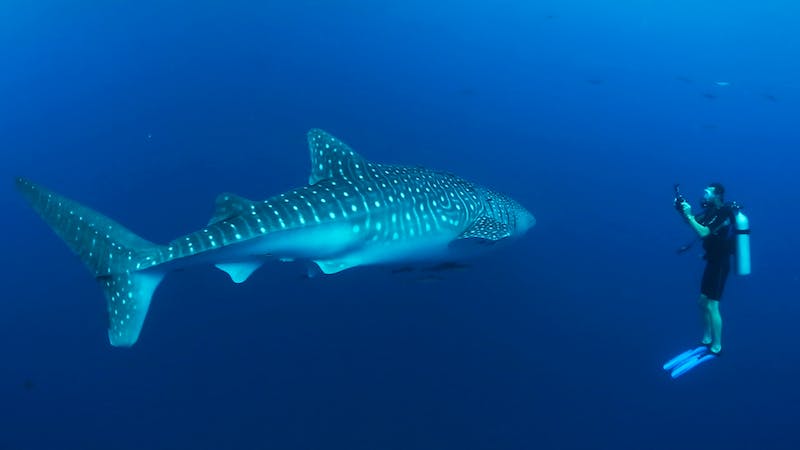 Sharky McSharkface and Blue Bandit may not know it, but thanks to the combined power of satellite technology and the Internet, people around the world can see where they’ve been.

Last month, these two whale sharks were given names chosen by the Conservation International (CI) community. Their movements — along with those of 10 other whale sharks currently sporting satellite tags in and around Indonesia’s Cendrawasih Bay — can be viewed in near real-time on CI’s whale shark tracker page.

“ As with a number of the Cendrawasih whale sharks, Sharky McSharkface has been a total homebody; since being tagged, he has dived to 875 meters [2,871 feet] but he’s never left the bay. By comparison, Blue Bandit has now logged over 4,600 kilometers (more than 2,800 miles), venturing out into the Western Pacific, over to Palau, Raja Ampat and Halmahera, and now has swum down into the Arafura Sea and is nearly into Australian waters! Along the way he’s hit 1,808 meters [5,932 feet] depth.”

As CI continues to monitor the sharks’ movements, a new collaboration with the Georgia Aquarium is poised to further expand scientific knowledge of the world’s largest fish. By partnering with the aquarium to carry out health exams and blood draws on the wild animals, researchers can provide baseline health and ensure animal welfare during tagging research.

In the meantime, catch up on the whale shark news you may have missed: