New to science: Species discovery in the waters of Fiji

Above: Gerry Allen photographing a secretive hawkfish hidden in a coral head. During the marine RAP (Rapid Assessment Program) in the Lau Seascape, the team attempted to photograph as many reef fish species as possible, particularly those that are rare or appear new.

Editor’s note: The article below is excerpted from a Special Report on the Lau Seascape in Fiji. It was originally published on June 2, 2017.

Last month, a team of conservationists set sail from the island of Fiji. Their mission: to survey marine life in the Lau Islands, an unheralded group of islets scattered over thousands of square miles of the South Pacific. (Read the first story in the series here.)

Researchers routinely find new marine species — a testament to how little we still know about our oceans.

This expedition was no exception. In this post, team members Mark Erdmann of Conservation International and renowned ichthyologist Gerry Allen report on some of the new species they believe they found during their dives in this little-explored part of the world.

Though Fiji’s reef fish fauna has been relatively well-researched in recent decades (with just over 1,000 species recorded as of the start of our survey), we were nonetheless optimistic of uncovering at least a few hidden gems as we combed the reefs.

To our delight, Lau proved to be highly biodiverse in reef fishes, and we recorded 527 species over the 11-day trip. Included in this total were six to nine new or potentially new species, as well as several previously known but still undescribed species.

<< Scroll down to see the species the team discovered >>

Unsurprisingly, most of these new and potentially new fish species were small gobies that are often overlooked by divers and even by many reef scientists. These included a number of coral dwarf gobies in the genera Trimma and Eviota, as well as a sand goby in the genus Grallenia. There was also a subtly beautiful damselfish in the genus Pomacentrus that we believe to be new and are currently comparing with its nearest relative.

We also managed to photograph and collect several triplefins in the genus Enneapterygius and a dartfish in the genus Parioglossus that are all potentially new and currently under further investigation.

In addition to the abovementioned species that we were able to both photograph and collect, we also observed three different deep-dwelling fish species that proved too shy and secretive to collect. In each case, we observed them only on a single dive, and managed at best a blurry photo before the fishes darted away. This was particularly frustrating in that these were all larger and quite beautifully colored fishes, including a rare slopefish, a cave-dwelling dottyback and a schooling basslet in the genus Luzonichthys. 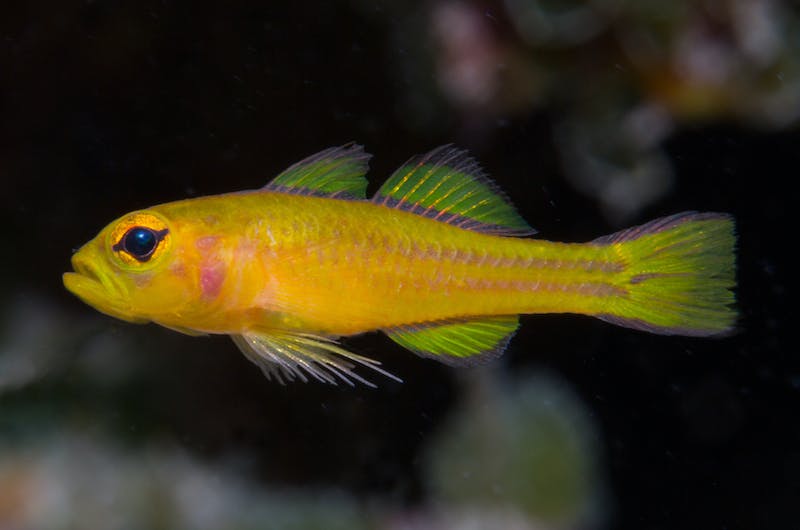 This stunningly-colored dwarfgoby, Trimma anthrenum, was described in 2006 from Fiji but had never before been photographed live. The striking blue eyes are only apparent in live photos. (© CI/Mark Erdmann) 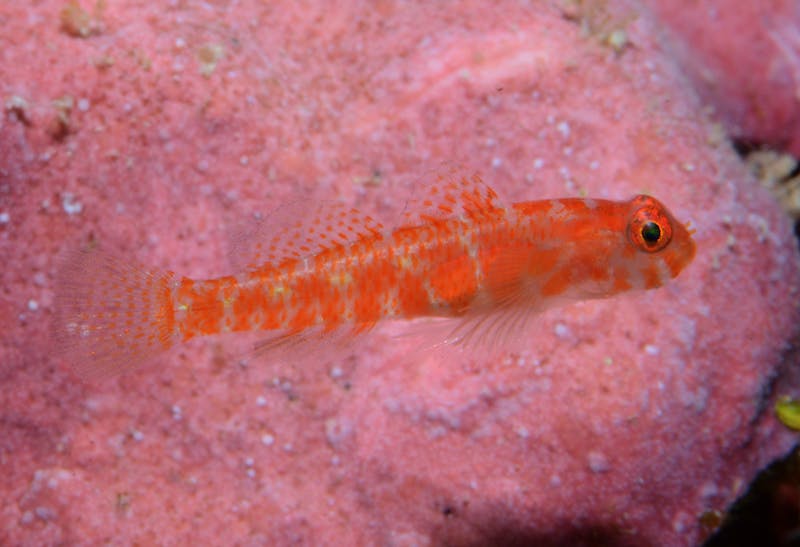 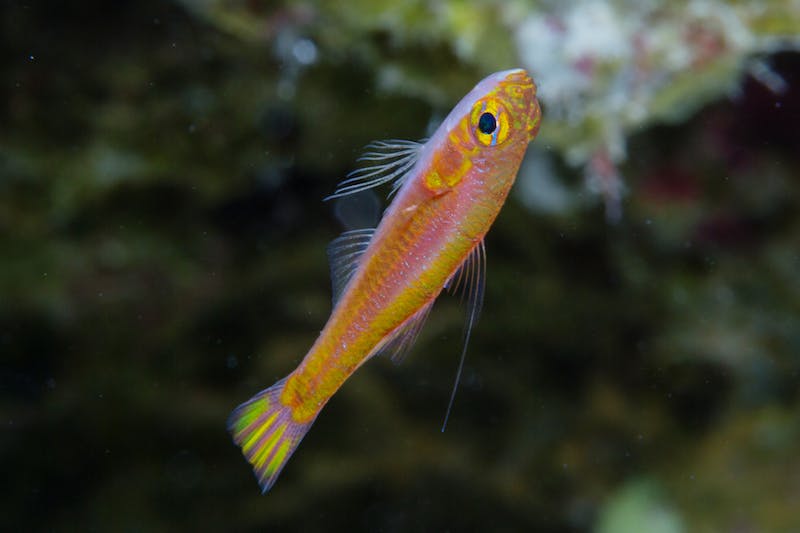 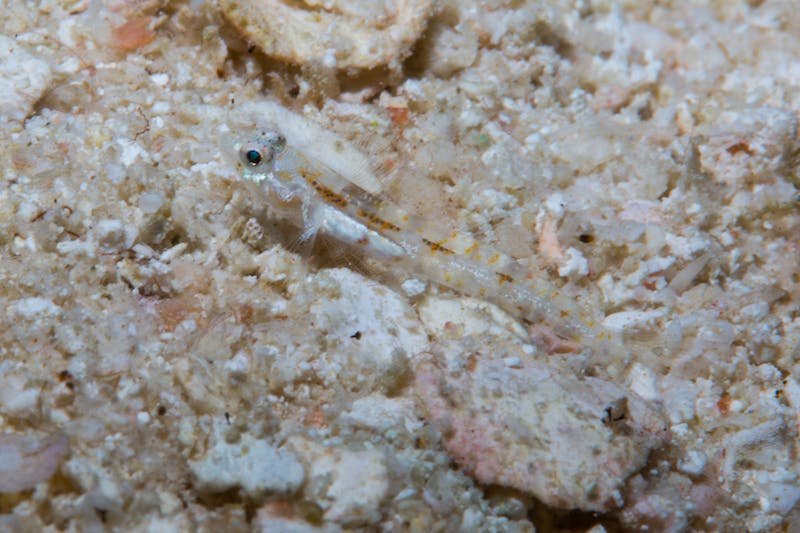 A definite new species of sand goby in the genus Grallenia (which incidentally is named after Gerry Allen!). (© CI/Mark Erdmann) 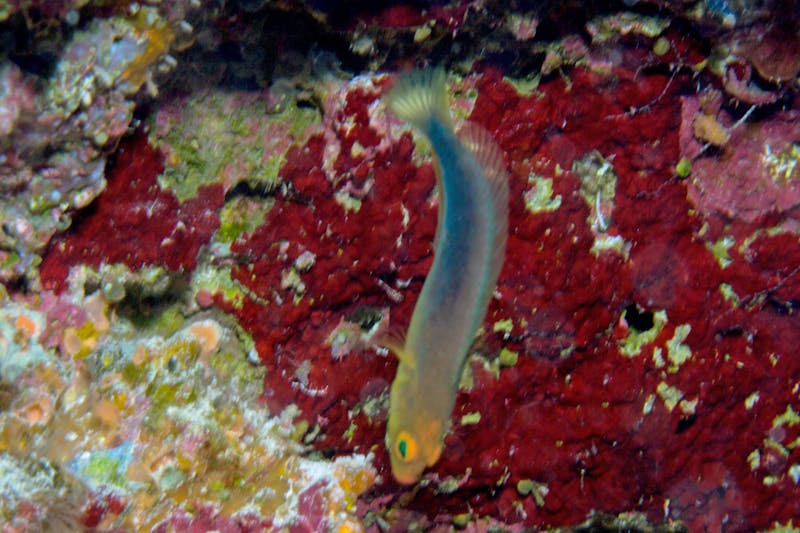 Some of our more exciting fish discoveries were highly secretive and all we managed were slightly blurry photos. Shown: a new dottyback species. (© CI/Mark Erdmann) 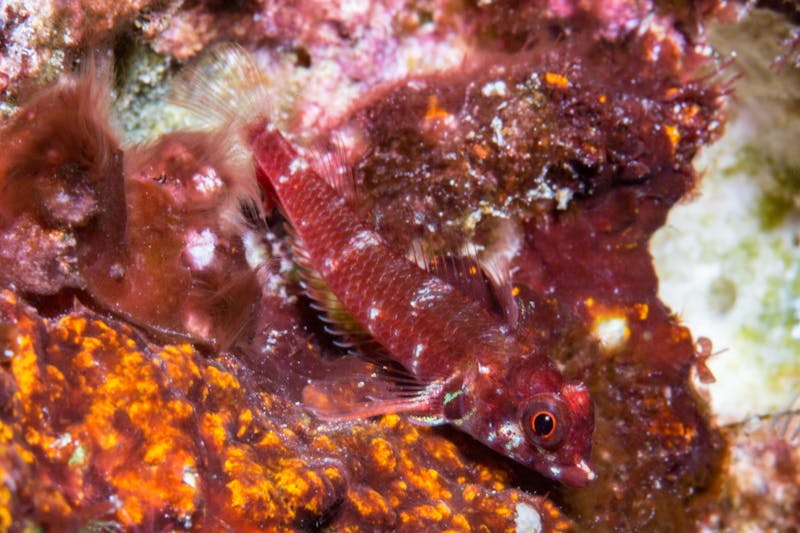 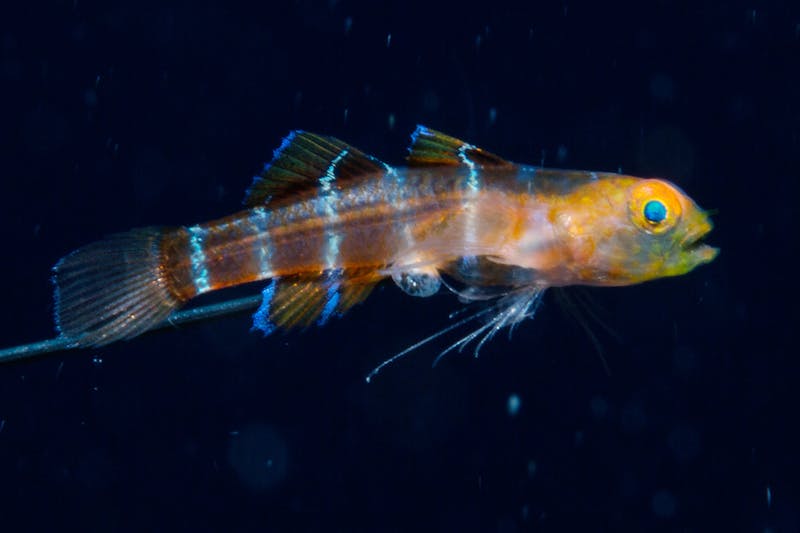 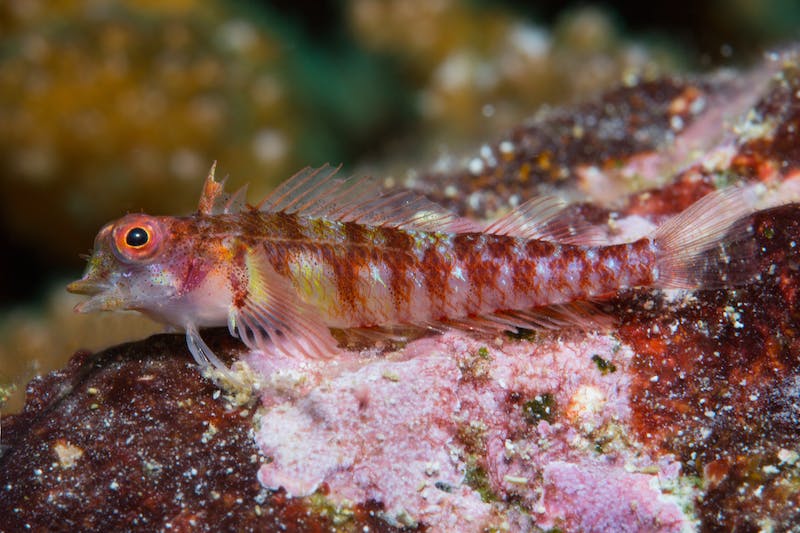 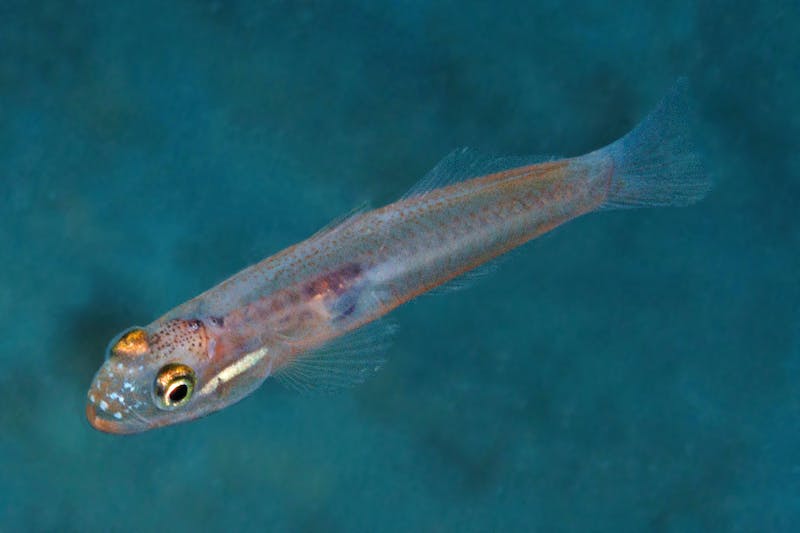 A likely new species of dartfish in the genus Parioglossus. (© CI/Mark Erdmann) 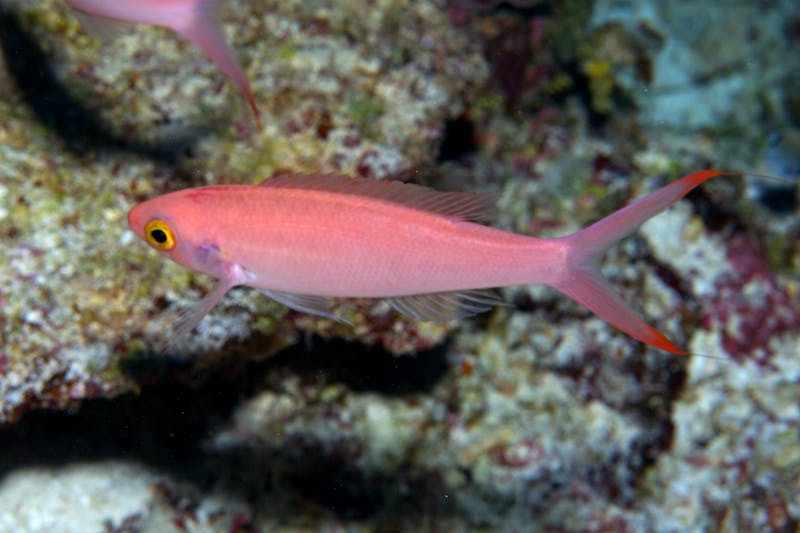 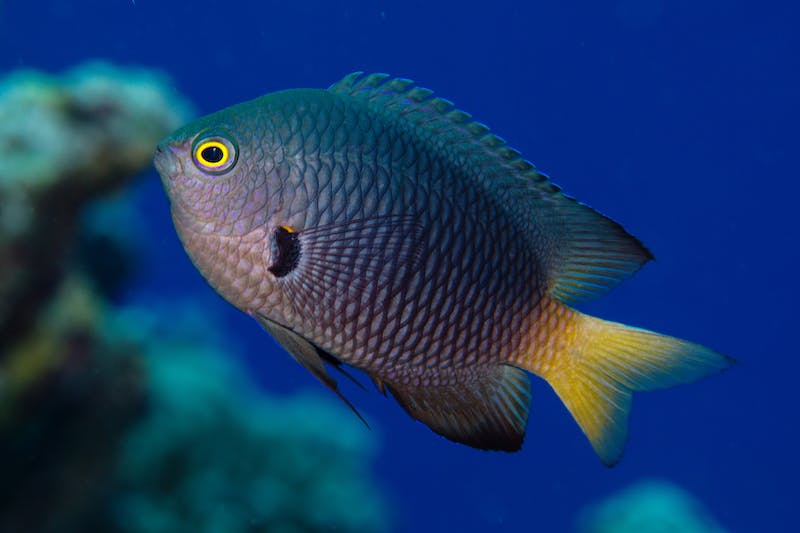 A likely new species of damselfish in the genus Pomacentrus. Genetic analysis will soon determine if this is definitively a new species. (© CI/Mark Erdmann)

Read the rest of Mark and Gerry’s story here.

Gerry Allen is a world-renowned ichthyologist.