New marine sanctuary in Galápagos Islands a ‘game-changer’ for wildlife

Above: Hammerhead sharks in Galápagos Islands.

Ecuador on Monday announced the creation of a marine sanctuary in the Galápagos Islands in an effort to protect an area crucial for biodiversity — as well as Ecuador’s economy.

The new sanctuary within the Galápagos Marine Reserve bans all fishing in an almost 39,000-square-kilometer (15,000-square-mile) swath of ocean — an area about the size of Switzerland — around Darwin and Wolf islands, the northernmost islands in the Pacific archipelago. Scientists heralded the move as a coup for conservation in an area that has been deemed too fragile and exceptionally unique to sustain even low fishing levels.

“In my wildest dreams I did not think such a sweeping improvement could be possible in the Galápagos, where incremental changes have been the name of the game,” said Scott Henderson of Conservation International, which has worked in the Galápagos for 12 years and which provided technical assistance to the Ecuadorian government leading up to the announcement. Conservation International compiled ecological and economic data that was used to help identify optimal zoning scenarios that maximized economic returns from fishing and tourism while at the same time maximizing protection for especially vulnerable species and habitats.

Before Monday, “the Galápagos Marine Reserve were already better protected than most marine areas, but the Galápagos had grown out of the previous zoning system,” he said.

The new sanctuary is home to the highest concentrations of sharks in the world, as well as large numbers of sea turtles, whales, seabirds and coral reef habitats. Protecting the area, in turn, protects a thriving dive tourism industry that depends on the health of the wildlife that live here.

“This is the greatest dive site on Earth,” proclaimed Henderson, formerly a dive guide in the region. “It’s what made me a conservationist.”

The area’s value from tourism outstrips its value from fishing, and while all industrial fishing was already banned throughout the islands, that hasn’t stopped poachers, according to Norman Wray, manager of Conservation International’s Galápagos program. Vessels, many from other nations, have been known to fish illegally in the Galápagos, he said.

“They have been seen and caught multiple times, often with heavy fines, but they come back eventually,” Wray added.

The new sanctuary provides a greater impetus to stop illegal fishing, and enforcing the ban in such a large area of water won’t be easy. But this is just one effect of the sanctuary that has to be managed. 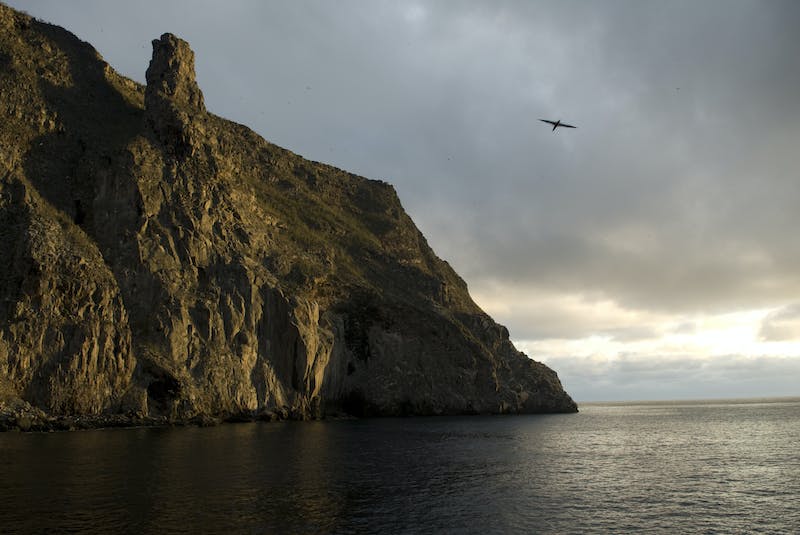 “There will always be concerns about enforcing these declarations, just as there have to be concerns about whether the right investments will be made to make fishing more sustainable in the areas open to fishing, and whether the declaration will fuel more tourism that also becomes more difficult to manage,” said Luis Suárez, executive director of Conservation International Ecuador. “No one is more concerned about this than the Ecuadorian government, and being responsive to this is our job.”

A recent success story from the central Pacific illustrates that fishing bans can work in the right circumstances. In the case of the Galápagos, Suárez said follow-up will be crucial.

“This can be a win-win for absolutely everyone, but the declaration is only the very first — but absolutely game-changing and important — step.”