My ‘aha!’ moment: In Madagascar, a fisheries discussion without the fishers 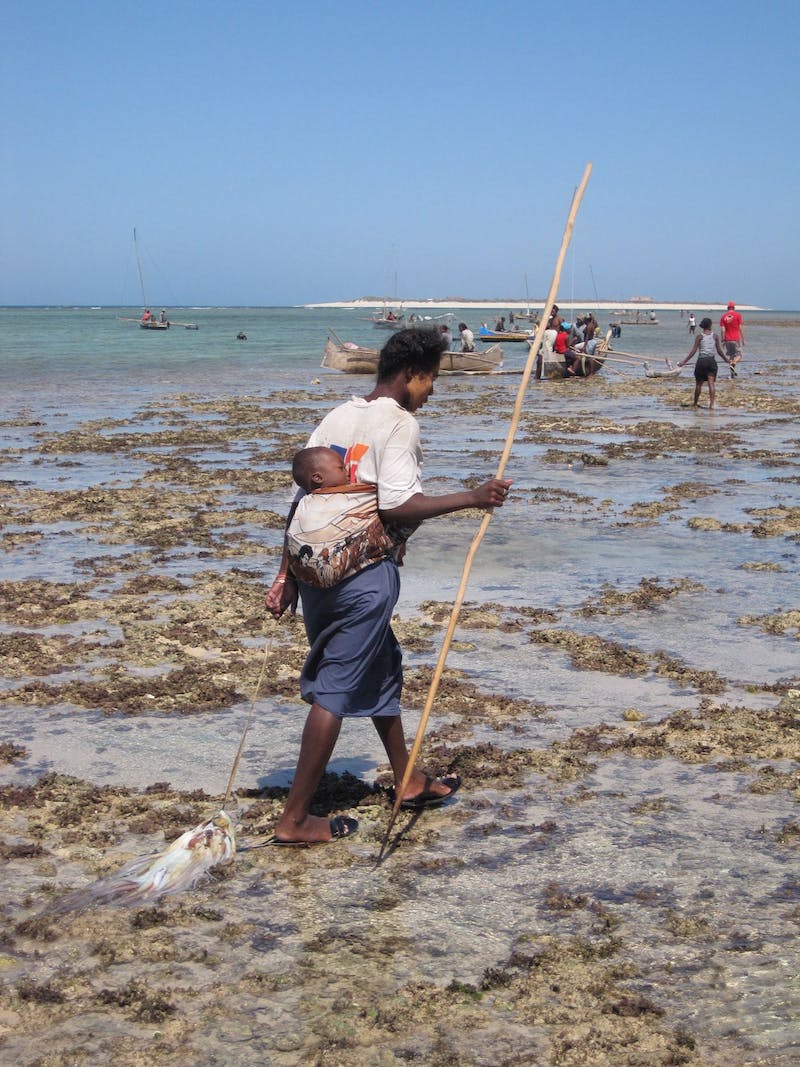 In this remote community in southwest Madagascar, women fish for octopus in the shallows while the men take fishing boats out to deeper waters. In order to catch their prey, the women wait for the tide to recede, gather their children and spears, and head out to the reef flats where the octopus hide in their dens. (© Kame Westerman)

I was sitting on a narrow bench in the community center — a hot, dim room lit only by small windows and bright sunlight streaming in through cracks in the wooden walls. Outside, the sound of waves hitting the beach only 20 feet away and a slight dry breeze from inland provided some relief. At the front of the room stood Roger Samba an energetic man with graying hair and bright, kind eyes. He held the audience captive, leading them through the annual planning process for the local octopus fishery closures.

In this remote, arid region of southwest Madagascar, octopus is the area’s main income source, providing much-needed cash for nearly every family. For years now, the communities in this region have been closing off certain areas of their reef flats — where reef and shoreline meet — for several months at a time to allow the fishery to recover. It has proven very successful, both biologically and economically, and has been replicated around the region, including in CI co-managed sites. 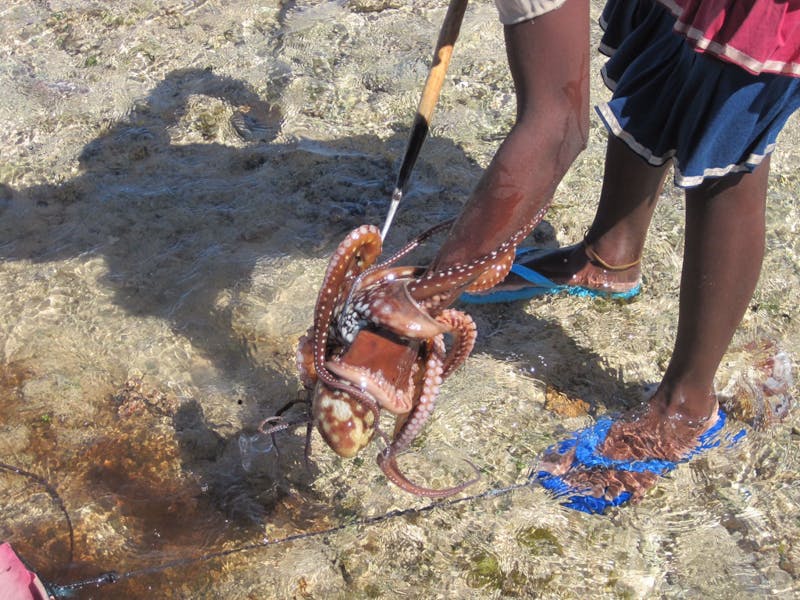 Octopus are caught by putting a spear into the animal’s den, twisting the spear slowly around until the octopus’ tentacles wrap together, and carefully extracting the whole bundle. (© Kame Westerman)

Octopus fishing is primarily women’s work. While men paddle out their fishing line-laden dugout canoes into deep waters at the crack of dawn, women wait for the tide to recede and, gathering their children and well-used spears, venture out to the reef flats. Octopus hide in burrows or dens within the reef flat, and these women are experts at catching them. They jab the spear into a den and then twist the spear slowly around and around until the octopus’ tentacles wrap together, carefully pulling out the prize.

As I looked around the room in this community center meeting, I couldn’t help but notice the dearth of women present. Of course, there were a few — in the back row, clutching young children. Maybe it was because their children were a distraction, or perhaps it was because they didn’t feel comfortable in this room of men, but the women seemed very disengaged from the conversation at hand.

But wait, I thought, this discussion about closing the octopus fishery was going to directly impact these and other women in the region. Why were there not more women participating?

By this time I had spent nearly five years in rural Madagascar — first as a Peace Corps volunteer, and then working for a nonprofit, and I had studied conservation biology in both undergrad and graduate school. Conservation is about people, and I had spent my entire professional and student life focused on community-based conservation. Yet the gendered dimensions of resource management had never been so glaringly obvious to me. 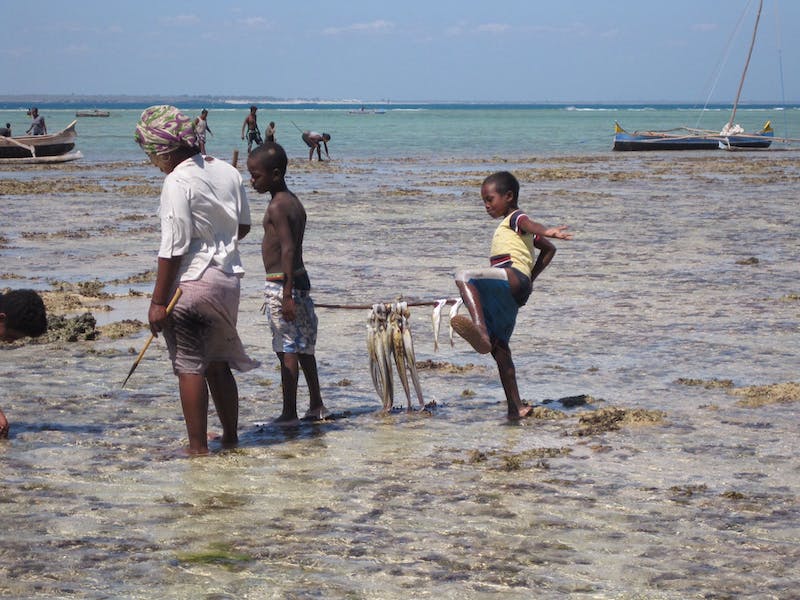 My nonprofit put together a team of two local staff — one man and one woman — to investigate. They travelled to 10 villages along the coast to talk to men and women about management of the octopus fishery and figure out why there were not more women involved. We found that most women do not attend because of time constraints, desire and/or support from their husbands or families. However, both men and women recognized the need to better incorporate women in the meetings; the women suggested that the female octopus fishers should have a side meeting and decide on a unified plan regarding the closures, which would then be presented to the larger group. These meetings were subsequently established, and five years later, the fishery’s management body includes more women and young people, making it more representative of the people who interact with this ecosystem every day. (You can read more about the process and our findings here.)

This experience really opened my eyes to the fact that men and women use natural resources differently, and therefore have different needs and desires for conservation. At the same time, this notion that community leaders necessarily know or speak for all community interests is a fallacy that conservation routinely falls into.

If you had told my previous self that I’d one day be a gender advisor, I would have been quite surprised. But now, after nearly four years at Conservation International, I can’t imagine putting my conservation experiences and knowledge to any better use.