Lessons learned in the ‘Kingdom of Fishes’

Editor’s note: Indonesia’s Kaimana region is 36,000 square kilometers (13,900 square miles) of land and sea that make up the “bird’s neck” of Papua Island — and house about 75 percent of the world’s coral species. Yet the natural splendor of Kaimana — referred to by locals as the “Kingdom of Fishes” — is not immune to environmental challenges. From national regulations that clashed with sustainable local policies to destructive fishing practices that poisoned the water and fish, Kaimana was in need of a conservation intervention. That’s when Conservation International (CI) stepped in. 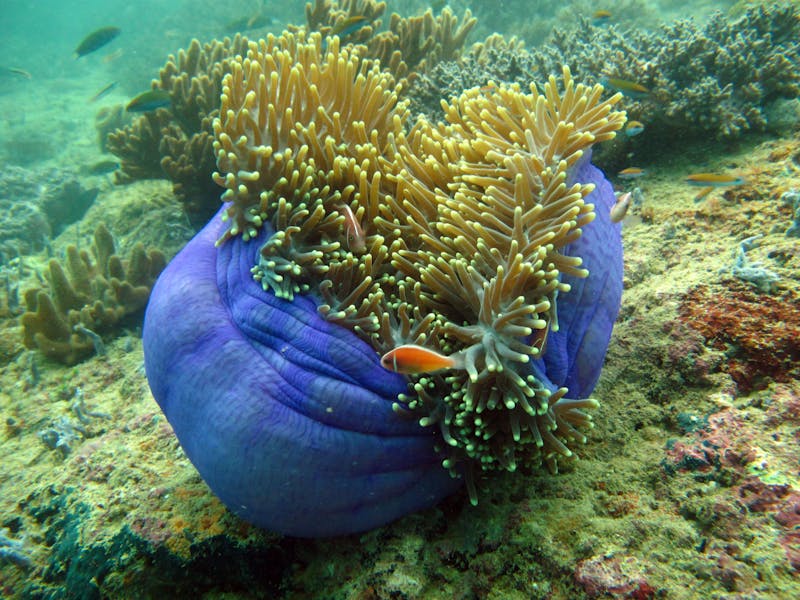 Stopping the destruction in Kaimana

Destruction in Kaimana started in the 1980s and began to bloom in the 1990s. Overfishing and illegal fishing practices decimated fish stocks. The area’s biodiversity and beauty — used to draw scuba divers, tourists and fishers from around the world — were no match for the destruction.

In 2008, CI began collaborating with the local government of Kaimana to preserve the incredible natural resources of the area and to expand CI’s work in West Papua. To help these conservation efforts, a system of marine protected areas (MPAs) was applied in four districts — Kaimana District, Etna Bay, Arguni and Buruway — covering more than 500,000 hectares (1.2 million acres), an amount equaling 2.5 percent of the 20-million-hectare (49 million-acre) total that the Government of Indonesia set as an MPA target for 2020.

To achieve this, we’ve worked directly with the local government and with the community to not only change policies, but to get community members’ input — these are the fishers actually using the waters — and to help educate people about why conservation is important. With time, monitoring and collaboration, we have been able to restore and protect the astounding natural marine biodiversity of Kaimana, which boasts 605 species of zooxanthellae corals, 10 species of shark, manta rays, dugong and five out of seven of the world’s sea turtle species. 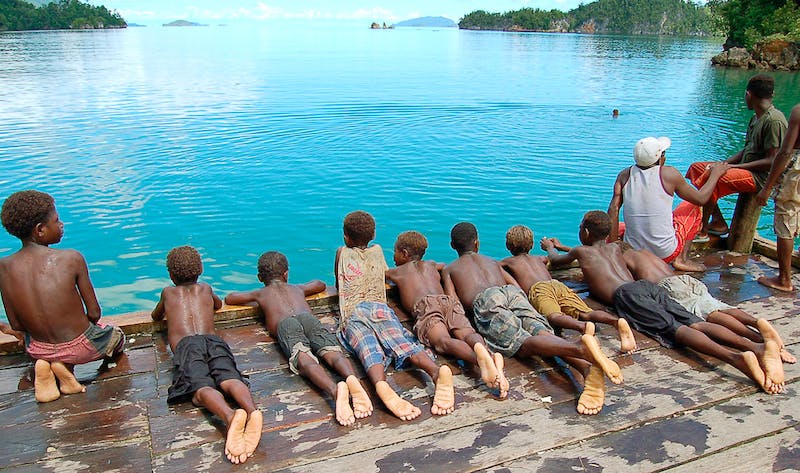 From Sunday school to government meetings

Religious institutions are central to community life in Kaimana, so CI worked with leaders of different churches to incorporate environmental messages into education plans. Daniel Emola, the priest of Indonesian Protestant Church in Kaimana, described how through cooperation with CI, the church “plant[ed] seaweed, [did] eco-friendly fishing, mangrove planting … [and] beach cleaning,” which were undertaken to prevent polluted seas, reduce erosion and degradation, and preserve marine organisms. During the fasting month known locally as Safari Ramadan, several women in the community attended lectures on the environment as part of their prayer studies. As one community member pointed out, “[The] sea does not need humans, but people need the sea.”

Out on the water, the MPAs face challenges from weak supervision and patrolling. For a long time, local and migrant fishermen were free to catch fish using methods that were unsustainable and decidedly environmentally unfriendly. Together with an ineffective fishing licensing system and non-compliance behavior among fishermen, Kaiman’s fish stocks dwindled.

Working with the Kaimana government, CI Indonesia organized and carried out patrolling activities involving groups of local community members, many of them fishers. Unable to effectively monitor the waters on its own, the local Fishery Agency needed support from the local community — so we established the Pokmaswas, or Community Monitoring Team, in 2012.

In Kaimana’s Nusaulan Village, stopping irresponsible use of marine resources is achieved in part through Perkam or village regulation. “We do our patrolling because we have found fishermen entering our territory without any permits. Based on Perkam, fishermen are not allowed to conduct activities without the permits,” Mukey Samay, a fisher and member of Pokmaswas explained. As one of the driving pioneers of the Perkam, Mukey added that it’s crucial that the Perkam was signed by customary leaders and the village government; today, it’s in the process of legalization at the regency level.

What’s next for Kaimana

During my interviews, the stakeholders and local communities I spoke with expressed the need for CI’s continued presence and assistance in meeting conservation goals in the area. While the funding from the Walton Family Foundation that has made CI Indonesia’s work in Kaimana possible will terminate at the end of June 2017, we’re committed to conservation in the area — and we’re continuing our work with communities around climate change impacts, sustainable fisheries, sharks and manta rays.

Victor Nikijuluw is the marine program director for CI Indonesia.