In the news: Degraded land spurs conflict in Kenya

A growing demand for land, coupled with climate change and unsustainable farming practices, is driving conflict in northern Kenya’s rangelands, according to Jeffrey Gettleman, a Pulitzer Prize-winning journalist and the New York Times’ outgoing East Africa bureau chief. In a new report, Gettleman explores the sometimes deadly struggles between landowners and herders near some of Kenya’s largest wildlife reserves.

“Kenya has a land problem,” he writes. “Population swells, climate change, soil degradation, erosion, poaching, global food prices and even the benefits of affluence are exerting incredible pressure on African land.” Gettleman writes that the situation could represent “one of the gravest challenges Africa faces.”

Earlier this week in an interview broadcast on Facebook Live, Conservation International (CI) CEO M. Sanjayan asked Gettleman about his insights for conservation in East Africa.

“This is going to be difficult for wildlife,” Gettleman said, “because, you have huge spaces that people are going to want to protect for the preservation of wildlife. … At the same time, you have huge population growth — more and more people. They need food. They need space. They need a livelihood. There’s pressure to farm more areas, to build on more areas, to build houses. We’re talking about a finite about of land. You cannot build, like, another floor.”

In Gettleman’s view, the solution lies in balancing conservation priorities with development — ensuring that communities see equitable benefit from the wildlife being protected. “I think that there needs to be more planning, more vision about how to balance these different interests. You can’t say that we’re going to protect the wildlife no matter what, because that’s being insensitive to some of the poverty issues. You have to say we’re going to protect the wildlife that’s going to help the people there and other places and that’s sensitive to these different needs.”

In the Namunyak Wildlife Conservancy in northern Kenya, CI is working in partnership with Northern Rangelands Trust and the local Samburu community to achieve both development and wildlife conservation. Through the Sarara initiative, CI has established ranger patrols to defend the community and its wildlife from invading poachers. CI is now working to bring new revenue into the community through wildlife tourism and carbon-offset projects linked to the land’s conservation. 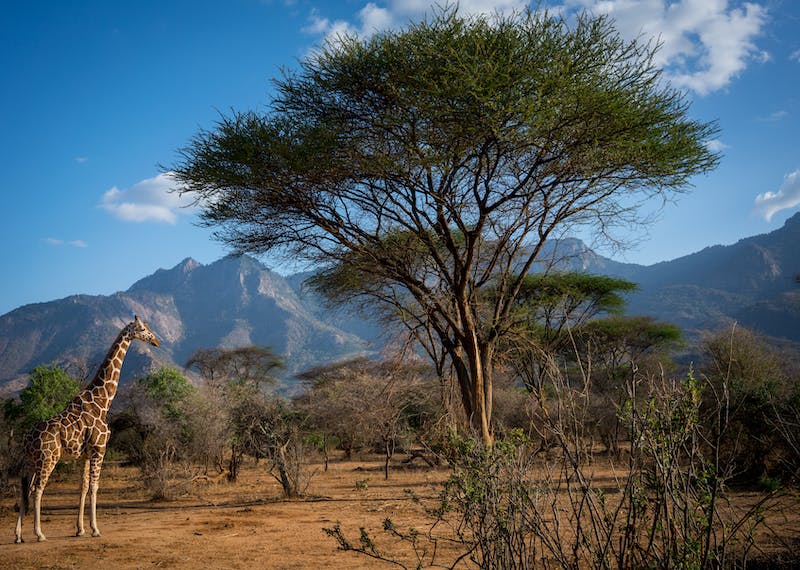 According to Sanjayan, this work is already making local allies by focusing on security and well-being. “I once asked a woman, ‘What has conservation brought to you?’ And she said to me, ‘Conservation allows me to sleep with my shoes off at night.’ What she meant was that, because there is security in the region now, she doesn’t have to put on her shoes to flee when raiders come in.”

To Gettleman, supporting livelihoods is a way to make change stick. “You have people that are working in these areas and making a living, supporting their families by connecting with tourism,” Gettleman said. “They know that animals are a big part of that tourism, and so they have a vested interest in protecting the wildlife so that they can make money and provide for their families.”

“The net result in Kenya is it’s a positive place for wildlife,” he said, “despite the challenges.”

Herders lead their livestock to water in the dry Kenyan savanna. A recent increase in conflict between herders and landowners points to a growing challenge for conservation and development in Kenya. (© Charlie Shoemaker for Conservation International)