After many hours bumping over poorly paved roads on the island of Palawan, Philippines, amid seemingly endless acres of coconut palm plantations and rice paddies, I noticed a strange sight repeating itself: thin deflated tires lying atop the thatched roofs of houses, shops and storage sheds.

They were used motorcycle tires, said Jeanne Tabangay, Palawan program manager at Conservation International (CI), placed there by residents to help keep their fragile roofs from blowing away in a storm.

I was in the Philippines to document CI’s efforts to protect and restore natural areas, particularly coastal areas that were devastated by Typhoon Haiyan in 2013. The sight of tires dotting roofs in Palawan underscored the many forms and purposes one piece of rubber may take throughout its lifetime in this rapidly developing country: a symbol of destruction, of status, of fear, of hope. 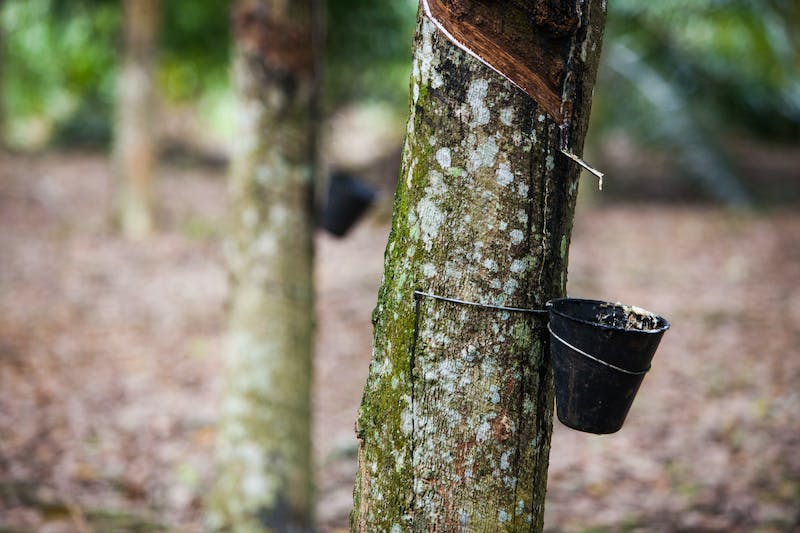 First, the tire is born as a rubber tree, possibly growing on a plantation on the Philippine island of Mindanao. In many cases, it’s construction by destruction: That plantation likely came at the expense of the country’s native forest; the Food and Agriculture Organization of the U.N. estimates that the Philippines lost one-third of its forests between 1990 and 2005. 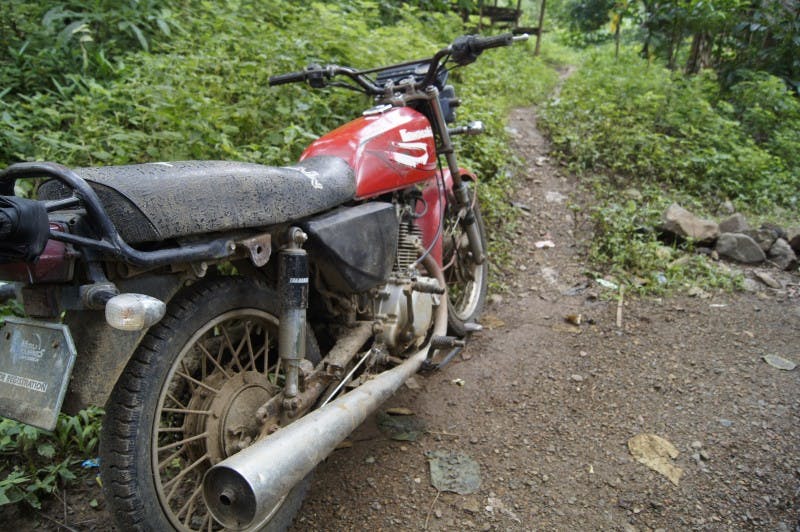 Motorcycle on a forest path in Brooke’s Point, on the Philippine island of Palawan. (© Conservation International/photo by Molly Bergen)

Eventually the rubber fulfills its destiny as a tire for a motorbike, a popular status symbol in the Philippines. A motorcycle stands for mobility, affluence, freedom. It also adds to the notorious traffic that clogs the streets of Manila and other Philippine cities while contributing to the smog that fills the air.

After the tire ends its useful life — likely due to a blowout on one of the country’s potholed streets — it may rest on the palm-fronded roof of a house, an earnest if feeble attempt by its owners to prevent the next typhoon from ripping the roof from over their heads. 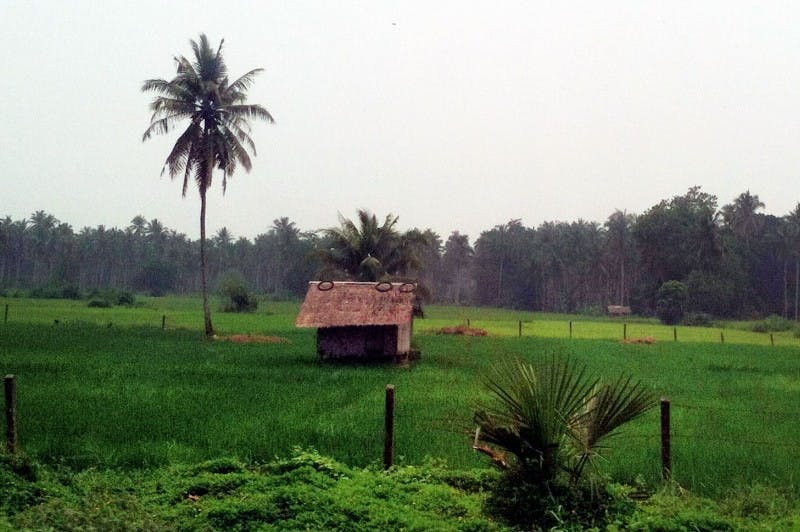 A building’s roof is laid with tires to prevent the thatch from flying off in strong winds. Typhoons have long been a part of life in the Philippines, but scientists predict that climate change will make them more frequent and intense. (© Conservation International/photo by Molly Bergen)

Typhoons have always been a part of life here, but they are likely to become more frequent and worse in the coming years: Scientists predict that climate change will strengthen the storms that already cause the Philippines hundreds of millions of dollars in damage annually.

It’s a cruelly ironic circle: The tires that contributed, albeit in a small way, to a warming planet are now being enlisted as protection from its effects.

As the effects of climate change continue to grow, humanity’s ability to adapt offers hope for the future. One other use for tires that I saw: as flowerpots, brightly painted in pastels, nurturing seedlings that might one day become the roots of a forest that re-carpets the Philippines once again.

Molly Bergen is the senior managing editor of Human Nature. Want to read more stories like this? Sign up for email updates. Donate to Conservation International.