It was a rare and curious sight for this tiny seaside village: a steady swarm of expensive yachts dropping anchor.

On a sweltering Saturday in April, the fleet was making a stop in Tarempa, the capital of Indonesia’s Anambas Islands as part of a leg of Sail Malaysia 2015, an international yacht rally in the South China Sea. In Indonesia, high-profile visitors like these are more common in Bali than in Anambas, a cluster of more than 200 mostly uninhabited islands in the country’s northwest, off the coast of mainland Malaysia.

But if locals have their way, more visitors could be coming soon.

The Anambas Islands are no Bali: With few tourists and only a handful of hotels and restaurants, the islands do not have the trappings of world-class tourism destinations elsewhere in Indonesia, even despite their relative proximity to wealthy Singapore.

That is starting to change. Committed to putting Anambas on the tourism map, the region’s tourism agency and the local government are working to make the remote islands a weekend destination for exploration and diving. Efforts to boost tourism are not new in Indonesia, which is on track to attract 10 million foreign visitors in 2015. As elsewhere in Indonesia, more visitors to Anambas would boost job opportunities for local communities in a part of the country that so far has been largely untouched by foreign tourism. 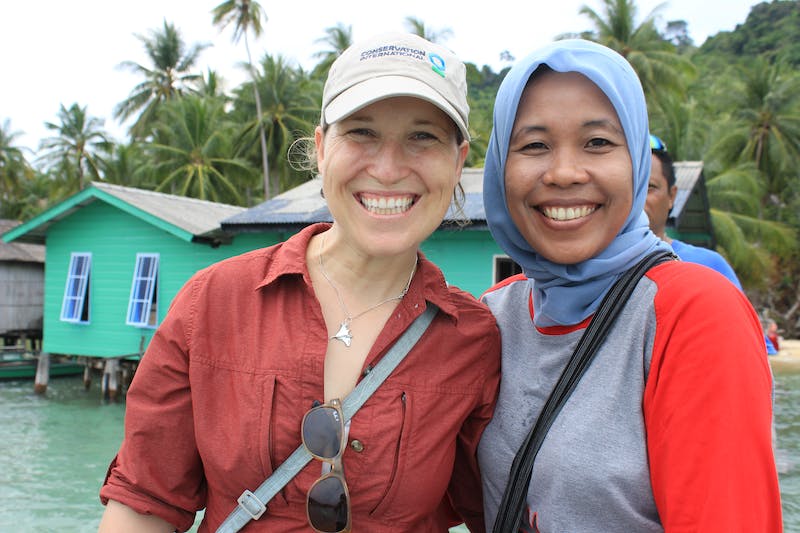 So: If increased tourism is the primary goal in Anambas, why is Conservation International (CI) working here? Because the waters under Anambas are teeming with life. A CI-led Marine Rapid Assessment survey in 2012 revealed that this region is home to more than 300 species of coral and 600 species of reef fish. With high biodiversity, oil- and gas-rich waters, and nearness to financial hubs like Singapore, Anambas is at a critical juncture between exploitation and conservation. Fortunately, the government recognizes the link between ecotourism and a healthy environment and is taking steps to ensure the protection of the islands and their resources.

With more than a decade of experience working in Indonesia, including the Bird’s Head Seascape and Bali, CI was tasked by the government to help local communities conserve the islands’ natural resources and ensure their livelihoods while the government develops tourism in the region.

Unlike other conservation initiatives in Indonesia, typically led by external partners and organizations, the government is spearheading the effort in Anambas. In 2011, the Ministry of Marine Affairs and Fisheries established a new marine protected area (MPA): the Anambas Islands Marine Tourism Park, one of only a few within Indonesia’s national MPA system found in the western part of the vast archipelago.

The multi-use park — formed with the consultation of the local community — has no-take zones and designated areas for community fishing and tourism use such as diving. As a partner, CI is leading courses and trainings to build government and community knowledge about the value of MPAs, as not only a conservation tool but as a keeper of life. 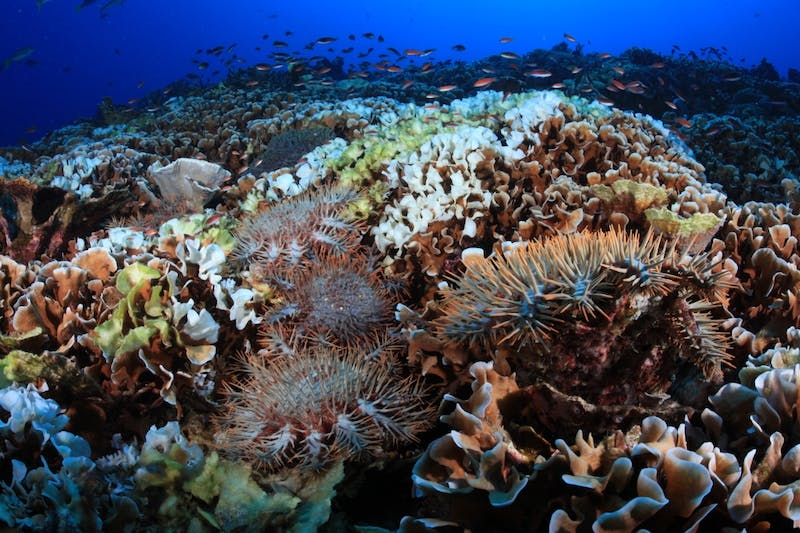 Crown-of-thorns sea stars observed on a reef during the 2012 Rapid Assessment survey in the Anambas Islands, Indonesia. (© Conservation International/photo by Mark Erdmann)

Our efforts are working. After CI hosted a workshop on MPAs and their benefits in the village of Telaga, the head of the village decided to close the local mangroves to motorized boats and commercial use for five years, giving the coastal forests time to recover so they can continue to provide long-term shelter and food for the community.

This example of community-driven action to protect species and ecosystems is inspiring, but there is still a lot of work to do. The will to conserve the region is there, but building the infrastructure for conservation will take time: Communities must still be trained in issues such as trash collection and enforcement of the protected area.

In time, and with help, Anambas has the potential to become a world-renowned ecotourism destination — a win-win for nature and for people.

Asril Djunaidi is the marine protected area capacity building manager for CI Indonesia. Want to read more stories like this? Sign up for email updates or donate to Conservation International.

Cover image: Dock in Tarempa in Indonesia’s Anambas Islands. CI is working with local communities to conserve the islands’ natural wealth and ensure their livelihoods while the government develops tourism in the region. (© Conservation International/photo by Karen Villeda)