A year ago this month, the Trio and Wayana indigenous groups declared the Southern Suriname Conservation Corridor, a 7.2 million-hectare (17.8 million-acre) reserve that brought the “greenest country on Earth” to new heights.

This environmental triumph was partially inspired by another one several years earlier: the 2012 discovery in this unexplored wilderness of more than 60 species never before documented by science. The species were found during a Conservation International-led Rapid Assessment Program (RAP) survey, undertaken to shed light on the biological and social importance of this unique place.

This week, photographer Randy Olson is taking over CI’s Instagram account, showcasing a few of his favorite images from several weeks in one of the most remote jungles on Earth. We’ve shared a few below, along with condensed versions of Olson’s captions. Check out our Instagram page for more dazzling photos of species that humans rarely see. 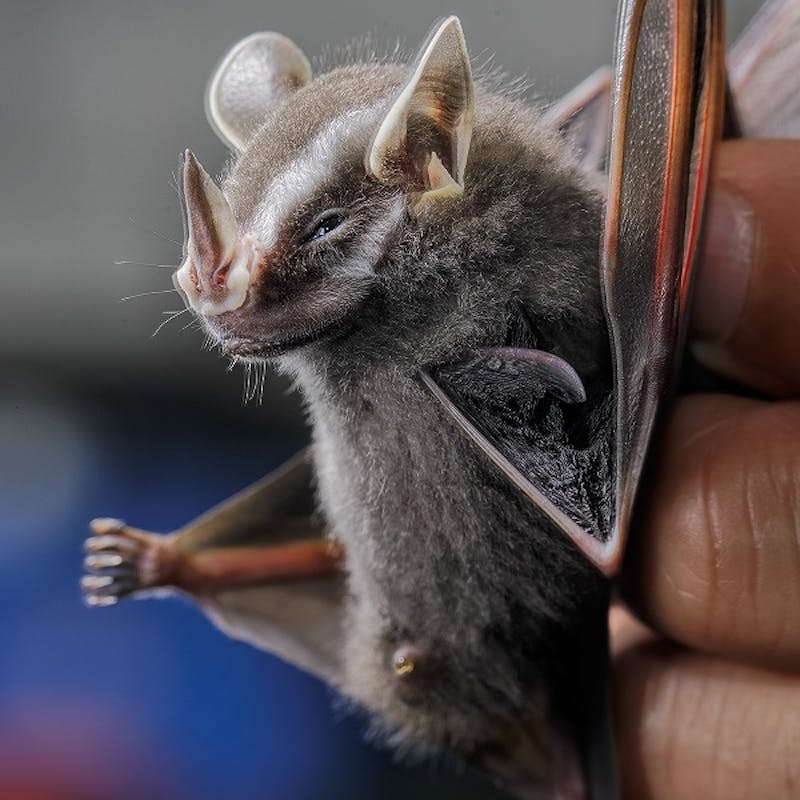 “Burton Lim collects and photographs this flat-faced fruit-eating bat (Artibeus planirostris). It is not one of the new species we discovered on this trip, but that doesn’t take away from seeing an animal like this in the wild. Our team documented 28 bat species on the trip.” 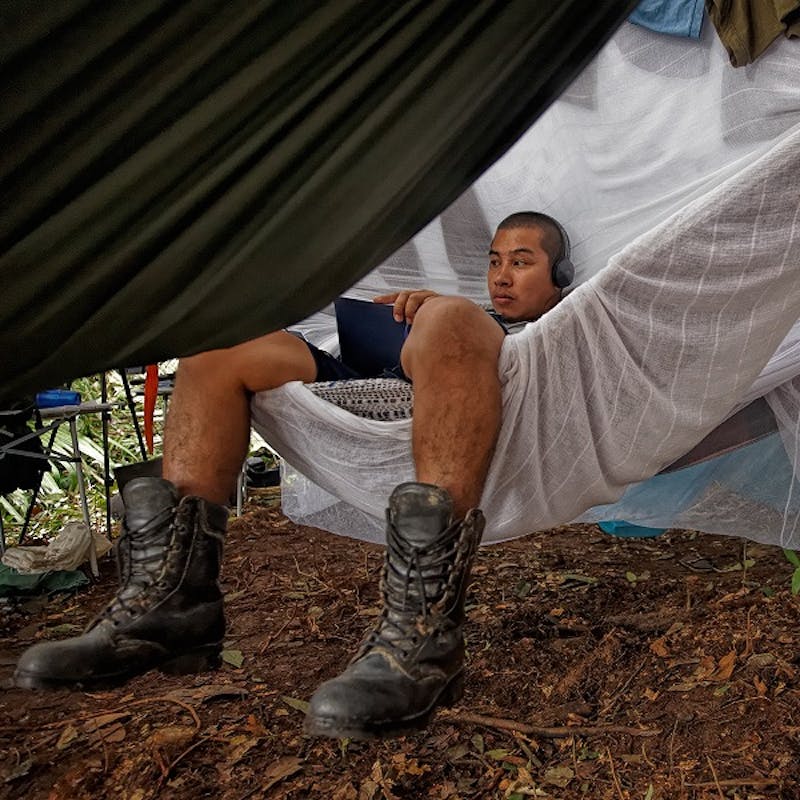 “Suriname warden Fabian Lingaard sits in his hammock at our second camp during this expedition into southeast Suriname. The country’s ancient forests remain one of the world’s best-kept secrets and one of the largest expanses of tropical rainforest in the world. The goal of this RAP was to assess the area’s biological value; promote the important role it plays in mitigating global climate change and freshwater provision; and identify what kind of impacts the construction of a hydropower dam on the Suriname River would have for the Palumeu watershed and the surrounding rainforest ecosystem.” 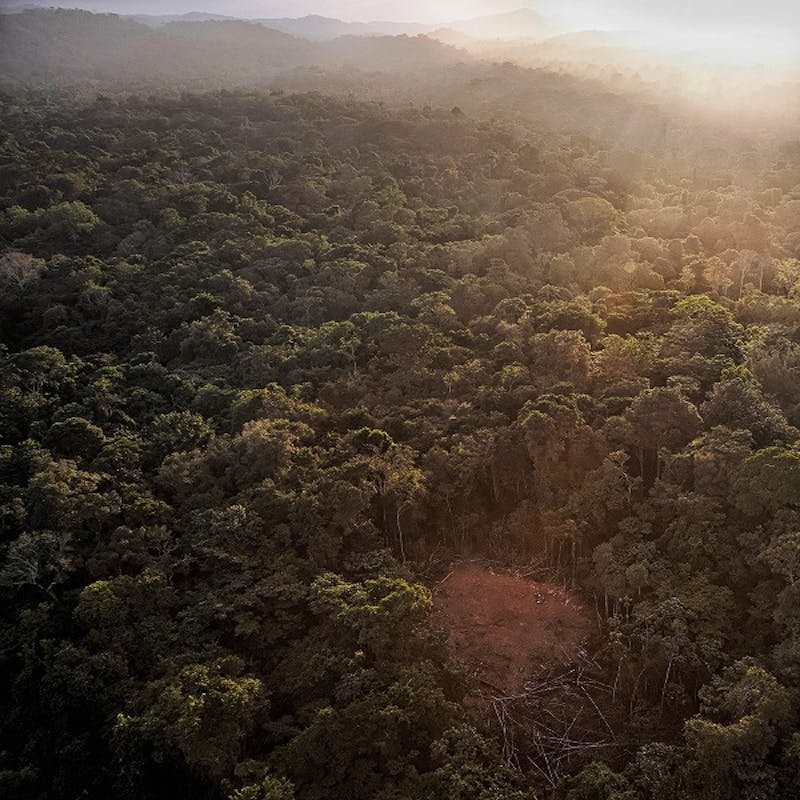 “An indigenous crew made a hole in the Suriname jungle so the RAP team could drop into its first camp by helicopter. It was a two-week journey over land and water for the crew to reach its second camp. This rainforest and its rivers provide water for transportation, food, drinking and sanitation for approximately 50,000 people in the surrounding areas and as far away as the capital, Paramaribo, on the Atlantic coast. They also provide an essential source of food, building materials and medicines for the local Trio and Wayana Amerindian tribes.” 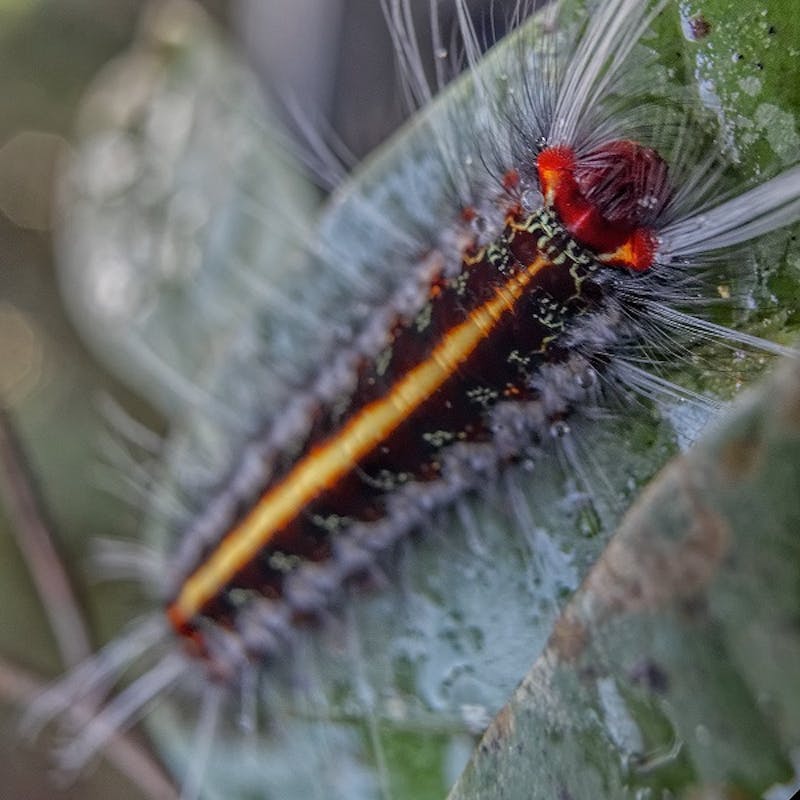 “I can’t remember how many caterpillars we saw! This RAP expedition yielded the discovery of over 60 species new to science. Despite this natural wealth, in 2012 the government began feasibility studies on building a series of hydropower dams to divert water from the Marowijne watershed into the Suriname River.” 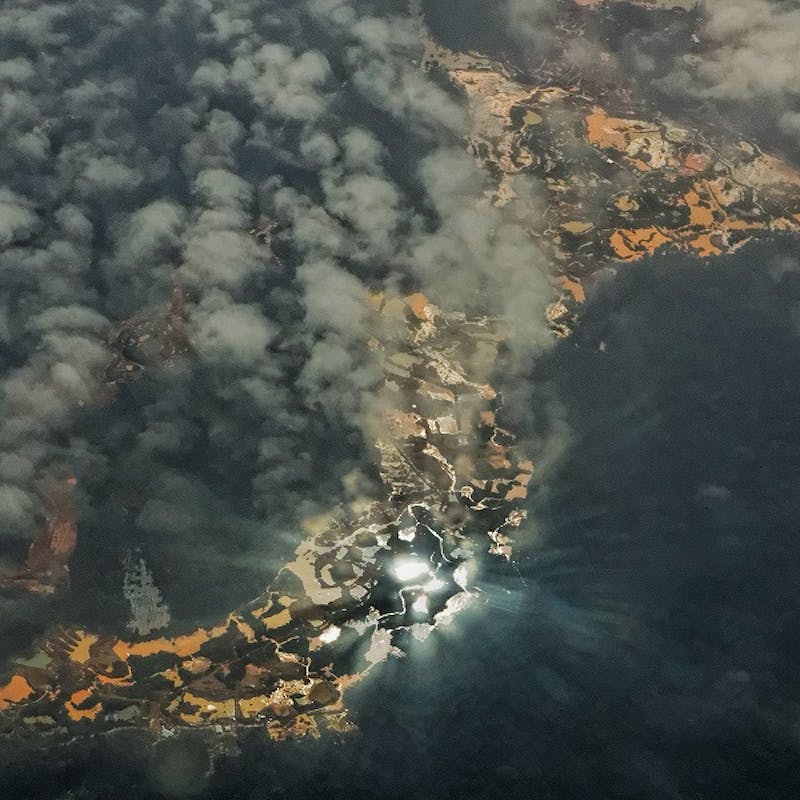 “Here is an aerial shot of mining activity. Greenstone Belt gold mines and associated holding ponds destroy the creeks and turn this jungle landscape into a moonscape.

“This is one of the most secluded, pristine jungles in the world, but there are plans to change that with a project that would cut a road through the area we surveyed, connecting it with a new road in Brazil. Extraction activities like mining, logging, hunting and fishing will only increase with upcoming road access.” 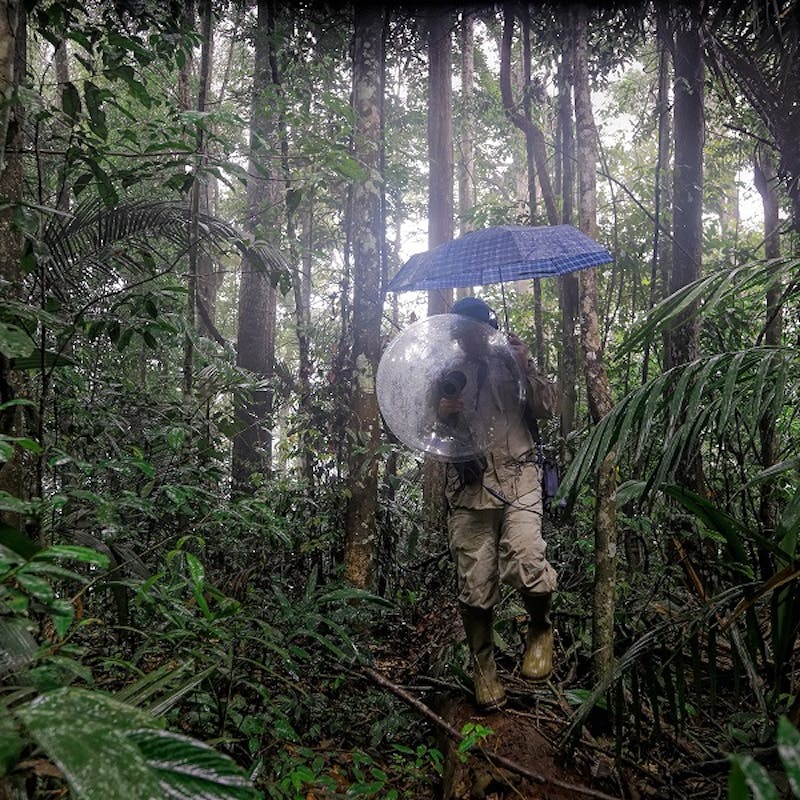 “The best way to document bird species in the jungle is to, well, listen. Brian O’Shea demonstrated how we recorded bird songs during the expedition to identify the species we might not have been able to see.”

Randy Olson has photographed more than 50 countries in two decades, primarily through projects for National Geographic. Molly Bergen is the senior managing editor of Human Nature.