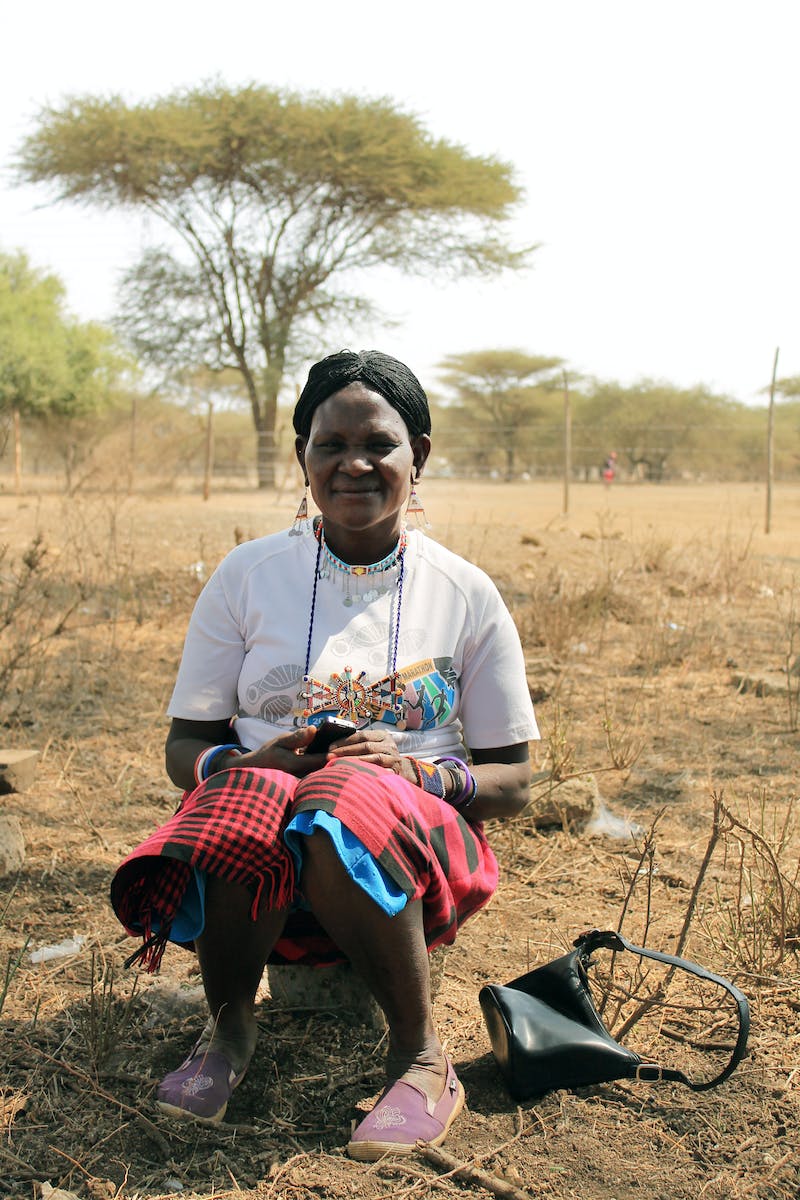 Namawe Sompol, a mother of two who works as a clinical health worker in the village of Illtalal near Kenya’s Chyulu Hills, has noticed a decline in fresh water available to her Maasai community in recent years. (© CI/Christina Ender)

Ernest Hemingway called them “The Green Hills of Africa” in 1935 — but these days they’re not so green.

In 2009, a severe drought killed as much as 90 percent of livestock in Kenya’s Chyulu Hills. Chronic drought, deforestation and overgrazing are taking an increasing toll on the hills, whose springs are a major water source for the more than 1 million people living in the downstream city of Mombasa.

Namawe Sompol, a mother of two who works as a clinical health worker in the village of Illtalal near the Chyulu Hills, has witnessed the change in the ecosystem over the years. “Water shortages during the dry season are a serious problem,” she said.

This has become a common story: a watershed in which a cycle of more people, less rain and fewer trees creates a dangerous spiral. In the face of widespread poverty and unsustainable development, how can communities like Sompol’s protect their life-giving springs?

If done right, putting a price on the value of nature’s benefits can help people across Africa protect and benefit from their historically rich resources. One project in the Chyulu Hills could show how.

The hills under threat

Overlooking the iconic Mount Kilimanjaro across the border in Tanzania, the Chyulu Hills emerge between Kenya’s world-famous Tsavo and Amboseli national parks. Savanna grassland and acacia woodlands dominate the low-lying areas as far as the eye can see, contrasting starkly with the lush green cloud forest atop the hills.

From the hills’ highest point (2,188 meters, or 7,180 feet), the surrounding area may appear devoid of people or wildlife — but looks can be deceiving. The area holds a huge diversity of species, ranging from the critically endangered black rhino to large herds of zebra and wildebeest. Local Maasai herders have also been grazing their cattle here for generations, co-existing alongside lions and other predators. 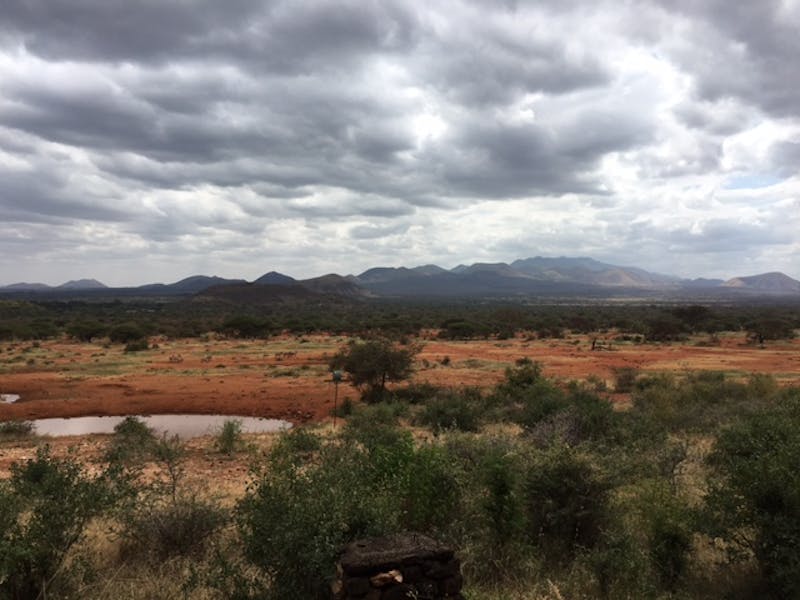 Over the years, however, a number of challenges have arisen. Growing human populations, reduced land area on which to graze livestock, poverty and the need for quick income have meant that there is increased pressure on the land. As Maasai communities experience degraded pasture resulting from their unsustainable livestock numbers, the Chyulu Hills National Park, although officially under the protection of the Kenya Wildlife Service, is victim to illegal practices such as degrading forest for charcoal production and wood-carving and encroachment by small-scale farmers.

Through the Chyulu Hills Conservation Trust, a number of local non-governmental organizations have joined forces with communities, government agencies and international NGOs including Conservation International (CI) to reduce the threats to and manage the Chyulu Hills sustainably. This is being done through a REDD+ (Reduced Emissions from Deforestation and forest Degradation) project, a global initiative to compensate countries and landholders that protect and restore the world’s forests. In addition to absorbing carbon from the atmosphere, trees are crucial for keeping soil in place, preventing erosion and filtering and storing rainwater.

The Chyulu REDD+ project covers an area of 410,000 hectares (more than 1 million acres), and will prevent an estimated 33 million tons of carbon dioxide from being emitted over the next 30 years — as much as keeping more than 232,000 cars off the road each year. Revenue from these carbon credit sales are expected to generate sustainable financing for conservation projects as well as provide benefits to local people.

Sompol knows which benefits she would like to see in her village. “Through this project, I hope to see more schools being built and support for scholarships. In addition, it will be important to have more boreholes for cattle and human consumption alike.” 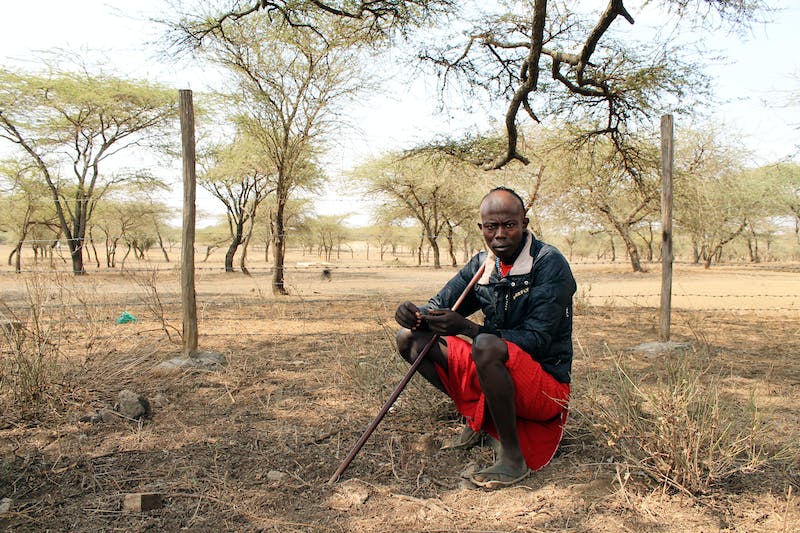 Especially in the dry season, lack of water and vegetation due to degradation make it very difficult for herder and head of the morans (Maasai warriors) Masheer Torei to sustain his livestock. Torei now needs to travel long distances in search of pasture, and even further to find water. (© CI/Christina Ender)

In order to ensure the sustainability of this iconic landscape, CI is working with partners to protect the area from further habitat loss, with communities to improve grazing and rehabilitate degraded areas and with the government to find a way to improve water provision for those who need it. The REDD+ project is currently being verified by a third-party audit, and should be on track to generate carbon credits by early 2017. In the coming years, we hope to also establish a payment scheme in which downstream water consumers help support the protection of the Chyulu watershed that provides for them.

The Chyulu Hills are not alone in the struggle to balance environmental protection with rural development. Under the Gaborone Declaration for Sustainability in Africa (GDSA), which was signed in 2012, 10 African countries have committed to advancing sustainable development whilst recognizing the importance of nature conservation to their economies. As the secretariat of the GDSA, CI is working to implement pilot initiatives from which lessons can be shared amongst these countries. The Chyulu Hills project is a prime example of this, and the outcome looks promising.

Christina Ender is the program manager for payments for ecosystem services (PES) in CI’s Africa field division, based in Nairobi, Kenya.