The creation of a marine protected area (MPA) is often lauded as a happy ending.

But in fact, it is only the beginning.

Case in point: in 2007, the Indonesian government declared an MPA in the Natuna Islands, a remote archipelago more than 1,000 kilometers north of the capital, Jakarta. Although it spans 1,430 square kilometers (552 square miles), so far this MPA has no established management — there is no staff to patrol the park, no designation of which areas can be used for which activities, or allocated budgets to ensure the waters are actually being protected. In fact, an in-depth marine assessment had never been conducted around the Natuna Islands — until now.

I recently led a team of scientists and government officials on an expedition to survey the health of the islands’ coral reef and fish populations, as well as local communities’ dependence on these resources. What we found revealed the precarious state of the environment in this isolated part of the world: highly dependent fishing communities, dwindling fish populations and a slew of pressures that are negatively impacting the quality of these waters and raising concern for the future of the local communities that rely on them.

The Natuna Islands lie at the very edge of the country’s maritime claims in the South China Sea. Known to host a high number of hard coral species, these waters are critical for the livelihood of local people; about 82% of the communities surveyed across 11 islands depend on fishing for their livelihood.

Amid the increasing presence of neighboring countries depleting these waters, understanding the conditions and pressures of this region was critical, as was coming up with a consistent way to survey reefs and fish across Indonesia’s marine areas. Working with the Indonesian Ministry of Marine Affairs, the Marine and Fisheries Agency of Natuna and the local Research Institute of Marine and Fisheries, we set out to assess the health of the ecosystem and to help determine which areas are most in need of protection.

In November, our team of a dozen scientists and government officials set sail to assess 14 sites around 11 islands. Split into two survey teams — one conducting coral reef and fish monitoring, the second conducting socioeconomic surveys within various villages — our team was able to compile critical information. 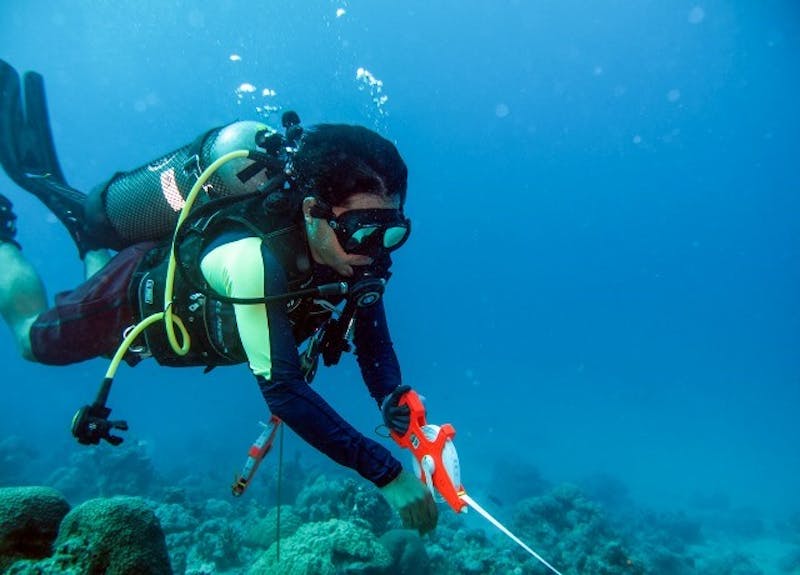 Here are some of our major findings:

Fish biomass and coral cover have both steadily declined since 2004.

The average percentage of hard coral cover within the sites surveyed was 23%, a less than ideal level. As we dived amongst charismatic species like sea turtles, Napoleon wrasse and nudibranchs, we saw clear evidence of coral bleaching and rubble indicating coral reef degradation. With external pressure such as overfishing and sedimentation from development, the coral reefs surrounding Natuna are under extreme pressure from unsustainable practices like overfishing, bomb fishing, trash and urban growth. 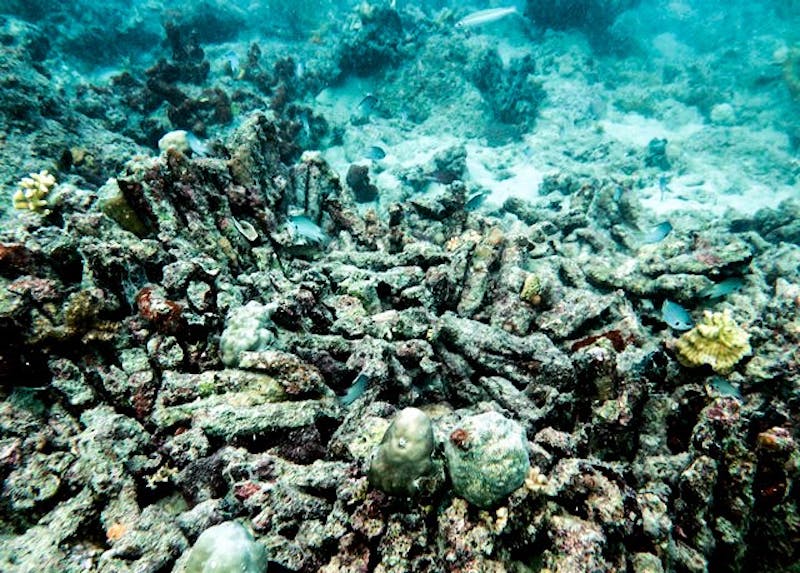 Only 1% of fish surveyed were longer than 30 centimeters (12 inches).

This signifies that fish populations are not reaching maturity — possibly due to overfishing activities, the sharp decline in overall marine health or improper fisheries management. Without an intervention, it is likely that these sites will continue to degrade.

The conditions inside the MPA were actually worse than comparable sites outside of it.

This was a very unexpected finding that underscores exactly why improving management within the MPA is necessary. We are currently analyzing the data to better understand why the MPA is faring worse than its surroundings.

Two nearby sites should be prioritized for protection.

A secondary goal of the survey was to identify potential areas to expand or create new marine protected areas. In order to identify valuable ecosystems outside the already existing MPA, we searched for areas dominated by coral reefs that grow and renew quickly, had surfaces that would allow coral to attach to, and high fish density. There were two sites that fit this criterion, providing good options for potential conservation efforts.

Three-fourths of respondents surveyed agreed that working with the government in conservation areas would lead to better management and healthier fisheries.

Local communities have begun to notice the decline of the fisheries surrounding Natuna. During the survey, community members continuously told us they were aware that it was critical for them to protect these resources for future generations. When subsequently asked whether they would be willing to work with the government to establish and manage conservation areas, 75% of respondents agreed it would lead to better management and improved fisheries. The community will to change the conservation tide in Natuna is there, but people need our help to do it.

Last month, we shared all of the much-needed data gathered during the survey with the Indonesian Ministry of Marine Affairs. I hope that this information will inform policy to improve management within the region.

While there are many environmental threats degrading this region, this survey left me feeling impressed and hopeful about the region’s potential — not just as a reservoir for fish populations and continued source of food and livelihoods for people, but also as a potential site for tourism. Within such close access from Singapore and China, and clear waters and rebounding coral reefs and fisheries, the Natuna Islands could become a vacationing destination for Southeast Asia.

In order for that to happen, however, effective MPA management must be put in place, communities must learn how to sustainably manage their waters, and destructive fishing practices must end for good.