It was not out of the ordinary when the ground began to tremble in the fishing barangay (village) of Silonay, Philippines, on November 15, 1994: Part of the Pacific Ocean’s “Ring of Fire,” the Philippines is no stranger to earthquakes. But in the months after the temblor, something strange happened: Mangrove seedlings began to sprout up along the muddy banks of the nearby river that emptied out to the ocean.

Climate change is already being felt across the globe, making growing seasons less predictable, raising sea levels and exacerbating extreme weather events such as typhoons and droughts. Adapting to this new reality is critical — and in small towns like Silonay, where poverty is chronic and manmade solutions few and far between, protecting nature may be the easiest, cheapest way to do it. 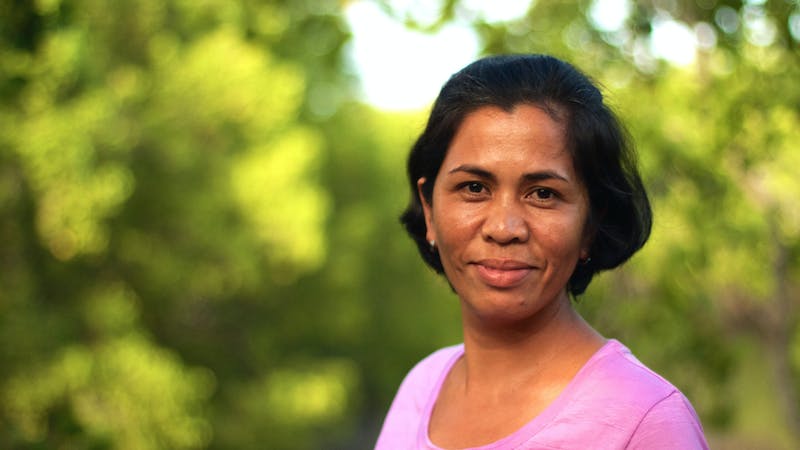 Alma Bool, a Silonay resident who has been very involved in mangrove protection and restoration in her village. (© CI/Tim Noviello)

In 2009, scientists with Conservation International (CI) visited Silonay as part of a larger mission: to figure out which areas within the Verde Island Passage were the most vulnerable to climate change impacts. Among other changes, they predicted: 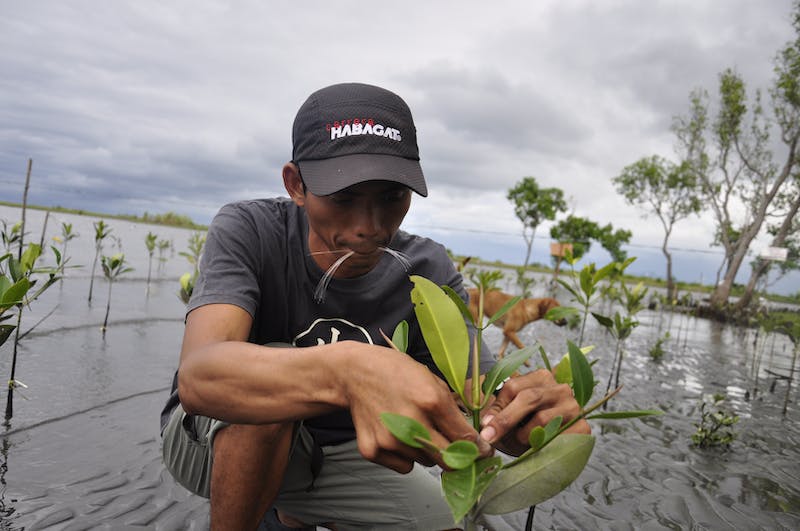 Measuring the growth of a newly planted mangrove in Silonay, Philippines. (© Nandini Narayanan)

Steamy, muddy and full of sharp branches and biting insects, mangrove forests don’t have the same cachet as redwoods or palm trees. Yet they play a crucial role in buffering coasts from storms — significant given that about half the global population lives within 60 kilometers (37 miles) of the coast.

Since 2012, CI and Silonay residents have been working together to protect and expand the natural barrier between the town and the ocean. Community members agreed to prohibit the cutting of mangroves; in return, CI donated several kayaks and helped them to build a 900-meter (almost 3,000-foot) bamboo boardwalk through the forest. The kayaks and boardwalk help community volunteers monitor the area and keep a lookout for rule-breakers (a watchtower was recently built as well).

The kayaks and boardwalk also enables visitors to get a close look at the trees and the bird and crustacean life they support. The small entry fee to the forest includes a mangrove seedling, which the visitors (sometimes tourists, but mostly local schoolchildren) plant themselves to ensure that the forest keeps expanding.

In addition, the money from visitor fees provides seed funding for other income-generating projects organized by the community and supported by CI and other partners, from selling snacks and mangrove-themed T-shirts at a small shop to baking chips to sell to local schools. By finding a variety of ways to make money, residents are reducing their risk from the potential collapse of any one industry — and therefore making themselves more resilient to the effects of climate change. 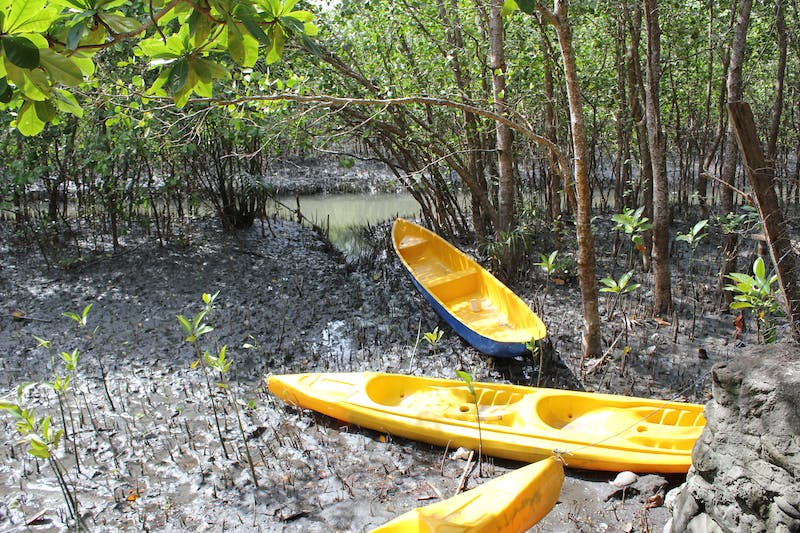 CI donated kayaks to Silonay to kick-start their mangrove eco-tours. These kayaks also help community members patrol the mangrove forest and ensure no one is cutting down trees. (© CI/Lynn Tang)

A lot of Filipinos have Typhoon Haiyan stories — recollections of the storm (known locally as Yolanda) that swept through the country in 2013, killing more than 6,000 people and devastating entire towns. The Silonay story is less dramatic than it could have been.

“We didn’t evacuate,” Bool said. “The whole community stayed [in Silonay] because we thought that our mangroves will protect us.” And they were right — although the town flooded during smaller typhoons, the mangroves kept Haiyan’s waves at bay.

As world leaders prepare for December’s U.N. climate meeting in Paris, at which participants are to deliver a global climate change action plan, the residents of Silonay are already one step ahead. They’ve been taking their own actions for years, recognizing that protecting nature is in their own interest. 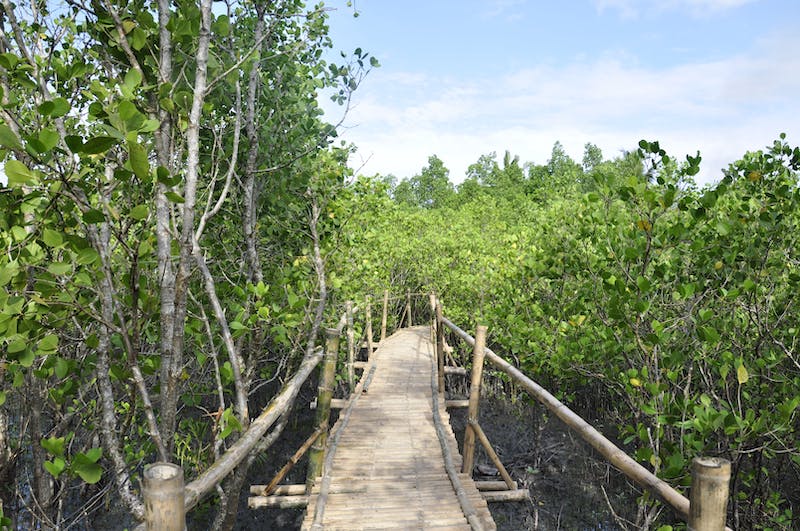 View of Silonay’s mangrove forest from the boardwalk. (© Nandini Narayanan)