From rice to shrimp: How one unlikely crustacean is helping to save the Amazon

Editor’s note: Deforestation accounts for nearly 11% of global greenhouse gas emissions. As the world’s nations prepare for the U.N. climate change summit in Paris in December — their milestone for creating a global climate agreement — Conservation International (CI) is demonstrating that one of the most effective solutions may also be the simplest: leaving trees standing.

Around the world, shrimp farms are getting a bad rap: Widespread destruction of mangrove forests that protect villages from storms. Inefficient water use. Disease.

Yet in the Peruvian rainforest, CI and partners are changing the way shrimp is raised — and helping farmers produce more food without clearing more trees.

It all began about five years ago, when CI started co-managing the Alto Mayo Protected Forest (AMPF), a national park that spans 182,000 hectares (almost 450,000 acres). Previously, resources to patrol the forest had been scarce, and 1,200 families were already living and farming inside its borders. Most of the families were migrants, drawn to the AMPF for its vast and “unclaimed” tracts of land.

“Early on, we decided that the families living within the forest’s boundaries would stay,” says Percy Summers, director of CI’s Sustainable Landscapes Partnership (SLP) in Peru. “But we needed to shift their presence from threatening the forest into being an ally.” This involved providing tools and incentives to reduce deforestation and improve their farming practices — but the incentives also ran the risk of attracting even more farmers into the protected area.

“For the plan to work inside [the AMPF], we needed to provide benefits for those living outside of the protected area as well,” Summers says. “When we looked around, we saw all these rice paddies. So we thought, ‘How can we work with the rice farmers?’”

That’s when Summers and his team found Amazonicos por la Amazona (AMPA), a nonprofit already working in nearby Tarapoto to develop shrimp ponds and a solid supply chain connecting local farmers with high-end restaurants in Lima. Due to the rising popularity of Amazonian cuisine, gourmet chefs in the city often serve dishes that feature the wild freshwater crustaceans. However, the Peruvian government has placed a national ban on the sale of wild shrimp from January to March — in accordance with the species’ reproductive cycle — to ensure a reliable stock from year to year.

Summers began working with AMPA to discuss the feasibility of converting rice paddies to shrimp ponds. By raising shrimp on land that had already been cleared for farming — and continuing to grow rice — locals could increase their incomes and the amount of food they produce while eliminating the need to cut down more trees, and also provide shrimp during the off-season.

“We began surveying rice farmers in the area surrounding the AMPF to gauge their interest,” Summers says. “This is an option that contaminates less, recycles the water used in the shrimp ponds to fertilize the rice paddies and reduces the times during the year when the rice is inundated, thus reducing incidences of mosquito-borne dengue and malaria.” To make things even sweeter, shrimp is three times as profitable as rice.

This wasn’t enough, however, to convince the rice farmers — many of whom had been let down by similar projects in the past. “When we first started the project, nobody believed in us,” says Kelvin Navarro, AMPA’s technician working on the project. “Most people hadn’t even seen a shrimp before.” In order to get the farmers on board, the team held workshops, shared photographs, videos and diagrams, and eventually cooked shrimp from a small test crop and dined with potential beneficiaries. “Now,” Navarro says, “people call me every day.” 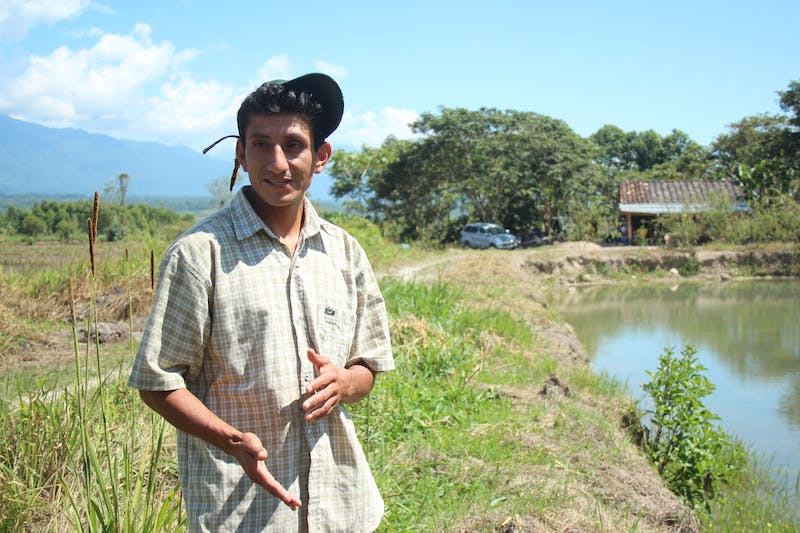 The first beneficiaries to receive shrimp were Paulino Morrufo Delgado and his son Nilder. On the day I visit, they are preparing to introduce 20,000 hatchlings into the first pond. Morrufo, a wiry, weathered man with a blue baseball cap and an easy smile, stands on the bank of his freshly dug pond and talks logistics.

“[CI] isn’t the only group to come to us with an alternative to rice,” the elder Morrufo says. “In 2002, there was a macadamia project. A lot of us bought into it, and eventually they abandoned us. There wasn’t a market. If there’s no market, then that’s that.”

That’s why Summers and his team have placed as much importance on ensuring a secure market as developing the shrimp ponds themselves. Not only is the market for pond-raised shrimp wide open for three months of the year, but the team anticipates that the market for other sustainably raised, small-scale produce is on the rise as well.

“We believe the restaurant is an important vehicle for promoting conservation and consciousness in Lima, and shrimp is the easiest way to enter that market,” Summers says. “The idea is that when the restaurant begins buying shrimp to promote a farm-to-table product, they will create a demand for other local products. Then they can say, ‘This entire plate came from one producer,’ and they can tell the story of that producer and how he came to conserve the environment.”

Morrufo makes the perfect protagonist for the restaurant’s story. “I’m not a pessimist,” he says. “After the bad, you can have something good, no? Maybe I didn’t believe it in my youth, but now I believe I can have a future, and at my age, at 72 years old.” He extends his arms, as if to take in the ponds, the stream and his fields all the way down to the road. 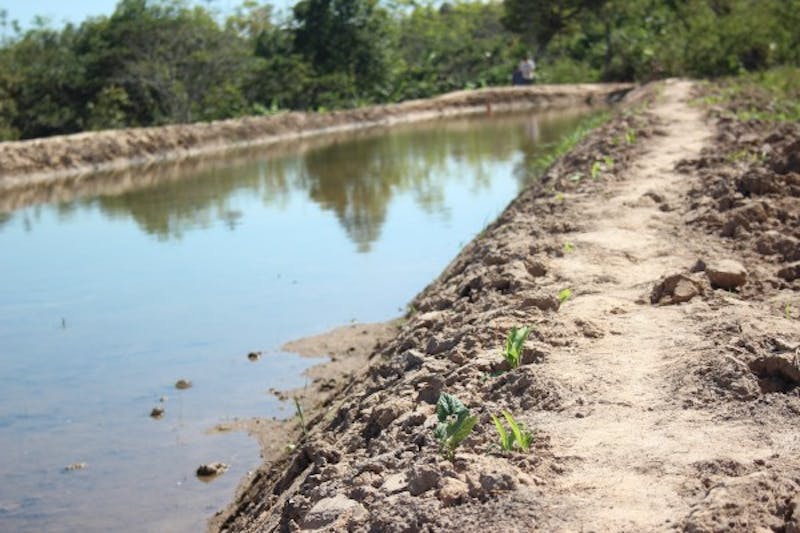 At Morrufo’s feet, little green bean seedlings poke out of the embankment surrounding the pond. The dirt requires vegetation to prevent erosion when the rains come, and the Morrufos have ensured that no plant, and no space, is without purpose. Beans, shrimp, rice. As we walk back to the house, his son points out banana trees, mandarins and guavas camouflaged along the edge of the jungle behind their house. And coffee? “Look, it’s right there,” he laughs. The more one diversifies his crops, Nilder explains, the more security he has in the face of a bad season.

As we say goodbye and thank the Morrufo family, it seems that the road to supplying a complete, sustainable gourmet meal in Lima might not be so far away.

Paulina Jenney was a communications intern for CI Peru during the summer of 2015. CI’s SLP project in Peru aims to build cooperation between the public and private sector to improve economies and ecosystems alike; it’s funded by Disney and USAID.