Field notes from the ‘Kingdom of Fishes’

Above: The regency of Kaimana boasts spectacular limestone karst formations like this one, in Triton Bay. (© CI/Matt Fox)

How have the fish stocks stayed so healthy? Kaimana has experienced less fishing pressure and ecosystem degradation than neighboring regions due to its remoteness, but that is changing. As global fishing pressure increases to feed the more than 3 billion people who get vital nourishment from seafood, can this remote district in eastern Indonesia continue to balance the needs of fishers, consumers and the environment?

Indonesia’s waters have been open access for far too long, sparking a “tragedy of the commons” in which many fishers have no incentive to limit their catches. Now, the locals who refer to Kaimana as the “Kingdom of Fishes” are taking action to secure their fish populations before it’s too late. 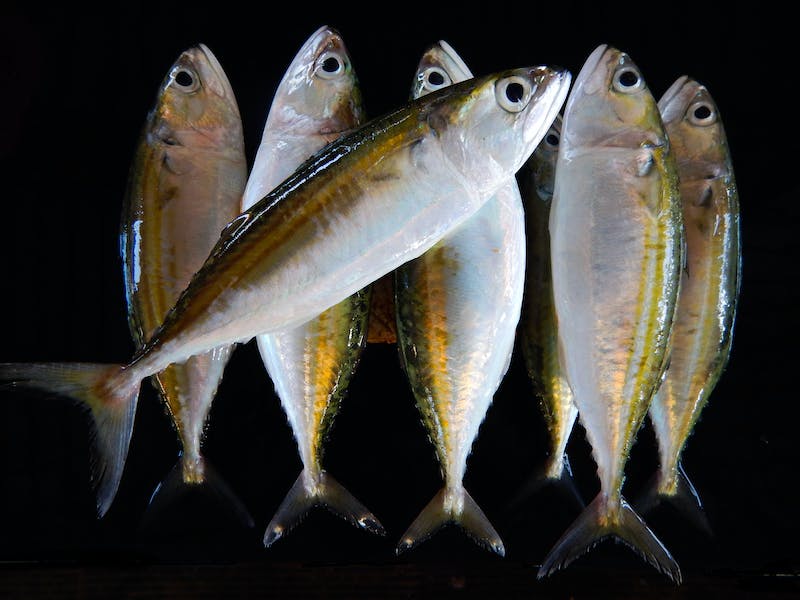 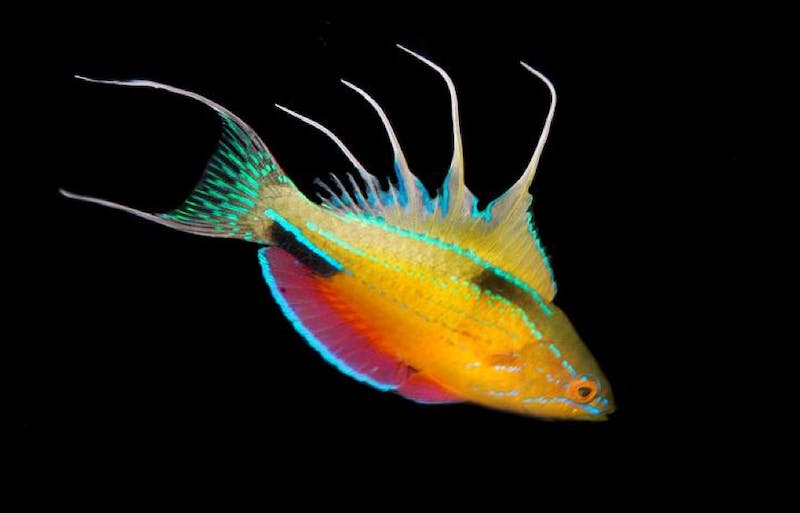 The area deep under Kaimana’s surface remains largely undiscovered, though CI surveys have led to the discovery of dozens of new species, including the brilliantly adorned Triton flasher wrasse. (© Gerry Allen)

Conservation International (CI) has worked in the Bird’s Head region since 2004 on a variety of projects, including supporting the establishment of Kaimana’s half-million-hectare (1.2-million-acre) marine protected area (MPA) network. In addition to securing diverse reefs, marine megafauna and carbon-rich mangroves, the MPA supports the management of the fish Kaimana residents rely on for food and income. MPA “no-take zones” act as fish refuges and replenishment areas, safeguarding spawning sites for commercially important species.

In a recent collaborative move that could be replicated in fisheries across Indonesia, the Kaimana MPA is bringing local decision makers together to plan for a sustainable future built on the bounty of the seas. Successful management will need to incorporate age-old traditions and the latest in conservation science. And it must consider all levels of fishing operations — from small artisanal fisheries conducted from dugout canoes to lucrative industrial tuna fisheries offshore.

Prior to the MPA, Kaimana’s waters were prone to raids by outside fishers, often using destructive bomb fishing techniques. In response, CI and local government have supported communities in the creation of a locally-led marine patrol network, consisting of 20 teams equipped and trained to maintain rule of law on the water. Says local fisher John Michael Syakema of their new patrol system in the Arguni Bay: “With the right support, we can achieve all we need, for this is a human need — our need for today and for our children in the future. Not just for the people of Arguni, but for people all around the world. All of humanity can benefit.” 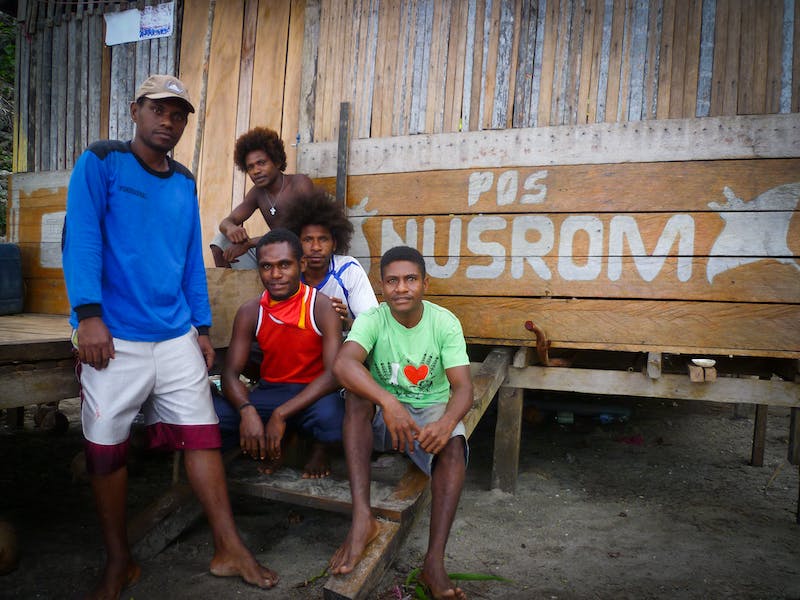 Traditional Papuan cultures still influence the way food is harvested. The bulk of the fishing traditions informing the Kaimana MPA come from the four main tribes that inhabit the area’s coasts and islands, each with their own ancestral domain. On the vibrant fringing reefs, the communities use a traditional seasonal closure — called “sasi” — to manage populations of lobster and sea cucumber. Only with the full consent of the elders may these reefs be fished — and often only for a couple of weeks every two to three years. These reefs act as community savings plans for the villages, and the proceeds from the harvests often fund weddings and medical expenses. For many generations, fishing has been at the center — the very lifeblood — of the Kingdom of Fishes. 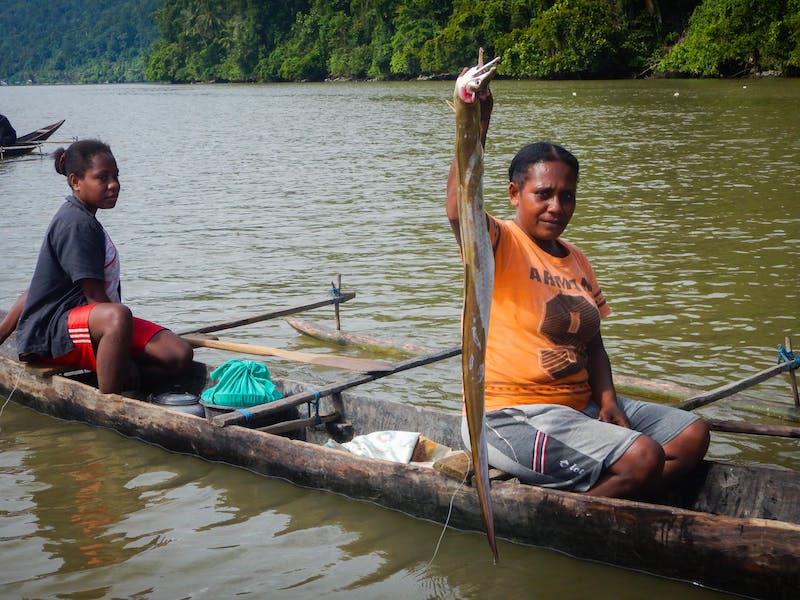 Deep in Kaimana’s Arguni Bay estuary, CI and local partner Fishing & Living support a different kind of fishery. The Arguni mud crab fishery is made up almost entirely of women. CI helped to create a female-led community patrol team that keeps damaging gillnet fishers out of no-take zones and stops the illegal cutting of mangroves. “We spend a lot of time cutting out the illegal nets,” Mama Nofa recalled as she waited for her traps to fill with crab. Nofa and her friends recently formed Papua’s first women’s fisher association. The project team is now helping the association to navigate complex seafood market supply chains across Indonesia, in order to get a better price. She told me that since they began, they feel optimistic about their future.

Further down the coast, reef fisheries supply brilliant red snappers to seafood markets throughout the region. To strengthen incentives to manage the reefs, CI is developing a pilot “managed access” area with a group of snapper fishermen. Elders have declared that certain reefs can be fished only by local villagers, so that the sale of these valuable fish benefit those who work to protect the reefs. This represents a move away from the “open access” arrangements that can lead to depletion. Through customary and modern law, fishers can patrol these reefs as they have done for generations. They are also trained to generate data on their catch — each fish is measured, providing data essential to managing stocks in the future.

Kaimana’s coastal waters remain in good shape, but as fishing efforts and global seafood demand intensifies, their healthy future is by no means guaranteed. Successful management is most likely when local fishers can determine their own destiny, and when the traditions and lessons of yesterday are not lost, but rather combined with the best scientific thinking of today.

Matt Fox is the marine advisor for Conservation International Indonesia.