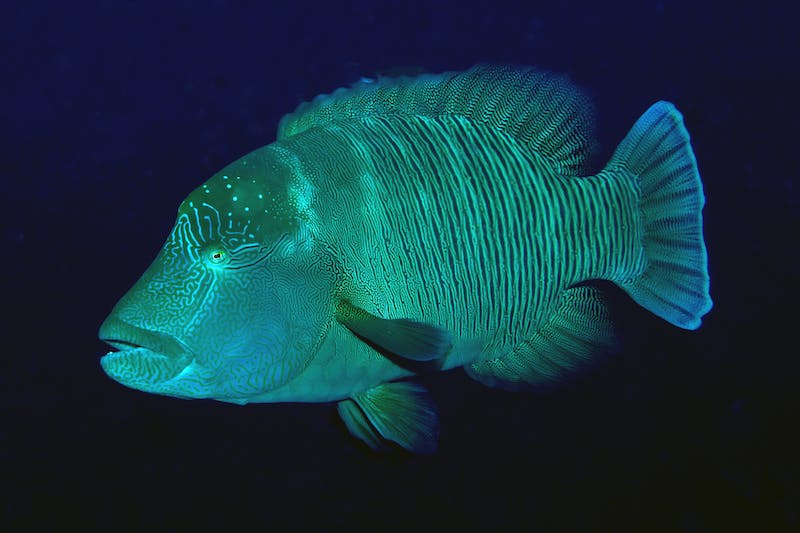 A humphead wrasse swims near Atauro Island, Timor-Leste. This is one of hundreds of reef fish species spotted on Conservation International’s recent species survey around the island. (© Gerry Allen)

An island off the coast of the tiny nation of Timor-Leste may have the most species-rich waters in the world. As we reported last month, a team of Conservation International’s (CI) researchers recently surveyed 10 sites around the island of Atauro and recorded hundreds of species of fish, with an average of 253 species of reef fish at each site. Many of them are believed to be new to science.

Now a new article in The Guardian is sharing this remarkable discovery with a wider audience, including newly published photos of some of the species that were documented.

Atauro is situated inside the Coral Triangle, an area of the western Pacific Ocean that is home to the most biodiverse marine environment in the world. This new discovery marks Atauro as its crown jewel. “My senior colleague Gerry Allen and I have done well over 10,000 dives in the Coral Triangle region, so we are used to high-diversity sites,” CI’s Mark Erdmann remarked to the Guardian. “But Atauro proved exceptionally rich.”

With so many new and as-yet undiscovered species calling Atauro home, protecting the area is an absolute necessity, both for conservation and economic reasons: “There is a push for the site to be protected with a view to developing an ecotourism industry for the country’s struggling economy,” The Guardian’s Michael Slezak reported.

Ecotourism and sustainable fishing practices can help guarantee a livelihood for Atauro’s 8,000 residents and ensure the health of its waters. To that end, CI is working with Atauro’s residents and the government of Timor-Leste to make the entire island and its surrounding waters a marine protected area.

“Developing … ecotourism income is key to the future of the island’s people and relies directly on the preservation of the reef diversity,” Trudiann Dale, Timor-Leste director at Conservation International, told The Guardian.