This is the final post from David Emmett about a recent expedition searching for new species on the island of Atauro in the Southeast Asian country of Timor-Leste. 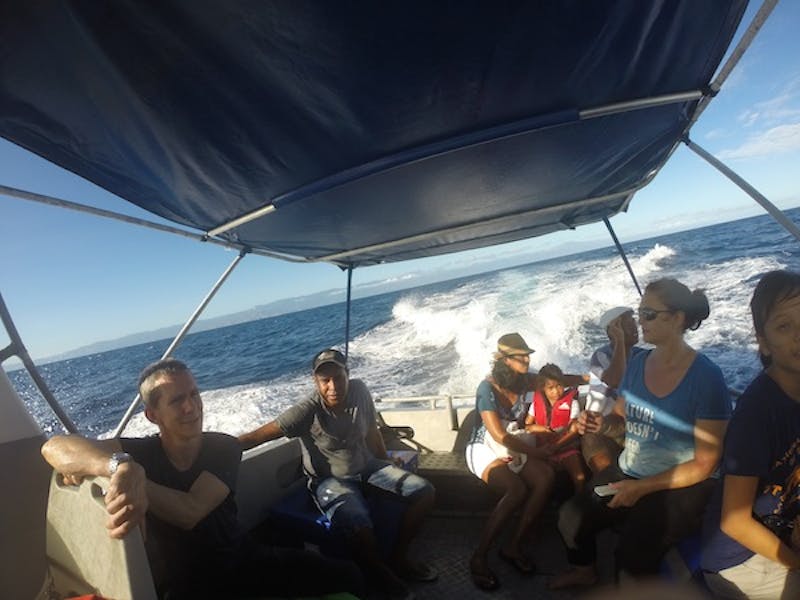 The final day of our survey somehow encapsulated everything that is wonderful about Timor and Atauro.

We woke early, packed our field gear onto the boat and went for one last snorkeling trip. Once again, it was magnificent! In the bright sunlight and crystal-clear water, we saw stunning corals and a vast variety of reef fish. Out from the fringing reef, the seafloor drops more than 3 kilometers (1.9 miles) below the surface, creating habitat for big species such as sharks, whales and dolphins. This is where CI is proposing a shark sanctuary that would cover a combination of reefs and deep water, allowing for a range of species and ecosystems.

After snorkeling, we said goodbye to the people of Atauro and began the journey back to Dili, the capital of Timor-Leste. The boat driver told us that earlier that day, he had seen a pod of melon-headed whales, which like deep water and are rarely seen by people. We eagerly scanned the horizon, but all we saw was a vast rain cloud heading our way. Within minutes, we were drenched by an epic downpour.

But as we neared Dili, the cloud drifted away. The sun came out, an obligatory rainbow appeared … and we saw a large pod of spinner dolphins! There must have been more than a hundred. They swam away from us, some of them leaping and — true to their name — spinning through the air. Two broke away from the group and raced back toward our boat. They overtook us, leapt from the water several times, then turned and swam back to the pod. On the boat, we stood and applauded — this place was amazing! 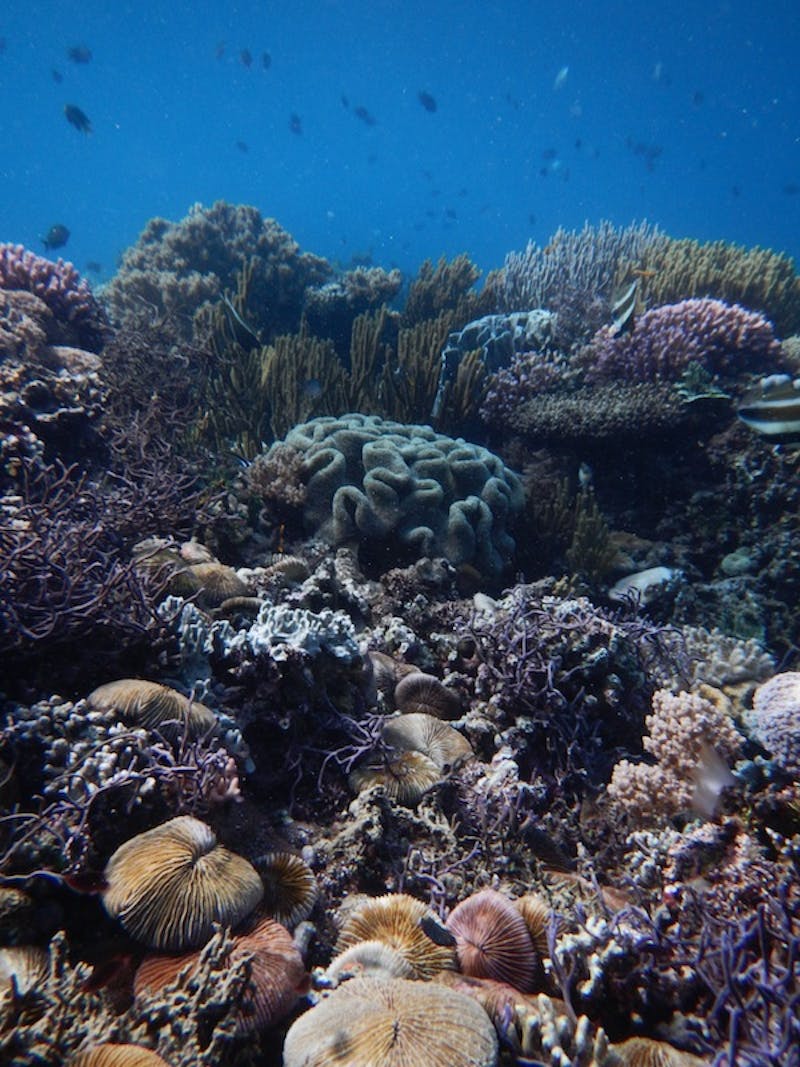 Coral off the coast of Atauro island, Timor-Leste. (© Conservation International/photo by David Emmett)

On the mainland, as I packed up and prepared to fly home to Singapore, our team discussed our plans for further research on the island.

To fully understand the diversity of the area, we will have to conduct a marine survey there in November, during “whale time.” In October and November, blue and humpback whales migrate through the straits between the Timor mainland and Atauro. They can be seen just a few hundred meters from the shore, and yet there is no whale-watching tourism here. With more than a dozen other cetacean species in the area, the potential for non-invasive whale and dolphin watching could be huge — if, that is, they are found in sufficient numbers.

When it comes to terrestrial species, our work this week has turned up as many questions as answers. Where do the shrews occur, and how many species are there? Are there any amphibians here? Is the spitting cobra a species new to science? Do the rocky cliffs along the south of the island harbor species that are not found elsewhere? What is the northern tip of the island like? Do other bat species live on the island?

With these questions comes the realization that we still have so much to learn — so we’ve decided to continue our terrestrial research during our November survey as well. 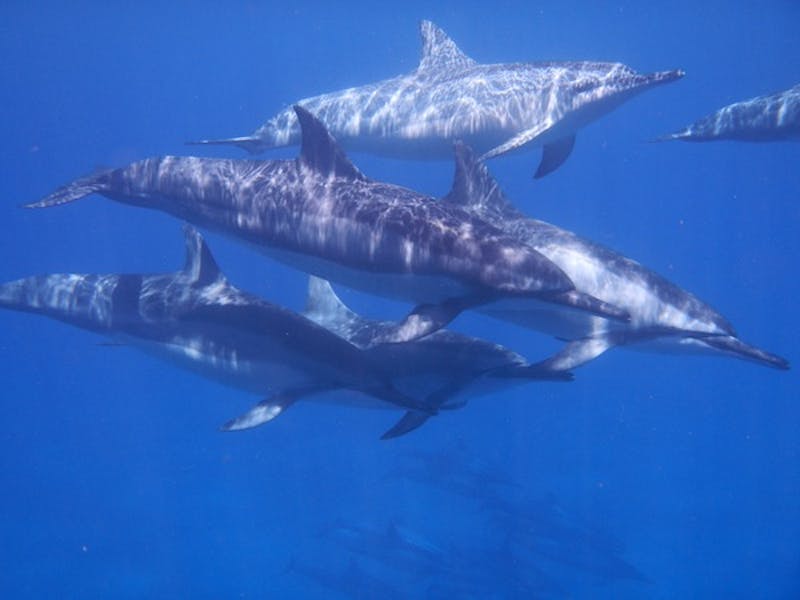 Spinner dolphins in Hawai’i. The Timor-Leste RAP team saw the same species on the last day of their expedition. (© Conservation International/photo by David Emmett)

We have already, however, gathered sufficient information to support the Timorese government’s plans for a protected area on the island — and help the country figure out which areas are most important to protect. Our report will highlight the importance of the area, both for people and for wildlife. We will also discuss options to expand the proposed boundary to include the beautiful stream that the team found, which is a rare source of fresh water on the parched island.

We will also include recommendations for ecotourism that, if pursued in a sustainable manner, could support the local and national economy without harming nature.

In a way, Atauro is a small-scale example of the sort of conservation decisions governments make around the world: managing the trade-offs between development and conservation, controlling the balance between people and nature, preserving the flow of ecosystem services (such as water) to people downstream and ensuring that development doesn’t lead to species extinctions.

Ultimately, I hope we can help create an entire island ridge-to-reef protected area that will have incredible benefits for all life — human or otherwise — that inhabits this remarkable place.