Dispatch from Atauro: Night Hikes, Bat Caves and a Trove of New Species

In my last post, I noted how the water supply on Atauro is rarely more than a trickle. Late last week our freshwater team turned up something very surprising: a flowing stream that even some of the island’s residents didn’t know about.

The freshwater team, led by CI Timor-Leste Country Director Trudiann Dale, hiked for hours over rough terrain until they discovered the water flowing out of a limestone cave system. Within the crystal-clear water, the team found a range of freshwater insect species.

Creatures of the Night

Later, we took a night hike in the rainforest, which proved to be extremely challenging. Guided by a barefoot Timorese man who was as agile as a mountain goat, we spent several hours scrambling down valleys and over fallen trees. Fortunately, our efforts were rewarded.

First, we saw a civet — a small mammal with a raccoon-like face — high in the trees. Then we caught three geckos of an undescribed species! Only one individual of this kind of reptile had ever been found before. Our records will help to ensure the species is properly named and that a proposed protected area includes the locations where it lives. 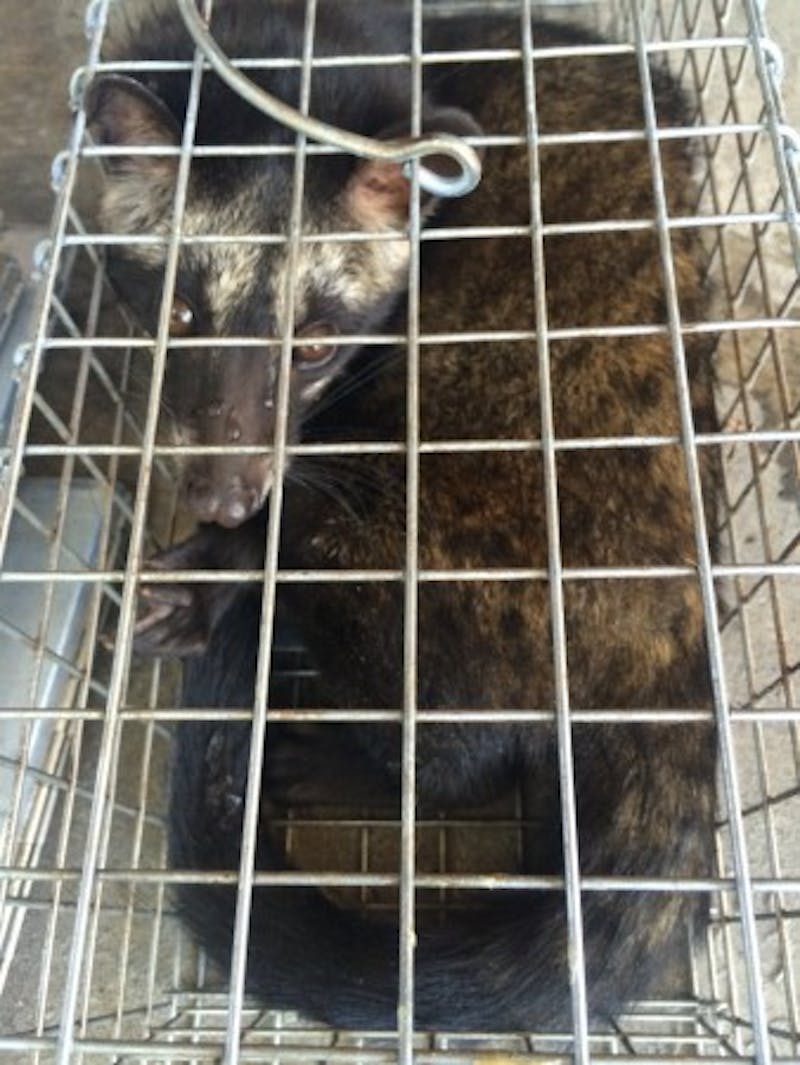 After hair samples were taken to confirm this species of civet, it was released unharmed back into its Atauro Island habitat. (© Conservation International/photo by David Emmett)

We set a few live traps to see if we could capture a civet, a task we knew would be extremely difficult. If we caught one, we’d be able to find out if the island’s civet population was different from the mainland civet.

The next morning we returned to the traps. Most were empty … but one contained a civet! We couldn’t believe our luck.

The animal looked like a dark-colored palm civet. By comparing its DNA to that of other civets, we’ll learn whether it’s a new species. We took photos and videos of the civet, fed it fruit to keep it nourished and collected several hairs for the DNA sample. We then set the civet free and watched it scamper up a tree, none the worse for wear.

To the Bat Caves

Another group of mammals that has been poorly surveyed in Timor-Leste is bats. We have therefore begun a preliminary study to map bat caves and ensure that their most important habitats are included within our proposed protected area.

Our initial survey has so far turned up three bat species:

It’s incredible to see these marvels of nature up close — bats are truly amazing beasts. After measuring and collecting DNA samples from the bats, we released them, hoping to catch more in the coming days.

While conducting our survey, we’ve also been assessing the ecotourism potential of the area. If Timor-Leste can benefit financially from protecting nature on this small island, then there is a greater likelihood that it will be well-managed and kept intact. Our initial assessment is that if the area is managed carefully, it has huge tourism potential. We have found some fabulous walks, breathtaking viewpoints and pristine snorkeling sites.

Yesterday we visited a particularly spectacular site: a long, narrow valley that runs down to a small village by the sea. Lined by high limestone cliffs, the valley was full of caves and festooned with massive fig trees. The valley’s rainforest is kept damp by the lack of full sunlight and the clouds and sea mist that cover the hills each night. The trees were draped in orchids and ferns, and noisy birds flew through the canopy.

As we walked down the path, I saw a large tokay gecko in a hollow tree. Upon closer inspection, we saw that it was a huge female covered in bright orange spots — guarding eight eggs that were in the middle of hatching! We watched three eggs hatch as the mother looked on guardedly, displaying a maternal instinct unusual to see in a lizard.

As I was about to walk farther down the path, I heard a distinctive squeak. Much higher-pitched than a bird or mouse, the sound meant only one thing: a shrew. These small insectivorous mammals are widespread around much of the world, but only one had ever been found in Timor, and none on Atauro!

I stood absolutely still and waited. The tiny shrew came out from under a rock and began rummaging in the leaves. I leapt over and grabbed a handful of leaves where it had been and quickly stuffed them in a bag. I peered in to see if I’d caught it — success! The first record for the island, and almost definitely an undescribed new species of mammal. 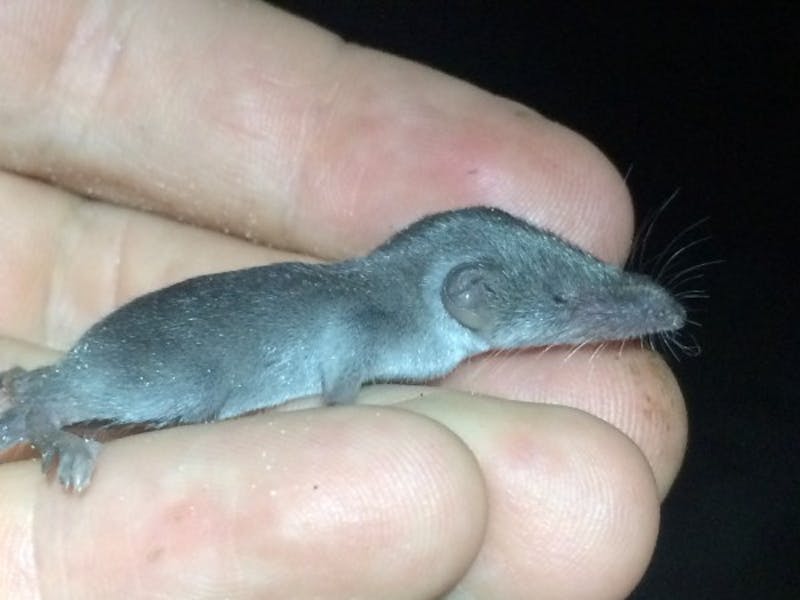 This unidentified species of shrew is the first shrew ever recorded on Atauro Island, an unexpected discovery for the CI team. Only one other shrew had ever been found in all of Timor-Leste in the last century. (© Conservation International/photo by David Emmett)

That night, we were full of excitement discussing our list of species likely new to science: a rodent, a shrew, at least two lizards and probably a wide range of plants and freshwater insects. It’s amazing that such a small island can hold so much rare and unstudied life.

Again, I was struck by the fact that when people respect nature and truly value the gifts it provides, everyone benefits: the people who rely on the forests for fresh water, the visiting tourists who come for stunning views of forest and pristine coral reefs, the sharks offshore that swim in protected waters — and of course, the tiny shrews that call the forest home.

Cover image: The CI team sets up a live trap to capture a civet to see if Atauro’s population is different from that found on Timor-Leste’s mainland. (Photo courtesy of Timor-Leste Rapid Assessment Program team)