Conservation Tools: How Drones Can Save Rainforests

This is the latest post in our “Conservation Tools” blog series, which spotlights how cutting-edge technology is helping scientists explore and protect nature. 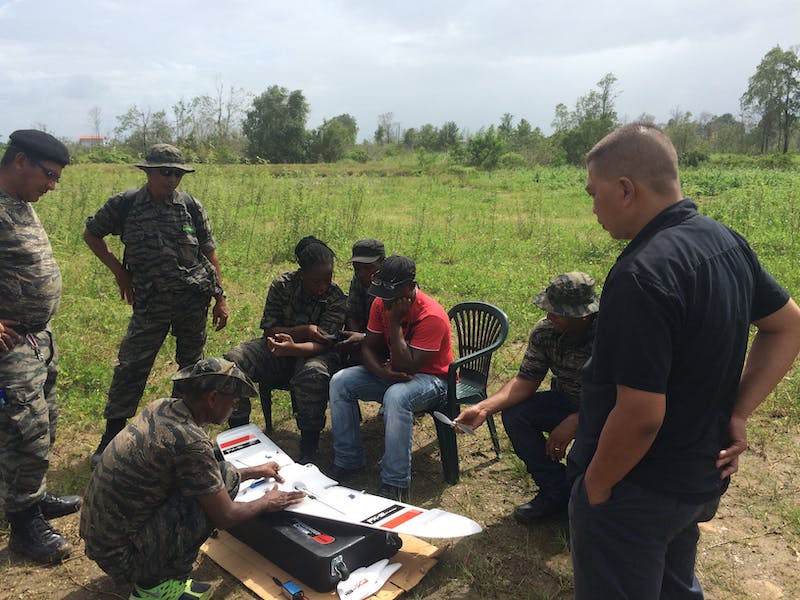 Rangers learn how to use conservation drones in the Central Suriname Nature Reserve. (© CI/Ivor Balsemhof)

In recent years, drones have leapt out of science fiction into the modern world. They’re now lauded as a potential tool for everything from national security to dry-cleaning delivery.

Unmanned aerial vehicles (as they’re officially known) haven’t been met with open arms by everyone; people around the world have voiced security and privacy concerns. Yet when it comes to conservation, drones may be one of the most important technological innovations in decades — one that could revolutionize how effective we are at protecting Earth’s most valuable resources.

One place where this is already happening is the South American country of Suriname, which is the most-forested nation in the world. These forests filter massive amounts of fresh water and provide direct benefits for indigenous communities who have lived there for generations. They are also threatened by illegal logging and gold-mining activities.

CI Suriname recently organized a drone training for nine rangers working for Suriname’s Nature Conservation Division. The goal of the training was to educate the rangers on how to use drones to monitor the vast tracts of forest they are charged with protecting.

Conservation drones capture detailed high-resolution images of objects on the ground. This may include human activities that threaten nature, like illegal logging, mining or poaching. With the help of drones, the rangers should be able to map areas of interest and detect threats more easily than before, when rangers’ routes were limited by roads, cost and time.

The rangers were trained in the use of a fixed-wing drone, which looks like an airplane and needs an open area to take off and land. They learned how to set up the drone, prepare it for use and plan its missions on a computer that communicates with the drone.

Part of CI Suriname’s larger efforts to strengthen the government’s ability to effectively manage its most important natural areas, the project will focus on monitoring the Central Suriname Nature Reserve, one of the world’s largest rainforest protected areas. It is sponsored by Friends of Green Suriname , a coalition of Surinamese entrepreneurs who support CI’s work. Thanks to this financial assistance, we were able to purchase two conservation drones and train the gamekeepers in the use of drone technology.

After the training, CI Suriname Executive Director John Goedschalk handed over the drones to the Ministry of Planning and Land Forest Management. The minister expressed his concern about floods that have recently taken place at Weg naar Zee resort, and said that he considered it his duty to urge protection of the mangroves in coastal areas in order to lessen impacts from storm surges. The minister wondered if the use of drone technology could provide solutions in this matter.

CI is beginning to incorporate drones into our work across the globe, from Suriname to Cambodia to Peru.

It’s still a bit premature to share results from our drones’ first flights, but given the speed of this technology, we’re sure to have something to report soon. Stay tuned!

To see our drones in action, check out this short documentary about the training and our plans for the drones in Suriname.

Mirjam Gommers is the communications coordinator for CI Suriname.