Above: Prey Lang is one of five forest areas in Cambodia that will see expanded protection based on the government’s recent announcement. Prey Lang contains the most carbon-rich forest in Cambodia, making it a critical landscape for mitigating climate change.

One of the most threatened tropical forest areas in the world just got some good news.

The Cambodian government on Friday announced the creation of five new protected forests totaling almost 1 million hectares (2.5 million acres). The Southeast Asian country’s protected lands now stand at 5.5 million hectares (13.6 million acres) — more than one-fourth of its total land area — a signal that Cambodia is getting serious about clamping down on one of the highest deforestation rates in the world.

Situated within the Indo-Burma Hotspot, one of the most threatened of Earth’s 35 biodiversity hotspots, Cambodia is home to many endangered species. More than half of Cambodia’s wildlife — including Asian elephants, sun bears, clouded leopards and Siamese crocodiles — depend directly on forests to survive. Forests also provide critical benefits to the Cambodian people, 80% of whom live in rural areas and rely directly on forests and waterways for their livelihoods.

Cambodia still has 48% of its forest cover, compared with 33% in the United States and only 13% in England. Yet it also has one of the highest rates of forest loss in the world; today’s 48% forest coverage was 60% just five years ago. Illegal logging, agricultural expansion and land concessions for rubber plantations have taken their toll, threatening the services like fresh water filtration and carbon storage that forests deliver.

“The fact that a single decision is placing nearly 1 million new hectares of forest under protection makes this a historic moment for Cambodia, and indeed for Southeast Asia,” said Tracy Farrell, the regional director of Conservation International’s (CI) Greater Mekong program. “This is a massive accomplishment, especially given the significant pressures placed on the world’s remaining forests.” 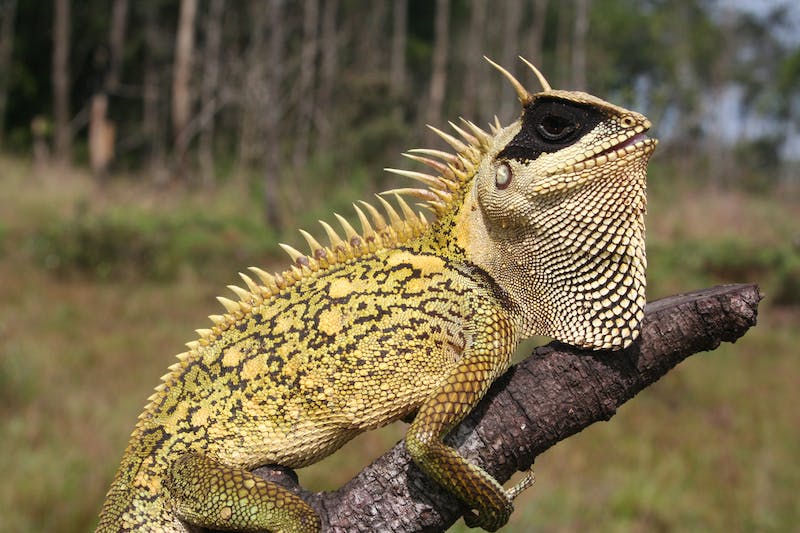 A horned tree lizard rests on a branch in the Cardamom Mountains. (© CI/David Emmett)

CI is already working to combat deforestation and support sustainable livelihoods in two of the five newly protected regions, Veun Sai and Prey Lang, as well as in the nearby Cardamom Mountain range, which saw its protected area increased under the new announcement. Formal protection for these areas will boost efforts by CI and others to ensure these landscapes can continue to provide critical ecosystem services to Cambodians long into the future, Farrell said.

A snapshot of these three regions illustrates just what is at stake:

The primary watershed for one-third of Cambodia, the Cardamom Mountains are home to the country’s first protected area, the Central Cardamom Protected Forest (CCPF), which CI helped the government establish in 2002. Earlier this year, CI launched Cambodia’s first conservation trust fund to finance ongoing management of the CCPF.

The new declaration protects an additional 443,000 hectares (1.1 million acres) of forest in the south of the mountain range, more than doubling the size of the conserved area and connecting the ridge of the Cardamoms to coastal mangroves. This is potentially beneficial for the 54 threatened species in the area, particularly Asian elephants that depend on unfragmented habitat for survival. 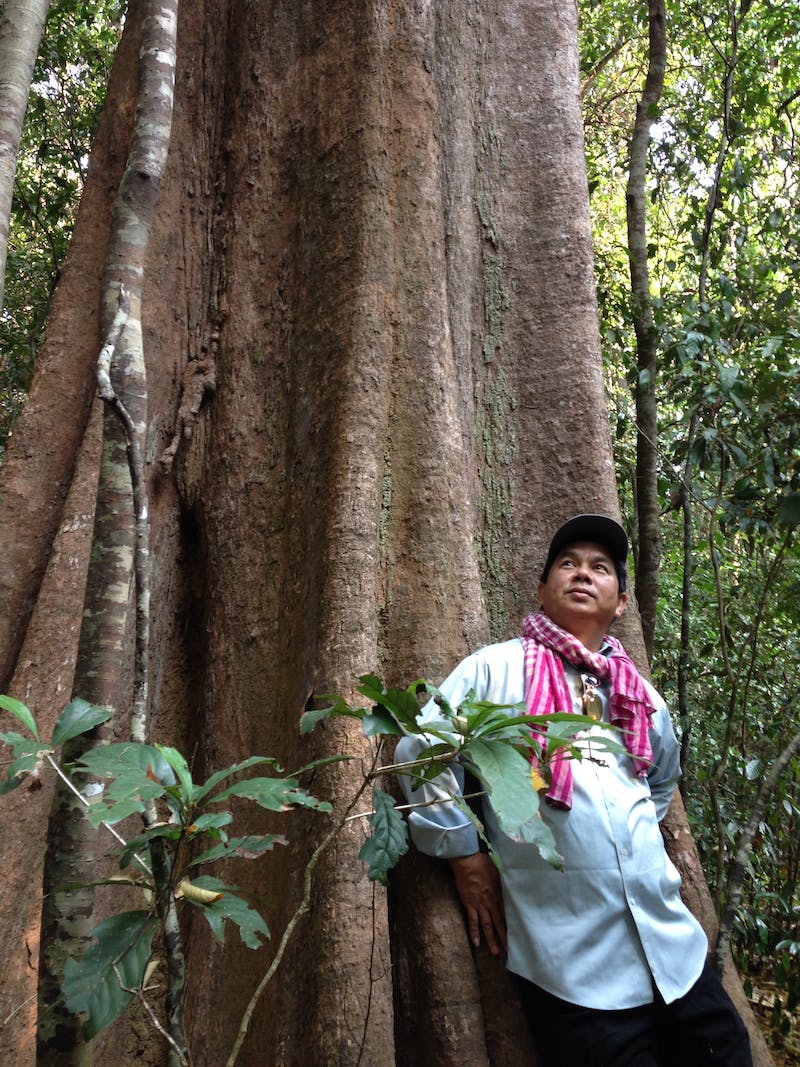 Veun Sai’s 55,000-hectare (136,000-acre) landscape supports remarkable species diversity, including a species that was only discovered in 2010: the northern yellow-cheeked crested gibbon.

CI has been working with communities there to build an ecotourism program around these animals, whose habitat has been threatened by illegal logging. Veun Sai’s newly protected status could help to stem this tide and provide new opportunities to build sustainable community livelihoods linked to conservation.

Spanning four provinces and 600,000 hectares (1.5 million acres), Prey Lang is the largest and most important lowland evergreen forest in Southeast Asia, home to 55 threatened species and more than 340 communities. It’s also the most carbon-rich forest in Cambodia, making it a critical landscape for mitigating climate change. Situated to the east of Tonle Sap Lake, it complements the Cardamom mountain range as one of the two main watersheds for the lake, known as Cambodia’s “fish factory.” Prey Lang supports almost half of the country’s bird population, one-third of its bat species and a host of threatened primates and mammals.

Prey Lang is also plagued by illegal logging. To date, protecting the forest from illegal activity has fallen to the forest’s inhabitants, for whom the region’s valuable resin trees provide a sustainable income.

CI has worked in Prey Lang since 2007, carrying out research and community engagement; consulting with government on protecting the region; and participating in a project implemented by Winrock International and funded by the United States Agency for International Development called Supporting Forests and Biodiversity, Farrell says. This project is now supporting further biodiversity assessments as well as conversations with nearby communities around creating sustainable livelihood options.

“We are in full support of [the 305,000 hectares] coming under protection, and this is a significant accomplishment,” she said. “We do hope that the additional areas desired by local communities to be included under more formal protection will also be considered in coming months.”

Committing to the establishment of these new protected areas is a promising step for Cambodia. Funding their protection will be a much greater challenge.