Beating the heat: 5 species that are cooler than you are

With record-breaking heat waves from the U.S. to northern Europe, summer 2015 has people seeking relief in air-conditioned buildings and swimming pools.

But wild animals don’t have these amenities (minus the occasional lost bear cub or overheated moose). Instead, nature has given them some extraordinary adaptations that enable them to beat the heat — adaptations that could teach humans a thing or two about creating more environmentally friendly ways to stay cool. 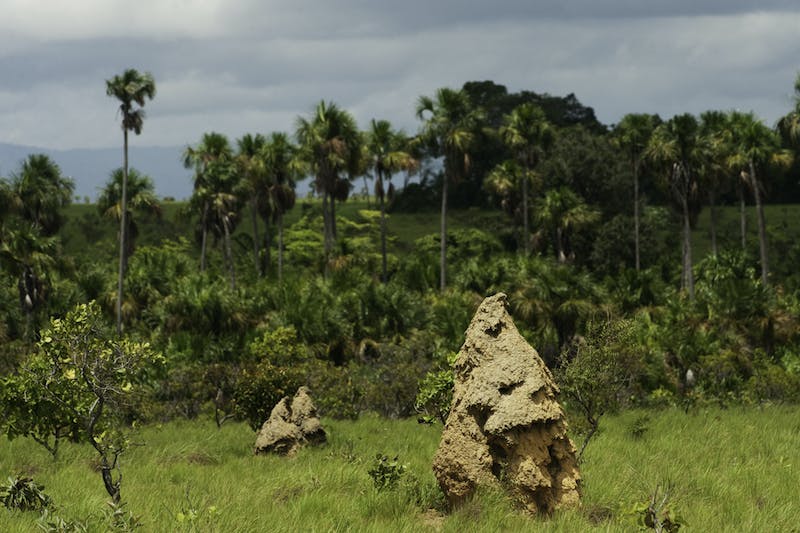 They’re frequently considered a nuisance, but there is much more to these intelligent insects than meets the eye. The mounds that termites call home can reach 7.6 meters (25 feet) high. In order to maintain a temperature suitable for cultivating the fungus that is their main food source (30.6 degrees Celsius/87 degrees Fahrenheit) termites build complicated networks of vents and channels that enable cool air to circulate from their underground nest. This network helps maintain a constant temperature in the colony, regardless of the intense heat outside.

The Eastgate Centre in Harare, Zimbabwe, is famous for its eco-friendly ventilation system that was inspired by termites. 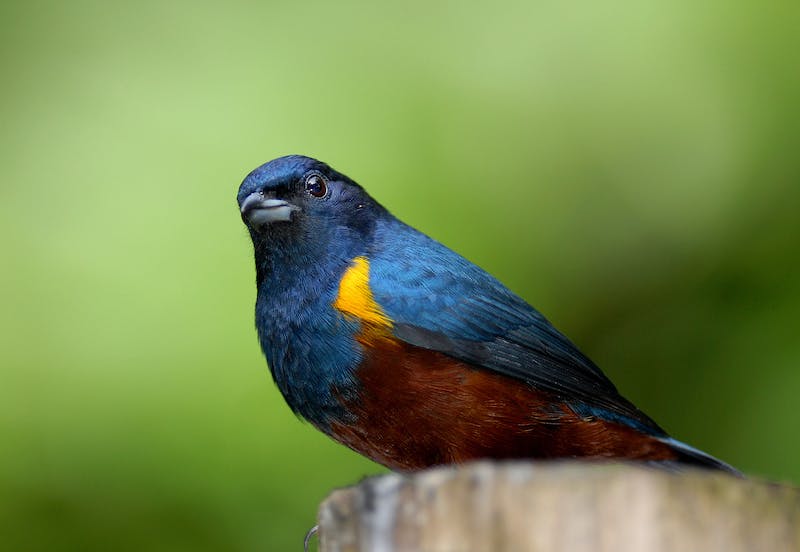 It turns out that taking a dip in a bird bath isn’t the only way birds keep cool. They seek shade in trees and open their wings to increase air circulation; some even excrete onto their own legs to increase evaporative heat loss. Birds also make use of gular fluttering, the act of rapidly moving their neck muscles up and down. This speeds up the movement of air through the bird’s throat, causing heat loss through the evaporation of moisture and the convection of warm blood vessels. 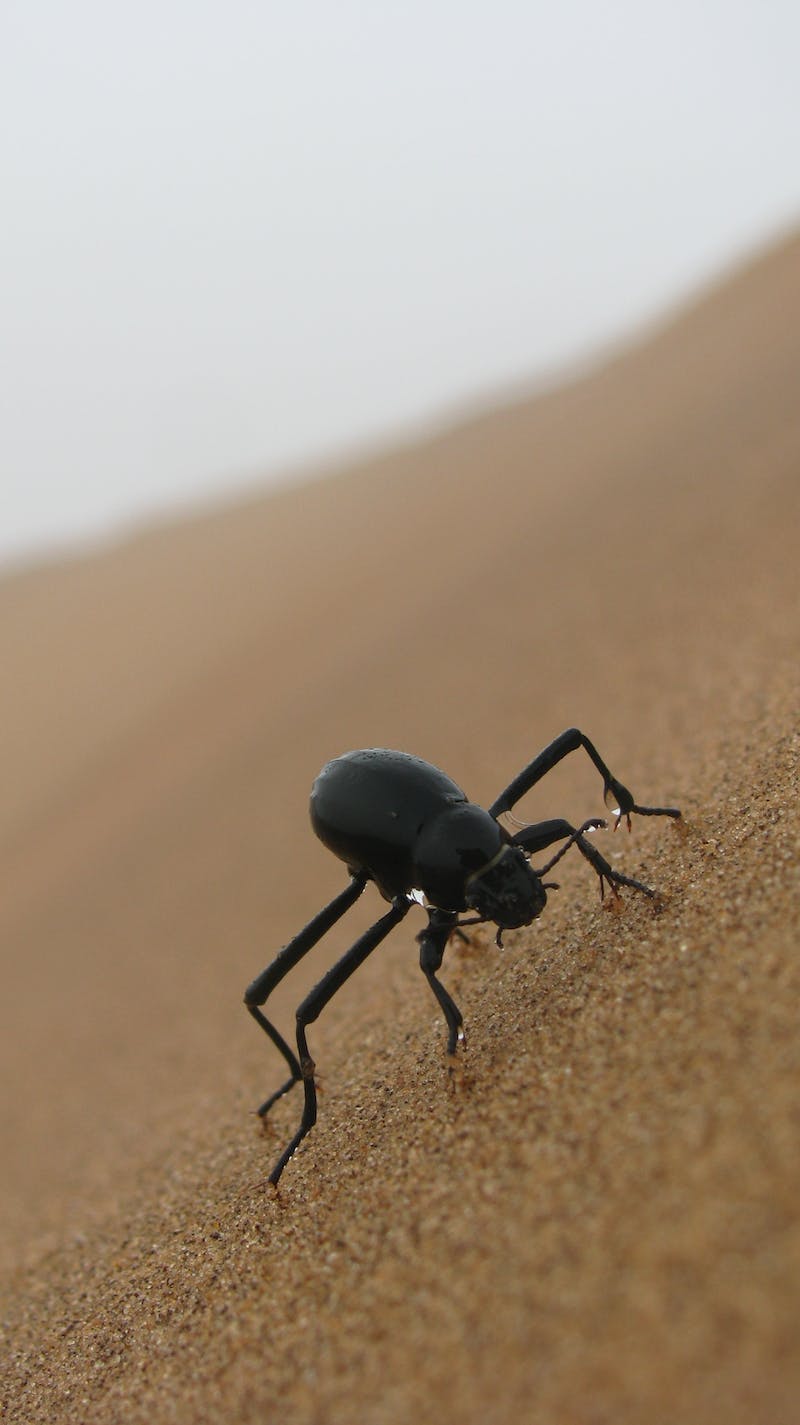 In the Namib Desert in southern Africa, the fogstand beetle stays hydrated even on sands that reach 60 degrees Celsius (140 degrees Fahrenheit). This species captures moisture from the air during morning fogs, when it climbs to the top of sand dunes, turns its body to the wind and lowers its head. The beetle’s shell is covered with bumps whose tops attract water while the sides repel it, allowing fog to collect on the beetle’s back and eventually trickle into the beetle’s mouth.

Scientists have already learned from the fogstand beetle’s water catchment adaptation and have used it as inspiration to produce fog catchers — mesh screens held up by poles that collect water which can then be dispersed to nearby communities. These work especially well in high-altitude and drier places, where rainfall may be limited. 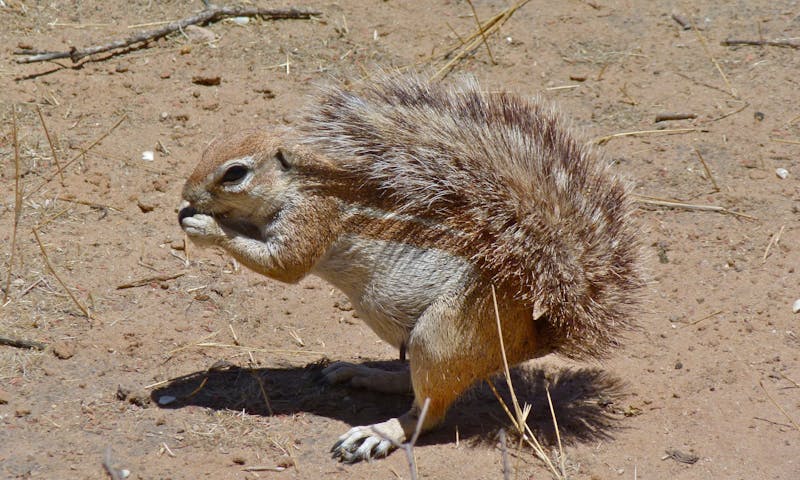 In one of the driest regions of southern Africa, the Kalahari Desert, the Cape ground squirrel thrives in an unforgiving climate. During the day, when the squirrel forages for food, it extends its tail over its body to shield against the sun. The tail, which acts as makeshift umbrella, has a lighter underside that reflects heat and helps keeps the squirrel cool.

Earliest use of the umbrella may date back to ancient Egyptian, Greek and Chinese cultures, but this species has likely been practicing the same idea for much longer. 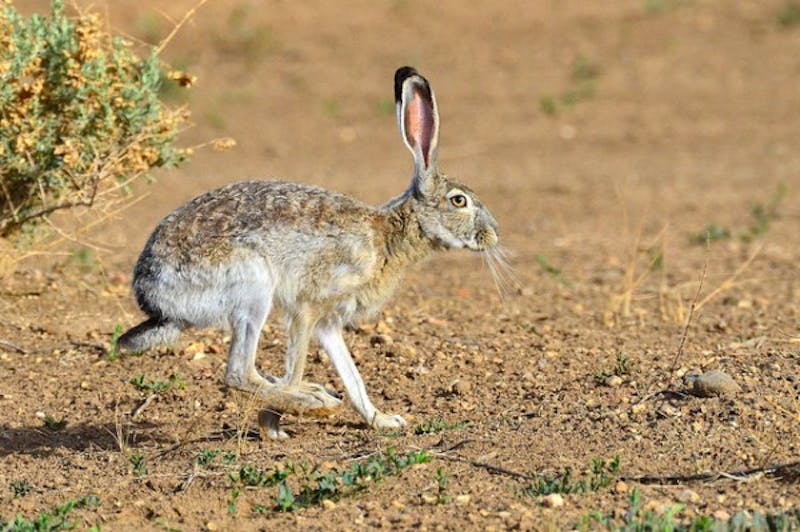 Observing the jackrabbit can help us find innovative ways to cool our buildings and electronics.

Nature has always been an inspiration to humanity; these species show that we have much to learn from the adaptive abilities of animals as average global temperatures continue to rise.

Cara Goldfarb is an intern with Conservation International.