Animals without borders: The challenge of protecting our oceans

Editor’s note: For three nights beginning August 31, Conservation International’s (CI) Dr. M. Sanjayan will be co-hosting “Big Blue Live,” a live television event documenting the natural splendor of California’s Monterey Bay. Tune in at 8 p.m. EST/PST (or check your local listings) on PBS to see what he discovers — and before you watch, learn why migratory species need Monterey in this blog from Dr. Greg Stone.

Each year, humpback whales pass through Monterey Bay with their newborn pups, heading to winter feeding grounds off the coast of Mexico. Leatherback sea turtles — which nest more than 20,000 kilometers (almost 12,500 miles) away in Papua New Guinea — frequent the waters of Monterey to feed on jellyfish. Sooty shearwaters fly here from breeding grounds in New Zealand. Elephant seals, great white sharks, killer whales, dolphins and many other marine animals pass through Monterey Bay, all in a quest for survival.

From its tide pools and wetlands to its kelp forests and underwater canyons, this national marine sanctuary on the California coast is an ecological marvel that plays host to microscopic plankton and behemoth blue whales alike.

The migrations of such a variety of marine life illustrate one fact that scientists studying the oceans have understood for some time: Marine species do not conform to the political boundaries created by people.

A humpback whale first taught me the magnitude, scale and adaptability of these long-distance ocean travelers. In the Gerlache Strait along the Antarctic Peninsula, my zodiac skimmed across the still waters toward the white spray of humpback whale breaths I had spotted several miles away. As I arrived at the spot where I’d seen the whale breath, I cut the engine and settled in for a wait. Fifteen minutes later, a mighty humpback broke the surface with a foul-smelling breath that roared like a deep, raspy, out-of-tune pipe organ. 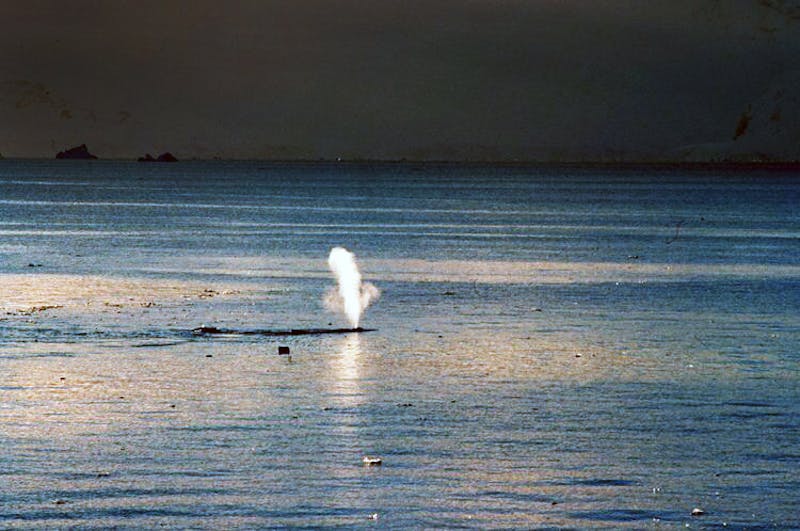 I raised my camera and snapped one of the most important professional science photographs I have ever taken. Using the distinct pattern on the underside of the tail, which humpbacks typically display before a deep dive, I was able to match it with a photo my colleague Lilian Florez Gonzalez had taken off the coast of Colombia — more than 11,200 kilometers (7,000 miles) away. Not only did this whale disregard national borders along the way and bypass a variety of offshore management areas, but it also crossed the equator, something we thought humpbacks never did. At the time, this record was the longest mammalian migration ever documented.

Scientists have studied Monterey Bay for decades. Yet, there is so much we still don’t know and have trouble predicting because the ocean, by nature, is dynamic. Species of tuna might change spawning areas season to season. Schools of bait fish can vary their movement based on upwelling of cooler, nutrient-rich waters. On the microscopic level, plankton blooms, which provide a massive source of food for larger species, can happen in different places and are difficult to predict.

In contrast, look at what we are capable of understanding about our own atmosphere: Anywhere I go in the world, I have an app on my phone that will tell me not only the temperature, but also the humidity, barometric pressure, wind direction, dew point and more. We have this information at our fingertips because we have sensors on the ground, in the air and (since the 1950s) in space that relay all the changes and movements in the atmosphere that affect our weather. 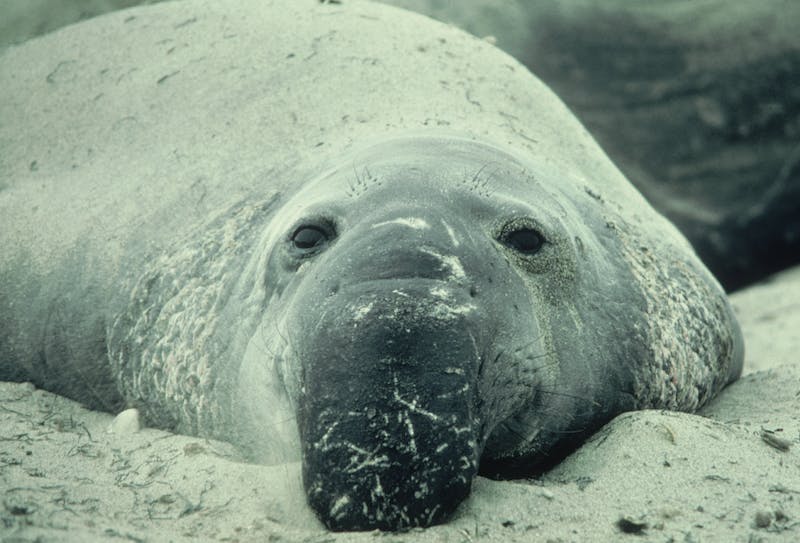 Northern elephant seals make two migrations a year — the only mammals known to do so. (© Monterey Bay Aquarium, photo by Steven K. Webster)

Humans got along without this level of detailed weather information for millennia, but our lives have vastly improved since its advent. Yet knowing, on a similar scale, what goes on in our oceans has, so far, been beyond our reach.

Special places like Monterey Bay, the Bird’s Head Peninsula in Indonesia, Cocos Island off Costa Rica or the Phoenix Islands Protected Area in the Pacific have offered shortcuts for understanding the dynamics of the oceans and the species that migrate thousands of miles through and above the water. They provide us great insight into the health of our oceans and how we can manage critical habitats, but they don’t give us the whole picture.

I am hopeful that scientific innovation will help unlock the mysterious movements of the ocean — that we will one day have real-time maps that accurately show us changes in ocean currents, upwelling events and species movements.

Healthy marine ecosystems like Monterey Bay provide more than just a destination for whale watching, scuba diving and tide-pooling. Species-rich and thriving marine ecosystems are the bedrock for healthy fisheries, which provide the main source of protein for more than 1 billion people across the planet.

On August 31, my colleague Dr. M. Sanjayan will begin co-hosting “Big Blue Live,” a three-night television series that will document wildlife action in Monterey as it happens. I hope that by witnessing the remarkable footage the show is sure to capture, more people will begin to realize not only the importance of protecting Monterey Bay, but also how its ability to thrive is intertwined with so many other places near and far.

Cover image: Humpback whale calf in Hawaii. Found in all the world’s oceans, humpbacks migrate thousands of miles between calving and feeding grounds; the population that feeds in Monterey Bay in September will swim down to Baja California to mate. (© David Fleetham)