Animal love: 8 weird ways species get it on

Above: A kakapo on Anchor Island, New Zealand. The world’s heaviest parrot, the extremely rare kakapo only breeds every three or four years when a particular tree species is fruiting. (© Jake Osborne/Flickr)

Editor’s note: It’s Valentine’s Day, when thoughts turn to romance — a complicated matter for us humans, but even more so for some of our animal friends. This Valentine’s Day, we asked Conservation International’s own Russ Mittermeier, a renowned primatologist and naturalist, about some of the more colorful mating habits of the animal kingdom.

1. Male parrots only get lucky if a nearby tree is producing fruit.

“The kakapo is a nocturnal, flightless parrot residing in New Zealand. Males of this critically endangered species climb to the top of a mountain, build a nice round display area, then “boom” several hundred times per night to attract females. But the females are interested only once every three or four years when a particular tree species fruits — so the males boom tens of thousands of times before they get any action. Reminds me of some guys I knew in high school.” 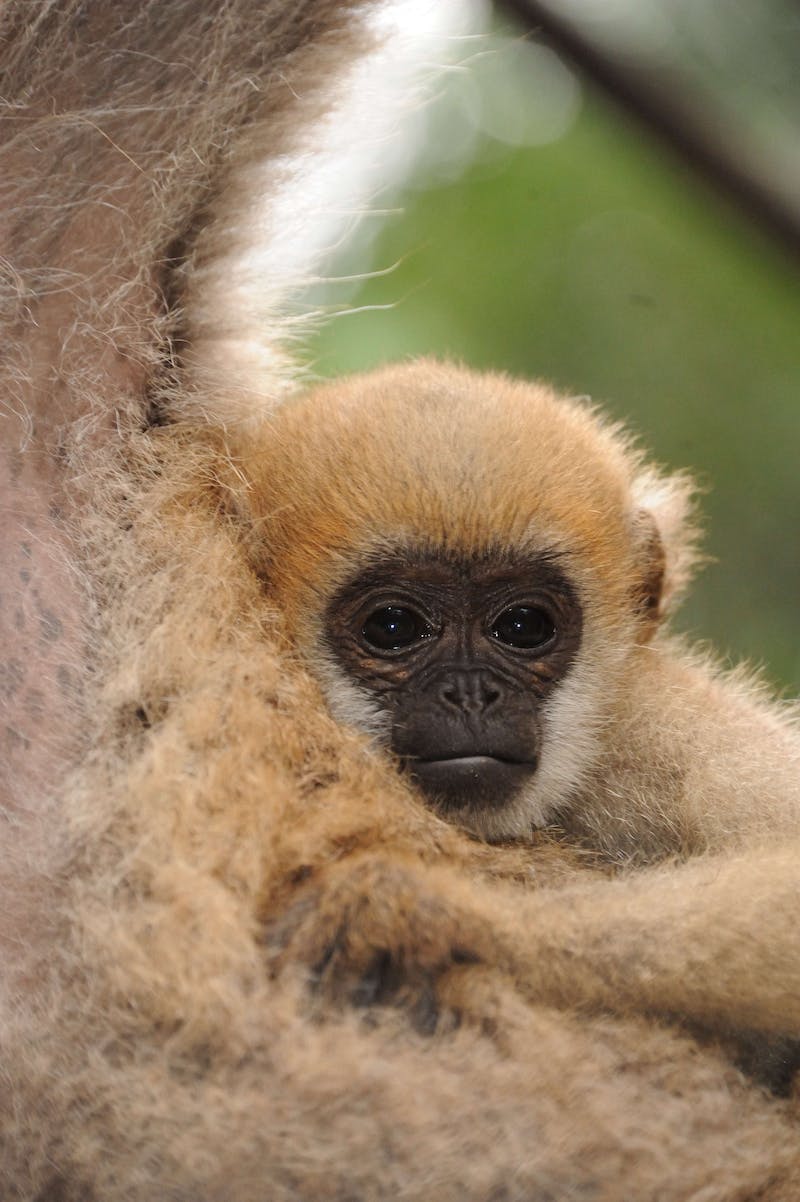 This infant muriqui in Brazil was likely fathered by the most virile male to mate with its mother. (© CI/Russell A. Mittermeier)

“Muriquis, which live in Brazil’s Atlantic Forest, are the largest South American monkey — and they have the testicles to match. Male muriquis have the largest testicles of any primate relative to their size (they’re pretty big in absolute terms as well). When a female is receptive, the males mate sequentially with her, with the one producing the most sperm presumably fathering the offspring. There is virtually no fighting among males; in fact, there’s great camaraderie.”

3. Thousands of snakes gather in Canada every year for a giant mixer.

“In the limestone caves around Lake Manitoba, geology has created perfect conditions for the annual mating season of red-sided garter snakes. As the males search among the hordes for females, they sometimes get tangled up in writhing balls of reptile.” 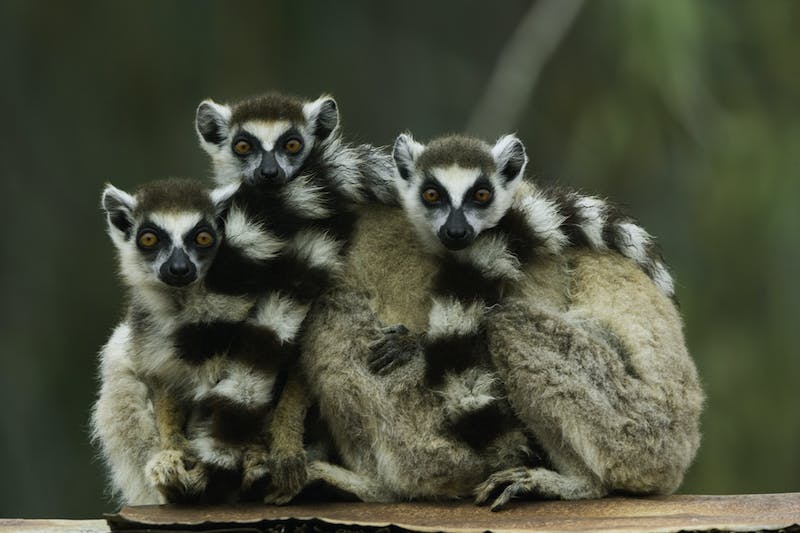 “In the society of Madagascar’s ring-tailed lemurs, females are dominant. Not only do the females beat the hell out of the males, they also have a strong dominance hierarchy among themselves, with subordinate females suffering a great deal.”

5. Tortoise dating credentials: round, nearby 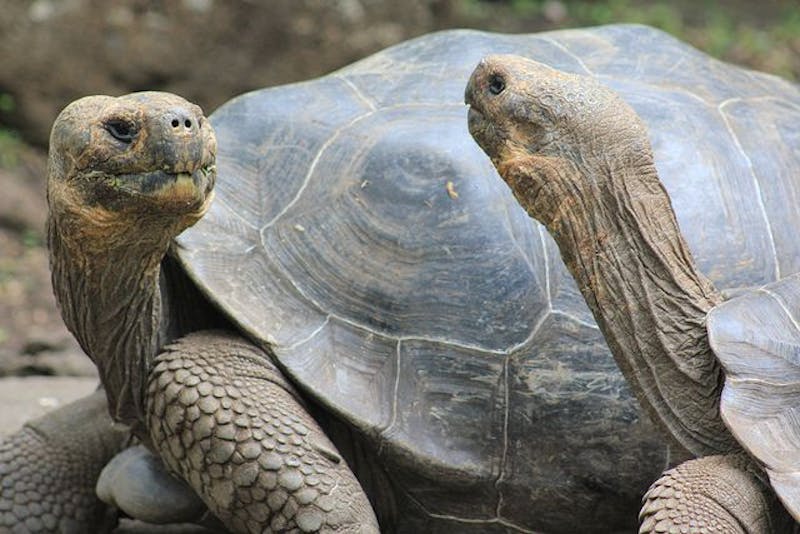 Galapagos tortoises, which like most tortoises are not very picky about the objects of their affection. (© Island Conservation 2012/Flickr Creative Commons)

“Tortoises try to mate with anything vaguely in the shape of a tortoise — footballs, rocks, shoes, other species of tortoise. The sounds they make while doing it are also quite distinctive. (If you think you’ve never heard it, it might be time to re-watch ‘Jurassic Park.’)”

6. Even some so-called monogamous species “cheat.” 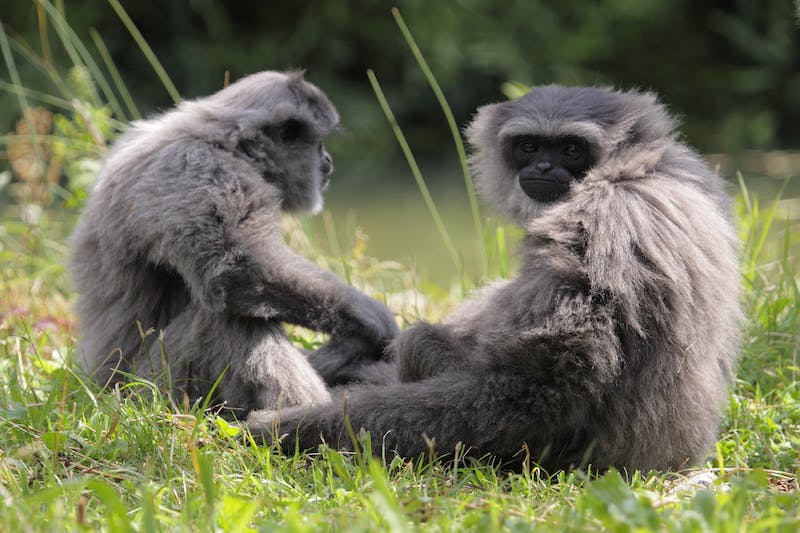 A pair of silvery gibbons on the Indonesian island of Java. (© Lukas Blazek)

“Gibbons are often cited by animal lovers as a rare mammal that forms monogamous pair bonds. However, even these individuals cheat like hell.”

“The bowerbirds of Australia and New Guinea are junk collectors. They collect large quantities of stuff of different categories, mostly shiny things like pieces of plastic or metal, seeds, shells, etc., and try to impress females with them. I must have been a bowerbird in another life.”

8. With orangutans, the “nerds” have the last laugh. 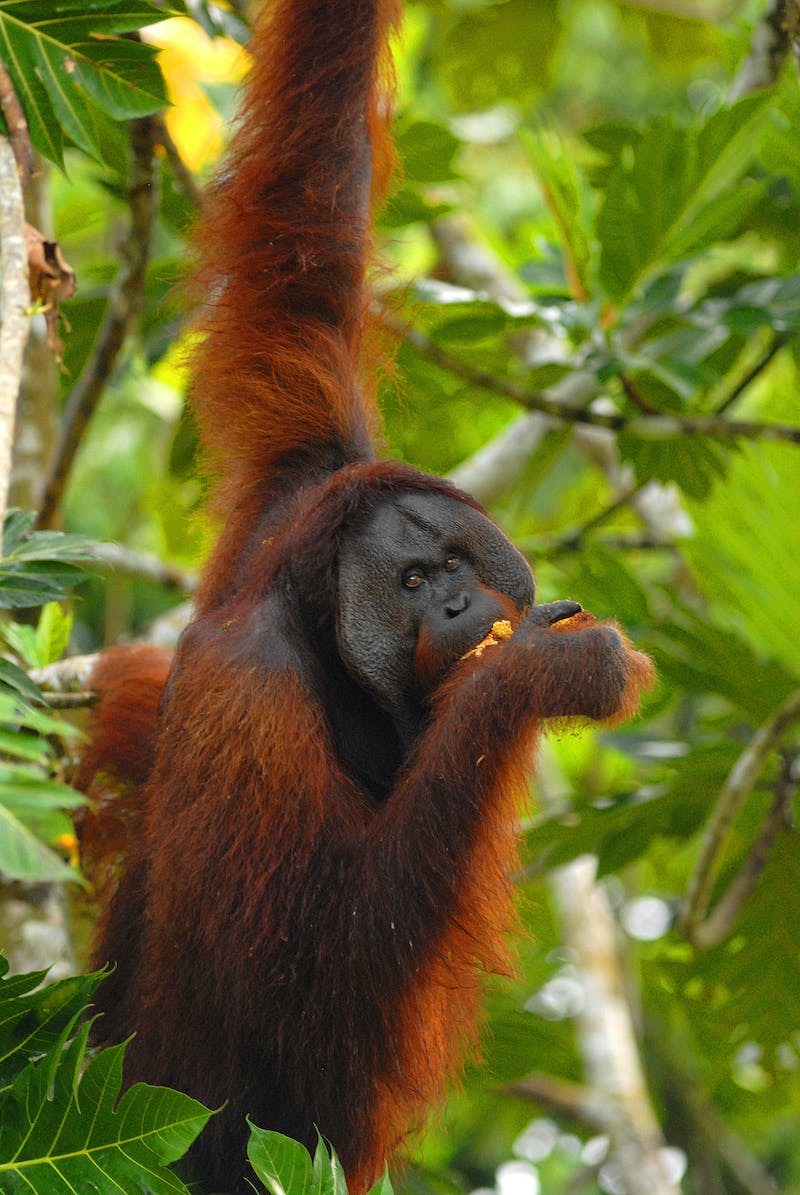 A “flanged” male orangutan has a snack on Borneo, Malaysia. (© Trond Larsen)

“When they reach maturity, male orangutans develop fleshy cheek pads called flanges. These big flanged males are the football players of the orangutan world, and you think they would dominate all mating. But the wimpy unflanged males (read: computer nerds) sneak in every chance they get, and actually have comparable reproductive success to the big guys.”

Molly Bergen is the senior managing editor of Conservation News. To test your knowledge on animal love, take this quiz.