Across the world’s seas, more refuges for predators

On June 15, the Cayman Islands and St. Maarten in the Caribbean became the latest territories to close their territorial waters to commercial shark fishing, raising the number of shark sanctuaries around the globe to 21. Grenada and Curacao also vowed to pass legislation banning shark finning in their exclusive economic zones (EEZs) before 2017. This represents an enormous triumph for the protection of marine ecosystems. Here’s why.

What is a shark sanctuary?

Shark sanctuaries are a form of marine protected area (MPA) that typically ban commercial fishing of sharks; some also ban recreational fishing of all species.

The history of shark sanctuaries dates back to 2002, when Samoa declared its EEZ to be a sanctuary for whales, dolphins, turtles and sharks. The Pacific island nation of Palau followed in 2009 when it singled out sharks by designating its waters as the world’s first shark sanctuary. In 2014, the country expanded this into a national marine sanctuary banning foreign commercial fishing in an area the size of France. 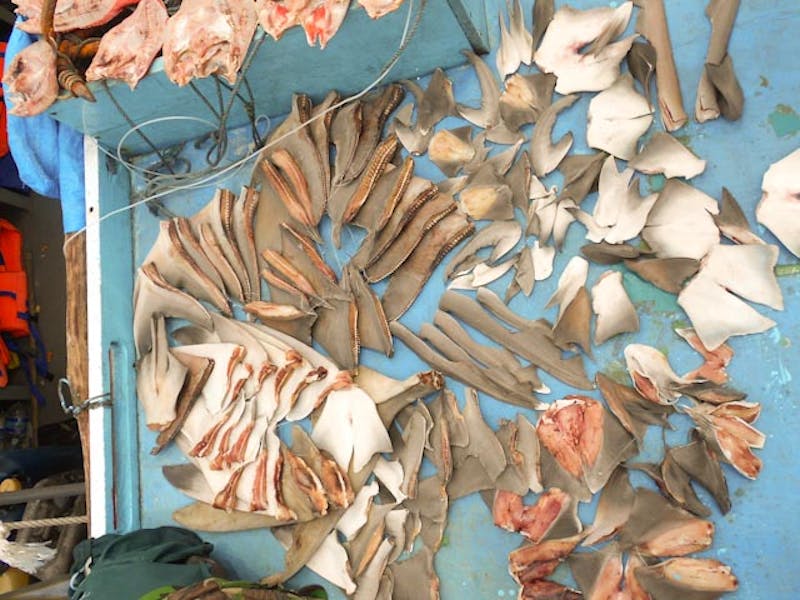 Fresh shark fins drying on the deck of an illegal fishing vessel in Indonesia. (© Conservation International/photo by Abraham Goram)

Why should sharks get special attention?

In many Pacific Islands nations such as New Caledonia, sharks hold a special place in local culture.

“In Kanak [indigenous Melanesian] mythology, sharks symbolize the elder — the ancestor that gave birth to the first man,” explained Mael Imirizaldu, a marine adviser for Conservation International (CI) in New Caledonia. “No harm is ever purposefully done to a shark here.”

Species are the building blocks of healthy ecosystems, and sharks are some of the biggest. According to Schannel van Dijken, marine program director for CI Samoa, “As apex predators, they are a key indicator of ocean health. They remove sick or unhealthy fish from the population; they keep the species below them in check, and thus maintain species diversity.”

Removing sharks from ecosystems would be disastrous. Some studies have found that sharks are crucial for healthy coral reefs. Without sharks to keep mid-level predators in check, the population of those mid-level predators would explode, resulting in a dramatic decline in the herbivorous fish they consume. With fewer herbivorous fish, algae would overtake young coral, and the reef would decay.

From an economic standpoint, tourism would also suffer.

Case in point: A study in Palau found that one shark can generate US$ 2 million in ecotourism benefits over its lifetime, compared with $108 for the one-time sale of its fin. Diving in Palau is so popular that its revenue makes up 39 percent of the nation’s GDP. Sharks and mantas have been ranked as the top attractions for divers, meaning the economies of entire communities and countries depend on shark sanctuaries.

“Most marine megafauna are worth more alive than dead in terms of tourism,” said Olive Andrews, CI’s marine program manager in New Zealand. “The [Palau] sanctuary allows for research and conservation efforts to be done in partnership with tourism operations. As such, it encourages public education about the sharks’ plight — a service as valuable as direct conservation measures, because it gives people the opportunity to participate and support the conservation of the places and species they love.” 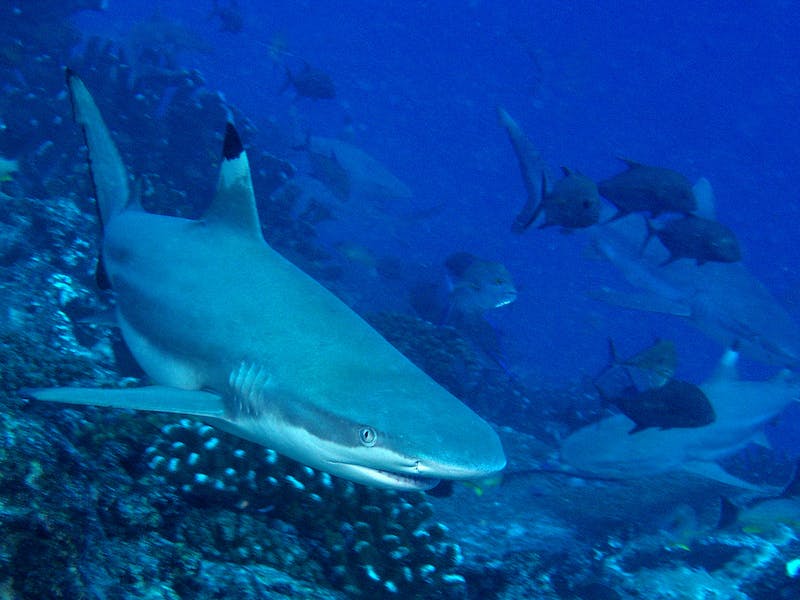 On the surface, protecting sharks seems daunting. The ocean is vast, and there are countless difficulties procuring the resources needed to ensure the success of shark sanctuaries. Also, sharks are highly migratory animals. “Last year on a humpback whale survey in New Zealand’s Kermadec Islands, we encountered a great white shark feeding on a dead humpback whale calf,” Andrews said. “We photographed the shark, and it turns out that it’s a known individual — tagged as a juvenile five years ago near Stewart Island on the other side of New Zealand. This animal has been documented traveling over 1,500 kilometers (932 miles) to feed, which is pretty extraordinary.”

As Angelo Villagomez, a senior associate for shark conservation with the Pew Charitable Trusts, shared on that organization’s website, “many of those who said [protecting sharks] was impossible underestimated the commitment of the people and governments” that established shark sanctuaries.

Authorities in the Marshall Islands, for example, prosecuted five shark sanctuary violations in early 2013, resulting in fines exceeding $200,000. In Indonesia, the government has ramped up enforcement of the country’s MPAs, sinking poaching boats to send a message to other would-be illegal fishers. Although sharks live a long time and are slow to sexually mature, there is evidence that shark populations are beginning to recover.

Back in March, the Galápagos Islands made news when Ecuador expanded its “no-take zone” to encompass 30 percent of its marine reserve, creating the sanctuary with the largest concentration of sharks in the world. Scott Henderson, vice president of CI’s Eastern Tropical Pacific Seascape program — which includes the Galápagos — pointed out that the Galápagos Marine Reserve had technically been a shark sanctuary since its creation.

“No shark fishing is permitted in the reserve, and even incidental (bycatch) of sharks in legal fisheries must be released alive or, at worst, discarded dead,” he said. “The difference is the expanded sanctuary will allow no fishing of any kind, so there will be no incidental capture of species such as sharks, turtles, mantas or seabirds to deal with. Importantly, targeted shark fishing is illegal in Ecuadorian waters, but retention of bycatch is permitted as long as all shark catches are recorded.”

Other countries continue to make progress. “Samoa has legislation protecting sharks and rays, but there is no legislation against exporting shark fins,” van Dijken said. “The government is currently working on amending the legislation to include this.”

As species that have outlived the dinosaurs, that balance marine food webs, that improve human well-being and that have captured the imaginations of humans for millennia, sharks are starting to get the protections they deserve.

Cover image: A whale shark swims with a snorkeler in Indonesia. Although whale sharks are not prime targets for commercial fisheries, markets for their fins exist — despite the fact that their value in tourism far exceeds the price of their fins. (© Conservation International/photo by Mark Erdmann)