A ‘Fitbit for the oceans’ aims to boost ailing seas

If Earth’s oceans were a man, he would be anemic and feverish, his arteries clogged and his blood chemistry out of whack.

If only some medicine and bed rest could cure the human impacts afflicting our seas: The ocean is warming at a faster rate than previously anticipated; overfishing is likely much worse than we thought; and by 2050, plastics in the ocean could outweigh fish. Meanwhile, the seas’ symptoms vary in intensity and location: invasive species here, habitat destruction there — and acidification everywhere.

Now, a tool recently developed by Conservation International (CI) and partners can accurately isolate the ocean’s ills — and even help prescribe a cure.

“Measuring and understanding the state of our oceans is a first step toward ensuring that they can continue to provide benefits to humans, now and into the future,” said CI’s Johanna Polsenberg, director of the Ocean Health Index (OHI), a global monitor of the state of our seas.

A partnership with the National Center for Ecological Analysis and Synthesis at the University of California, Santa Barbara, the OHI provides an essential method for gauging ocean health, enabling its users — including governments, businesses and researchers — to zoom in on problem areas.

“With our own health, most of us have a general sense as to whether we are healthy overall or not,” Polsenberg said. “But, as we might infer from the explosion in the use of personal fitness monitoring devices, such as the Fitbit [fitness tracker], many of us want help understanding more precisely what exactly is going well and where we need to focus our attention.

“The OHI is like a Fitbit for the oceans.” 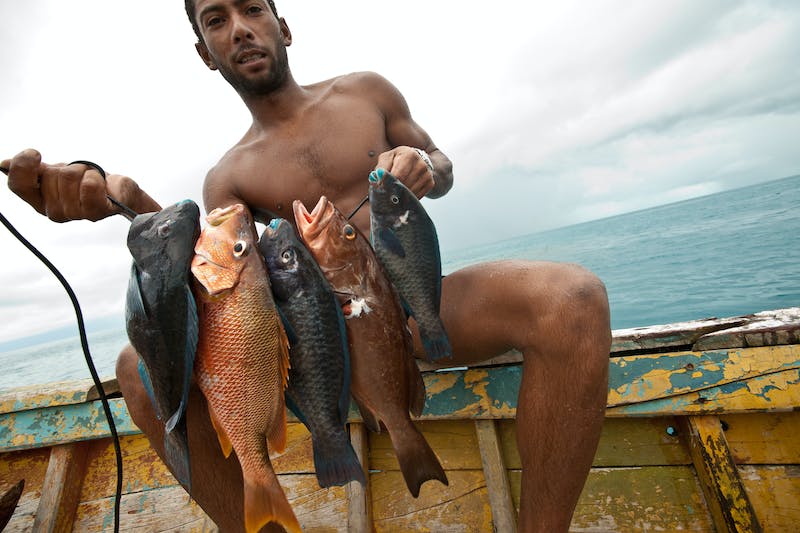 Just as a fitness tracker monitors a range of your daily activities — including number of steps taken or calories burned — the OHI measures against 10 goals for a healthy ocean, such as food provision, carbon storage or coastal livelihoods.

A perfect bill of health is 100. In 2015, the OHI gave the oceans an overall global score of 70. While this score offers a snapshot of the health of the ocean as a whole, diving into the data can provide a far more revealing portrait — and spur action.

A turnaround in Colombia

The OHI’s first report card in 2012 gave Colombia a low score of 52 — citing its poor performance on coastal protection, tourism and water quality, among other categories — prompting a news outlet in the South American country to proclaim, “Colombia fails in health of its oceans.”

“The headline caused a major stir, and our office in Colombia started getting phone calls from the government first thing in the morning,’ said Sebastian Troëng, the senior vice president of CI’s Americas division. “There was a real sense of concern that our working relationship with the government agencies may have been damaged, but the challenge was turned into an opportunity to work together to improve ocean health.”

The government invited the OHI team for a debriefing. What happened after a two-hour meeting with high-level government officials and NGO representatives epitomizes the ultimate goal of the OHI. The Colombian government pledged to increase their regional score and embraced the OHI approach as a way to do so, aiming to increase the nation’s score by five points by 2018 and, to help get there, launching a “Blue Agenda” that draws on the OHI method to identify priority actions.

The country’s score in 2015 was 61, with major improvements seen in some of its problem areas. To continue improving, Colombia has now strapped on its own “fitness tracker,” taking the monitoring of its oceans into its own hands. 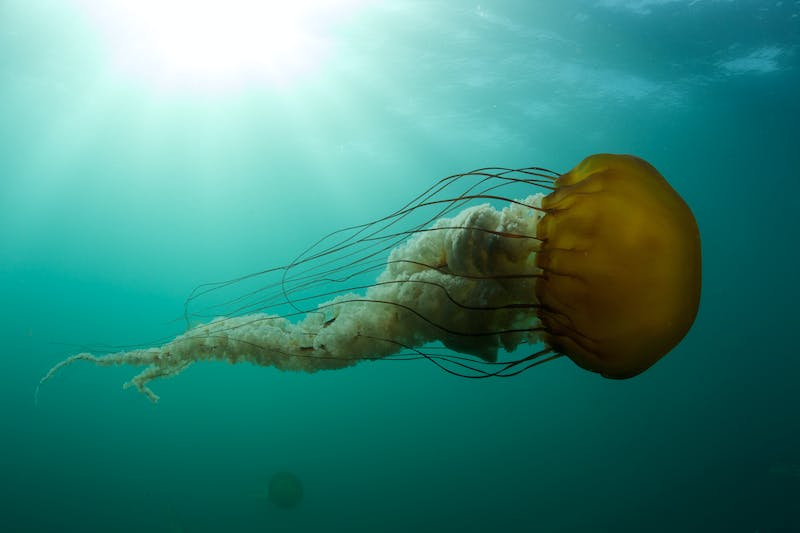 It’s all but impossible to manage ocean health at a global level, so the OHI was designed to be most effective in the hands of individual countries, at the scale where actual ocean policy is made.

Using free instruction and open-source software available online, any country can conduct its own OHI+ assessment. This way, countries such as Colombia can focus on local goals — and still help advance ocean health globally — by doing their own data collection, analysis and reporting.

Over time, a clearer and more reliable picture of ocean health in specific regions will emerge, with better evidence from which countries and organizations can make policy.

“The ultimate purpose of conducting an assessment is to improve ocean health, with intermediate steps of informing decision-making and tracking changes through time,” Polsenberg said.

“In the case of Colombia, it’s been almost four years in the making: countless meetings, discussions with government officials, hours of gathering data and information, reaching out to key stakeholders and facilitating technical trainings,” he said. “It was a lengthy process, but it has already yielded tangible outcomes such as greater collaboration among sectors in Colombia that previously did not communicate much with each other.”

In addition to informing local and national policies, the OHI+ might also inspire healthy competitions between neighboring regions. Since Colombia spearheaded the OHI process in South America, Peru and Ecuador have followed suit with their own assessments. Ecuador completed an OHI+ assessment of the Gulf of Guayaquil in 2015, which the government is using to develop its National Plan for Well-being.

On the other side of the globe, China recently completed an assessment of 11 coastal provinces; the nation’s State Oceanic Administration then used the results to help inform sections of its current five-year plan. China’s OHI+ likely played a role in spurring Japan and South Korea to begin their own assessments.

On a global scale, the OHI has also been featured as a tool with the U.N. World Ocean Assessment and the Global Environment Facility’s Transboundary Water Assessment Program.

One country at a time

As of this article’s publication, at least 28 countries are using the OHI+ framework.

By acting one country at a time, Polsenberg and her team envision that the OHI’s independent assessments will accelerate improvement in the health of the world’s oceans. “Our goal is that by 2020, countries that together are home to at least 50% of the world’s coastal population will be using the OHI,” she said.

“No one person or group or even government can do this alone,” she continued. “Not only does the OHI provide a sophisticated framework for working across sectors, it also offers a virtual gathering place around which groups and individuals working on any aspect of the 10 benefits can share and collaborate. That alone may turn out to have been our greatest accomplishment.”

Cassandra Kane is a staff writer at Conservation International.

A boat sails over coral reefs off of Alor, Indonesia. In addition to conducting global marine assessments, the Ocean Health Index gives countries the tools they need to asses the health of their own seas. (© Conservation International/photo by Sterling Zumbrunn)