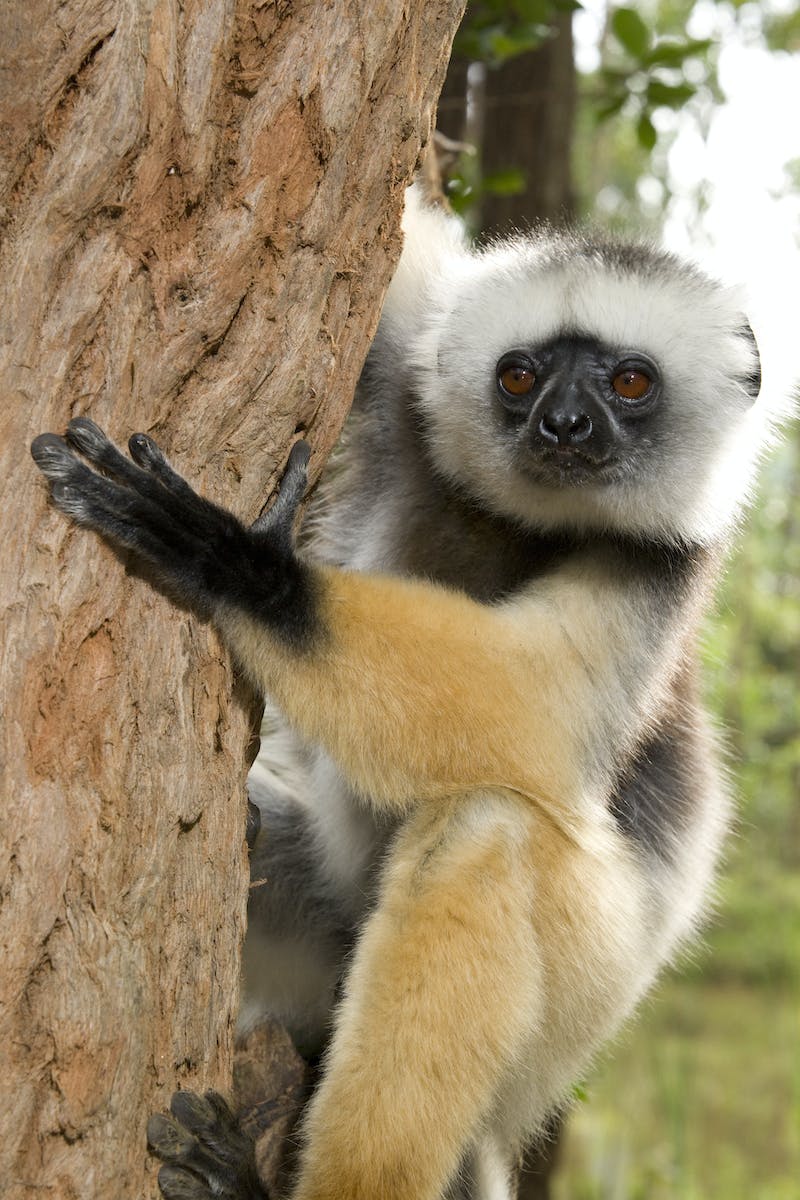 Lemurs eat tree fruits and disperse seeds through their feces, making them vital to the health of Madagascar’s rainforests. (© Conservation International/photo by Cristina Mittermeier)

Lemurs, which are native to Madagascar, help sustain the trees that feed them. After these primates eat a tree fruit, they release indigestible seeds through their feces that have a 300% higher chance of germinating than if they hadn’t passed through the animal. And since lemurs like to jump from tree to tree, their helpful droppings spread throughout the rainforest. This lemur-tree relationship supports a healthy and diverse forest, but is in danger due to deforestation, which threatens 90% of the lemur population.

Without lemurs, the future of Madagascar’s rainforests — and their value to people — is put into question. Raising awareness about this valuable “friendship” could help protect the forests from further degradation. 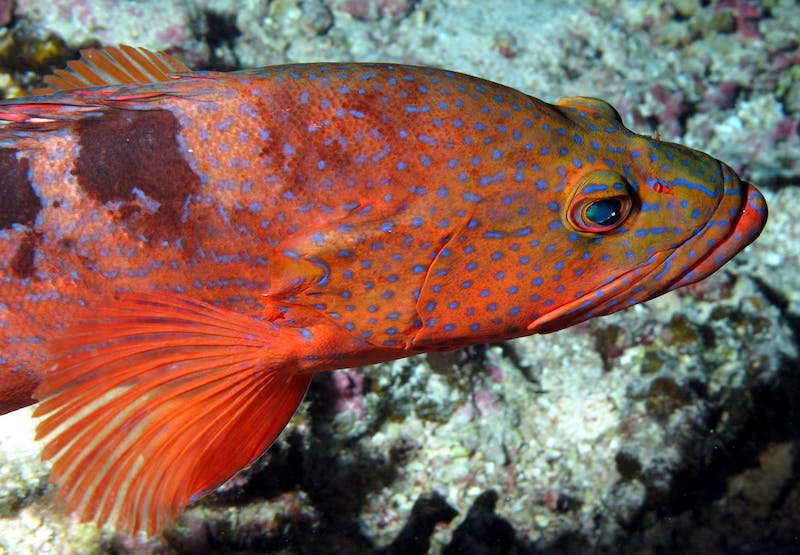 To increase their hunting success rates, a grouper and a moray eel will collaborate to capture prey. (© Derek Keats)

Why would a grouper — which lives in open water — and a moray eel — a reef dweller — interact with each other? Surprisingly, these two species can increase their hunting success rates by working together. If a reef fish hides in the coral to avoid a grouper, the grouper will signal the moray eel for help by shaking its head. The moray eel then follows the grouper to the prey’s hiding place to search out the prey. Having no safety in the reef or the open water, the prey will ultimately have to surrender as a meal to either the grouper or the eel. 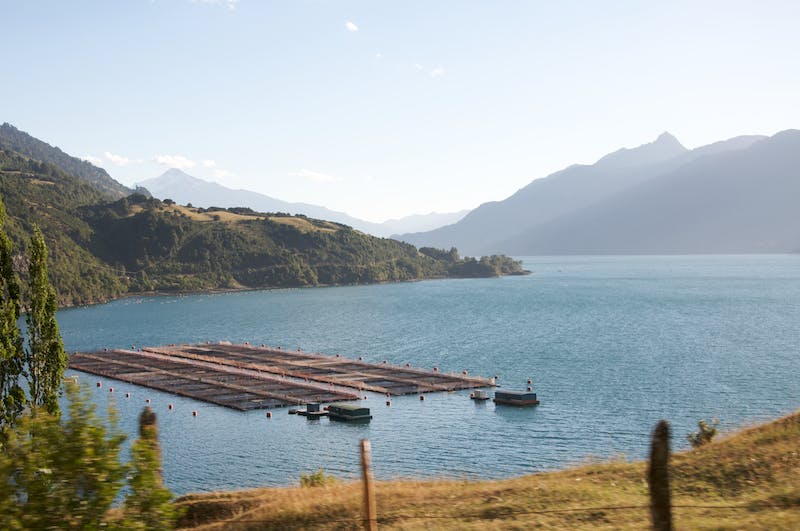 Although it’s currently responsible for more than 50% of seafood production worldwide, aquaculture raises many environmental and health concerns. Farmed salmon, which make up 70% of the salmon market, live in open-net cages that attract sea lice (parasites) at a higher rate than wild salmon, due to the close proximity of the fish and their lack of mobility. Sea lice threaten salmon populations by causing infections, attacking juvenile fish and spreading diseases to other wild and farmed populations. This is not good for the salmon — or the salmon business.

One way farmers are addressing this issue is by releasing a natural sea lice predator, cleaner fish, into their open-net cages. Just one cleaner fish has the potential to keep dozens of salmon sea lice-free — that’s a lot of food for the cleaner fish and a lot of saved salmon! 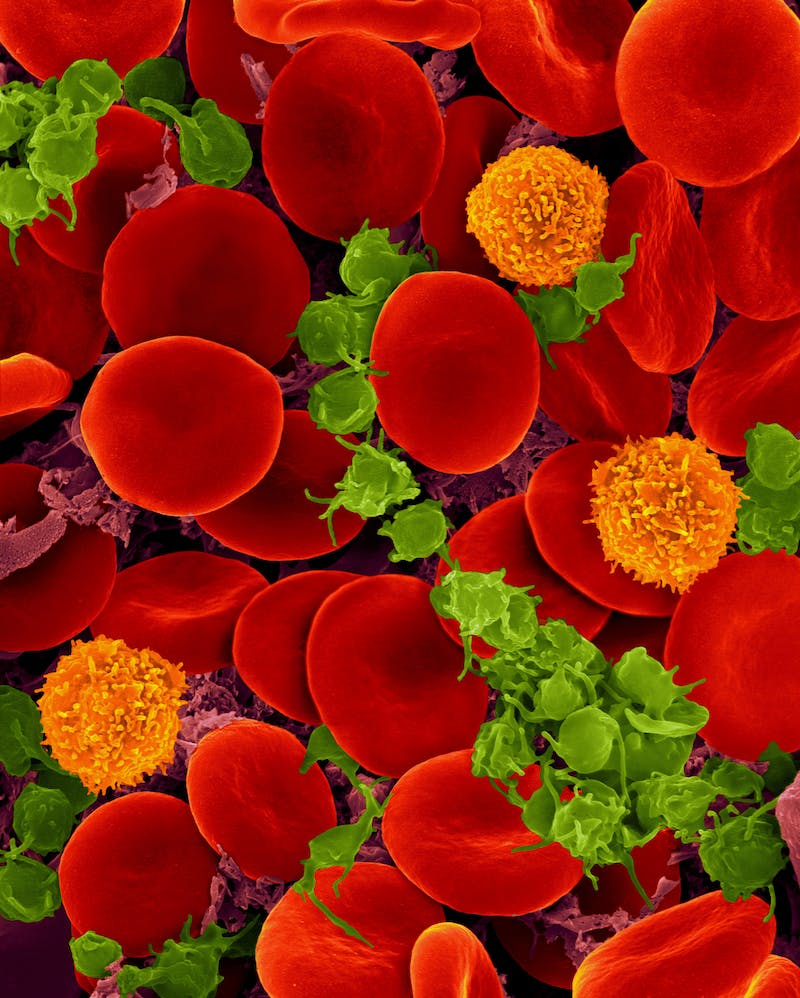 There is much that we still don’t know about the microscopic world within our bodies. (© Dennis Kunkel, Dennis Kunkel Microscopy, Inc)

Not all species interactions take place in forests or oceans. The human gut is filled with a diverse collection of bacteria (microbiota) that make up what is called the microbiome. The microbiome comprises 90% of our body, which means that humans are more bacteria than they are “human.” These bacteria are essential to maintaining our health; they help us digest and harness the energy and nutrients from our food as well as fight off harmful bacteria. Put simply: You feed your microbiota by eating and in turn, your microbiota keep you going!

There is much we still don’t know about how our bodies work, but the declining diversity within our microbiomes may be making us more susceptible to allergies, obesity and other illnesses. Our constant use of antibiotics and sanitizers may be contributing to this by killing some of our good bacteria along with the bad. Sometimes getting dirty might actually be beneficial to our health. 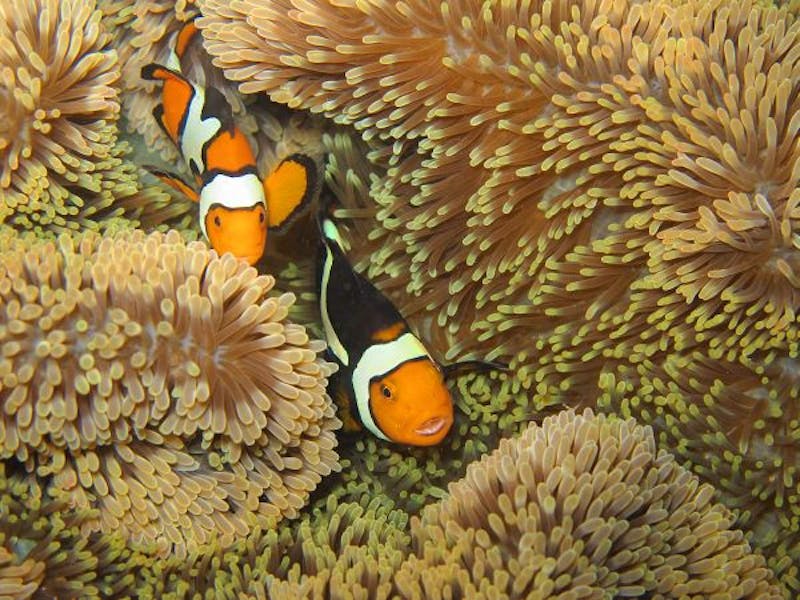 The clownfish covers itself in mucus to avoid the paralyzing sting of the sea anemone’s tentacles, allowing the two species to form a mutualistic relationship. (© Conservation International/photo by Trond Larsen) 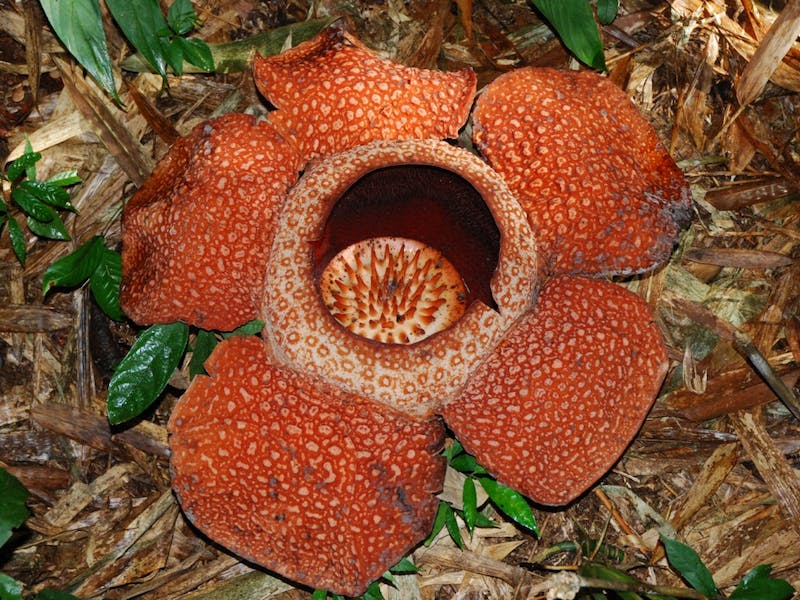 Just as human relationships sometimes turn toxic, some relationships in nature are also parasitic — benefitting one species while the other is harmed.

Named for its putrefying smell, the parasitic corpse flower defies floral stereotypes. With no roots, stems or even chlorophyll of its own, the species burrows into vines and tree roots, stealing their nutrients. Eventually the corpse flower will burst out of its host and display the largest single flower of any flowering plant.

As the voice of Flower in CI’s Nature Is Speaking film series, Lupita Nyong’o says “People underestimate the power of a pretty little flower.” If they came across a blooming corpse flower, they might think differently.