3 things no one is talking about this Earth Day

But you’ve probably heard enough about all those things already. For a change of pace, here are three things almost no one is talking about this Earth Day.

1. The Texas fatmucket — and why obscure species matter.

Polar bears, orangutans and tigers are frequent poster children for species extinction. But these “charismatic megafauna” are only the tip of the melting iceberg. For every one of these beloved species, there are dozens of little-known ones like the Texas fatmucket (Lampsilis bracteata), a freshwater mussel threatened by habitat destruction that is now found only in a few streams within its former range.

Obscure species like the Texas fatmucket may not capture people’s hearts, but that doesn’t mean they aren’t valuable. The world’s ecosystems depend on the interaction of thousands of plant and animal species to function, and despite centuries of scientific research, humanity has barely scratched the surface of understanding how ecosystems work — even as a sixth mass extinction crisis looms.

According to the “rivet popper” theory, which compares Earth to an airplane, a plane can survive with a few rivets missing — but we don’t know which one’s removal will be the tipping point that causes the plane to break apart mid-flight. It’s the same with species; at which point will accelerating extinctions set off an irreversible decline?

The loss of the Texas fatmucket would not rouse the sentiment of the extinction of the giant panda or mountain gorilla. (In fact, it could have already disappeared without our knowledge; the Texas fatmucket was characterized as Near Threatened by the IUCN Red List of Threatened Species in 1996, and has not been assessed since.) However, that doesn’t mean its loss won’t somehow be felt by people — and the planet — further down the road.

2. The ultimate cost of our electronics addiction and what we can do about it. 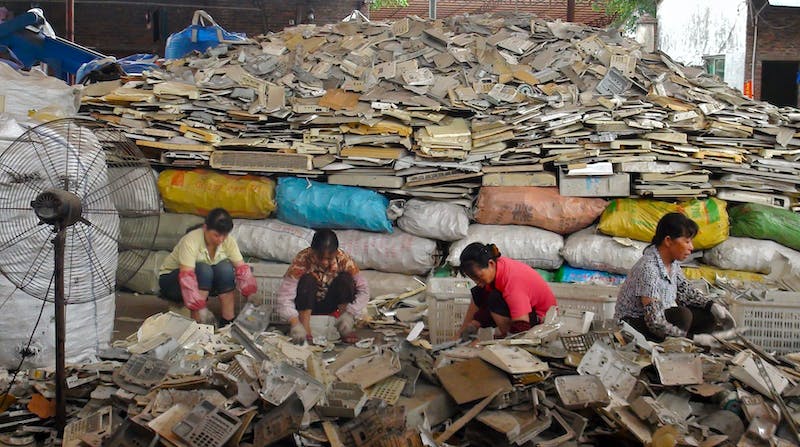 There are already more mobile phones on Earth than people — and our obsession with upgrading to the latest phone, tablet, TV or computer seems unlikely to slow anytime soon. In addition, research indicates that the lifespan of many of these products is getting shorter, requiring more frequent replacement by users.

Not only do these factors combine to create enormous demand for the rare minerals needed to power our devices, they also produce a hazardous byproduct: Ever-growing mountains of electronic waste.

Although electronic recycling programs have proliferated in recent years, a large percentage of “e-waste” still ends up (often illegally) in landfills in China, India or Nigeria.

There, it leaches toxic materials such as mercury, lead and cadmium into the ground, water and air. These chemicals can sicken the people working to extract the precious minerals these electronics contain — often children working without proper safety equipment, and using dangerous methods like burning plastic and etching metals out of the electronics using acid. These practices further contaminate the environment.

It may sound hopeless, but there are things electronics users can do to avoid adding to the problem, such as avoiding unnecessary product upgrades and making sure all e-waste is recycled through companies approved by e-Stewards and R2, two EPA-endorsed programs that set standards for e-waste recycling.

3. How we fixed the ozone layer — and what it means for climate change. 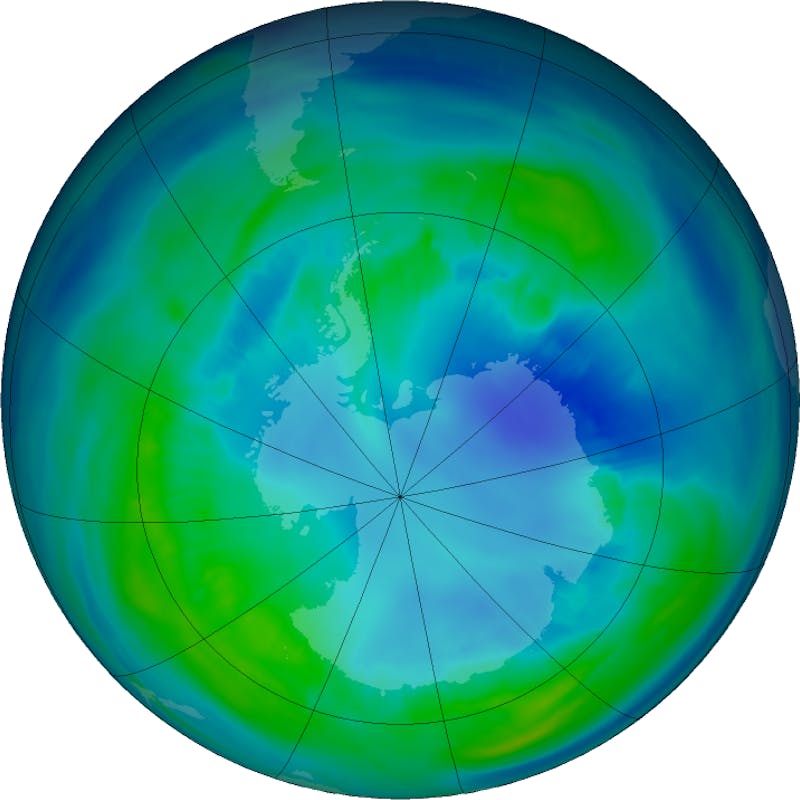 In the 1980s, scientists discovered a hole in the ozone layer over Antarctica. Ozone is a gas that protects the Earth from ultraviolet radiation; its disappearance could cause more skin cancer, crop damage and untold other impacts on life on Earth.

When scientists determined that the hole was the direct result of human use of chlorofluorocarbons (CFCs) in products such as aerosol cans and refrigerators, the global community took swift action. In 1987, the world’s nations adopted the Montreal Protocol on Substances that Deplete the Ozone Layer, an international treaty that made a plan to phase out the use of CFCs.

Two and a half decades after the Montreal Protocol entered into force, it appears to be working — in 2014, the U.N. reported the first significant increase in stratospheric ozone in 35 years. Although the problem isn’t solved yet, it has gone from an urgent global priority to a cautious success story in a relatively short period of time.

As the world’s countries hammer out the details of the first global agreement to fight climate change (which will begin implementation in 2020), the success of the Montreal Protocol should be a beacon of hope — a sign that when countries band together in pursuit of a common cause, they can make real change happen.

Molly Bergen was the senior managing editor of Human Nature.

Cover image: So few people are talking about the Texas fatmucket (a species of mussel) that we couldn’t find a photo of one. This photo shows mussels in Cornwall, U.K. (© Ant & Carrie Coleman)