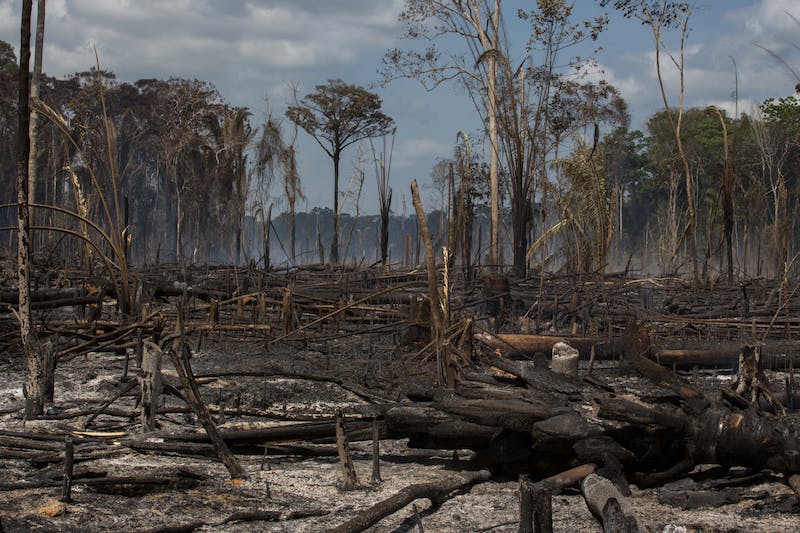 “Early 2020 has seen a perfect storm of factors that is likely to lead to another intense fire season across the Amazon. Predicting the fire season in the Amazon is not straightforward; fire in the Amazon is influenced by ecological, climatic, social, cultural, and economic factors. Conservation International is examining all facets of Amazonian fires, from sea surface temperatures that influence rainfall in South America, to commodity-driven deforestation, and the COVID-19 pandemic.

“We are seeing warmer than average Atlantic sea surface temperatures just north of the equator which usually indicate a drier than average fire season in the Western Amazon. Traditionally, public focus tends to be on the Brazilian Amazon, which holds 60% of the Amazon rainforest, however it is equally important to monitor fire risk throughout the remaining 40% of the forest in other Amazon countries and ecosystems.

“This year, due to drier conditions predicted by NASA and used by Firecast, two of the most at-risk areas are in Peru and Bolivia (Santa Cruz and Beni). Drier conditions do not mean there will be more fires in number but indicate that there will be more area burned due to fire size and the increased risk of uncontrolled spread. This burning has significant ecological, economic and health consequences. We’re also closely watching the Brazilian Amazon states of Amazonas and Maranhão, which face a higher than average risk this season.

“On top of climate factors, field reports show less government oversight and enforcement of forest laws due to COVID-19 restrictions. There has been increased deforestation as people are moving toward rural areas to clear land for income and address economic hardship as well as from opportunistic actors taking advantage of reduced enforcement. Additionally, some governments have used widespread focus on the pandemic to quietly roll back environmental protections designed to prevent deforestation which in turn fuels the capacity for future fires to take hold. Thus, we can reasonably predict that the 2020 fire season could be devastating in some areas.

“In many regions it is expected that fires will impact Indigenous peoples who are already struggling to battle the health impacts of COVID-19. Increased smoke will exacerbate respiratory issues caused by the virus, and forest destruction will affect intact forests, farming land, livestock and other resources these communities rely on to survive.

“There is no doubt that climate change and deforestation are intensifying fire seasons in the Amazon and elsewhere in ways that negatively impact livelihoods and the environment. As we approach the time for annual agricultural burning, the monitoring and tracking risk of uncontrolled fire spread remains imperative for the safety of all people in the region. Everyone suffers from these fires, from the people living and working in urban economic centers compromised by smoke pollution to rural indigenous communities who are already overburdened with fighting a pandemic while continuing to protect nature for the planet.”

In addition to on-the-ground country experts, Conservation International can connect you with the following for interviews now or over the coming months:

Firecast is a fully automated analysis and alert system that delivers a range of near real-time (NRT) monitoring products tailored to a user's specific needs. These include simple text-based emails containing the coordinates of active fires, or risk of fire within a user's specified area of interest (i.e. protected areas, areas of high biodiversity importance, different vegetation and land cover types, and administrative units). The data can be used as an alert system for local communities to assist with real-time response to active fires.