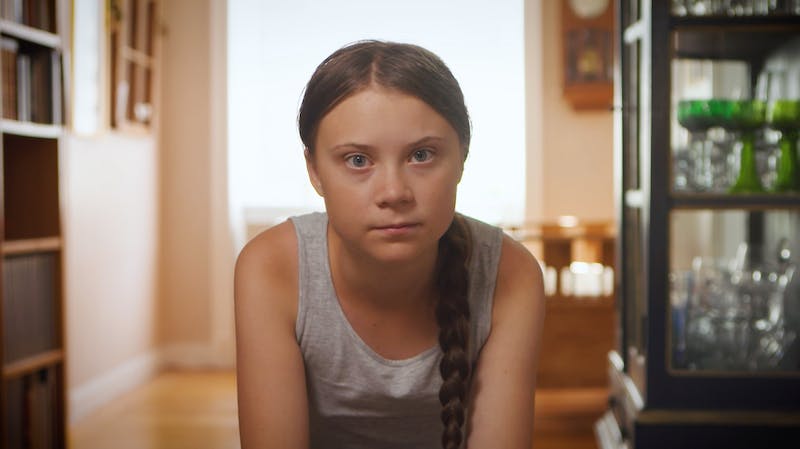 New York, NY (September 19, 2019) – Nature Now, a short film narrated by teen climate activist Greta Thunberg and writer/climate activist George Monbiot to serve as a call to action to protect, restore and fund Natural Climate Solutions (NCS), was released today in advance of at the Global Youth Climate Strike at the United Nations.

Recent research has indicated that living ecosystems like forests, mangroves, swamps and seabeds can pull enormous quantities of carbon from the air and store them safely. Estimates have found that protecting these natural systems could provide more than a third of the emissions reductions needed to keep to global heating below 1.5 degrees Celsius while also enhancing the resilience of people and nature across the world to climate change.

Despite this promise, Natural Climate Solutions receive only around 2% of the funding spent on climate change mitigation globally, and few have heard about it. This short, independent film was made to make nature a part of the climate conservation.

“Right now, we are ignoring Natural Climate Solutions. We spend 1000 times more on global fossil fuel subsidies than on natural based solutions. This is your money, it is your taxes, and your savings,” says Ms. Thunberg, the leader of the Global Youth Climate Strike movement, in the film.

Mr. Monbiot, a political journalist, author and activist who founded the Natural Climate Solutions campaign earlier this year, stated, “The beautiful thing about Natural Climate Solutions is that they simultaneously repair the climate and our damaged ecosystems. They offer real hope where hope was scarce before. But they are not a substitute for leaving fossil fuels in the ground. We need to do both to avert climate breakdown.”

The film’s production costs were covered with sponsorship from Conservation International, The Food and Land Use Coalition, and a donation from Gower Street. Musician and performance artist Rone donated use of his track, Motion, to the film.

Shyla Raghav, Conservation International’s Vice President for Climate said, “As the world comes together this week to discuss the responsibility of every government, company, and individual to take action on climate change, I’m encouraged by this film. Maximizing nature’s power to stabilize our climate is a priority for my organization and at the heart of my work every day. This film promises to bring an unprecedented level of awareness to the role nature can play in meeting our climate goals — and the fact is, we simply will not succeed in avoiding climate breakdown without nature.”

“There has never been a more important moment to endorse the message in this film — to protect, restore and fund nature-based solutions. And, as the recent Food and Land Use Coalition Growing Better report shows, with the right reform agenda, there will be enough land to do this and more: cut greenhouse gas emissions, provide healthy nutritious diets for all and spare 1.5 billion hectares of land that would otherwise be used for farming,” said Per Pharo, FOLU Global Consultation Report Editor and Lead Author.

The public is encouraged to use and share the film far and wide, along with #NatureNow, increasing its impact value. Copies of the film files are available here using password wecanstillfixthis.

Produced by Gripping Films Ltd., an independent London-based science and nature film company that specializes in telling positive stories to change the world, the film is High Impact/Low Carbon footprint. The film team minimized their carbon footprint by using public transportation to travel from London to Sweden to film Greta and electric vehicles to film George. The film was mainly composed from recycled and donated Creative-Commons licensed footage. The remaining carbon footprint was offset through NCS investments.

About Food and Land Use Coalition

Established in 2017, the Food and Land Use Coalition (FOLU) is a community of organisations and individuals committed to the urgent need to transform the way we produce and consume food and use our land for people, nature and climate. FOLU supports science-based solutions and help build a shared understanding of the challenges and opportunities to unlock collective, ambitious action. FOLU builds on the work of the Food, Agriculture, Biodiversity, Land and Energy (FABLE) Consortium which operates in more than 20 countries and helps develop the data and modelling infrastructure needed to map out long-term, actionable pathways towards sustainable food and land use systems.

Gripping Films is a science and nature film company run by director Tom Mustill. It specializes in producing innovative, positive and entertaining stories to change the world. Gripping Films has won over 20 international awards for their films for PBS, the BBC, Nat Geo and other broadcasters, and have been nominated for an Emmy. Their films have been screened to the European Parliament and at the United Nations. Follow Gripping Films work on Instagram.

In April 2019 a group of activist and scientists, led by George Monbiot, launched the Natural Climate Solutions campaign to catalyse enthusiasm for the role nature can play in preventing climate breakdown and ecological collapse. The campaign is supported by a range of leading environmental organisations like Conservation International and the United Nations Environment programme, and signatories include activist Greta Thunberg, writer Margaret Atwood, marine biologist Asha de Vos and actress and UN Ambassador Dia Mirza. More information about the campaign can be found at naturalclimate.solutions.

Nature4Climate (N4C) is an initiative of the United Nations Development Programme (UNDP) and five world-leading not-for-profits (Conservation International, The Nature Conservancy, Woods Hole Research Center, World Business Council for Sustainable Development and World Resources Institute) that aims to increase investment and action on natural climate solutions in support of the 2015 Paris climate agreement. The N4C partners work together to catalyse partnerships between governments, civil society, business and investors to cut and remove greenhouse gas emissions across the land sector. To learn more, please visit www.nature4climate.org or follow @nature4climate on Twitter.