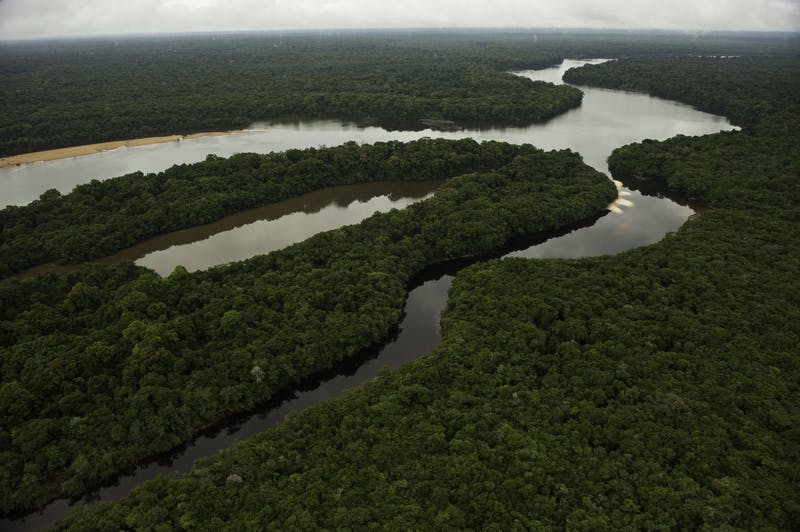 Arlington, Va. (September 18, 2019) – Conservation International and a growing number of environmental organizations, indigenous groups and scientists are calling on the California Air Resources Board (CARB) to adopt the Tropical Forest Standard. The board is set to vote on September 19.

Dozens of environmental and indigenous organizations and 118 scientists from around the world stand in support of the California Tropical Forest Standard, which early analysis tells us could generate over $1 billion from private investment towards reducing tropical deforestation in the next 10 years. This includes lead authors of the IPCC (Intergovernmental Panel on Climate Change) report; members of the U.S. National Academy of Sciences; fellows from the California Academy of Sciences; and directors from the Center for International Forestry Research.

“Environmentalists, scientists and indigenous peoples from around the world are rallying around the California Tropical Forest Standard. We know that a third of the greenhouse gases released have come from clearing forests and that in order to combat climate change, we must keep tropical forests standing. California has historically been an environmental trailblazer and we’re confident that they will step up decisively to take bold global action on the most important issue of our time,” said Joanna Durbin, Director of the Climate, Community & Biodiversity Alliance at Conservation International and who led the development of the social and environmental safeguards included in the standard.

“The Tropical Forest Standard offers California its best chance to combat fires and deforestation in the Amazon by recognizing and rewarding the forest protection achievements of Brazilian states,” said Dr. Daniel Nepstad, President and Founder of Earth Innovation Institute.

For a full list of the scientists who have endorsed the California Tropical Forest Standard, click here.

The California Tropical Forest Standard incentivizes tropical states in countries like Mexico and Brazil to keep their forests standing by increasing financing directed toward forest preservation through a number of different means. The standard, which includes robust environmental and social safeguards developed through a participatory process led by Conservation International, was also designed to protect and involve indigenous peoples and local communities.

With tropical deforestation representing about 20% of global greenhouse gas emissions, keeping forests standing is a powerful way to tackle the climate crisis. Scientists and environmentalists agree that in order to avoid the worst effects of climate change, we must conserve forests now.