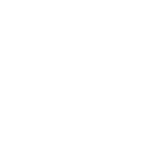 Sign up to hear more from nature
SIGN UP
Please enter a valid email address.
Thank you!

With the Nature Is Speaking series, Conservation International gives nature a voice. The goal: To reframe why conservation is important and reinforce a simple message — Nature doesn’t need people. People need nature.

The series includes films that personify different aspects of nature narrated by some of the biggest names in Hollywood, including Harrison Ford, Julia Roberts, Liam Neeson, Lupita Nyong’o, Edward Norton, Robert Redford, Penelope Cruz, Reese Witherspoon, Salma Hayek and Lee Pace — as well as more than 50 international artists. The films have been viewed more than 100 million times around the world in 10 languages.

People need nature — and for more than 30 years, Conservation International has worked to protect it. Through cutting-edge science, innovative policy and global reach, we empower people to protect the nature that we rely on for food, fresh water and livelihoods.

Natural climate solutions are at the heart of our work. We help protect and restore ecosystems that are key to preventing climate breakdown.

How we protect nature for climate »

Our oceans are in peril. From restoring coastlines to exploring the deep sea, our programs and partnerships aim to protect the ocean at a global scale.

How we conserve our oceans »

What if nature and people could thrive in the same place, forever? Our work protects nature so that it can deliver sustainable development for all.

How we pilot nature-based development »