Mitigation, Adaptation through Conservation and Sustainable Livelihoods in Indonesia's Peat and Mangrove Ecosystems

The project "Mitigation, Adaptation through Conservation and Sustainable Livelihoods in Indonesia's Peat and Mangrove Ecosystems" is part of the International Climate Initiative (IKI). The Federal Ministry for the Environment, Nature Conservation and Nuclear Safety (BMU) supports this initiative on the basis of a decision adopted by the German Bundestag. The project is being implemented by Conservation International in cooperation with Wetlands International Indonesia (WII) and Center for International Forestry Research (CIFOR). Peatland and Mangrove Ecosystems (PME) have an important and strategic role in significantly reducing greenhouse gas emissions, as an ecosystem that stores and absorbs carbon ten times higher than terrestrial forests, plays an important role in disaster risk reduction, biodiversity sources, and as economic resources of the local community. The main activities of the project will consist of protection, conservation and restoration of 80 thousand ha PME, as well as continuous improvement of community welfare.

PME is a rich but threatened ecosystem. Indonesia has around 25 million hectares of peat ecosystems and wetlands stretching (PME) from West to East, and the largest in the world. The planned conversion of 2 million ha of PME for various purposes, especially plantations until 2030, will release no less than 100 million tons of carbon dioxide equivalent into the air, thus exacerbating the effects of climate change. Another threat is the loss of livelihoods of local residents and the occurrence of socio-cultural changes. At present PME throughout Indonesia is threatened by over-exploitation of mangrove wood, conversion to plantation scale, settlements, ponds, tourism and other uses.

At the policy level, many regulations and legislation concerning PME are conflicting and overlapping, making it difficult to implement. Solid synergy and coordination among the institutions that manage this problem have not yet emerged. Another obstacle is the lack of awareness, knowledge and ability in managing PME among stakeholders. The IKI project combines resources and potential in the preparation of comprehensive and effective PME policies at the local, regional and national levels.

We work in West Papua, especially at PME in Kaimana and South Sorong, in areas that have the largest mangrove and peatland land in Indonesia and are generally in relatively good condition, as well as on the west coast of North Sumatra, particularly in South Tapanuli Regency, where the massive conversion of PME is being occurs both for large and small scale plantations and other interests. 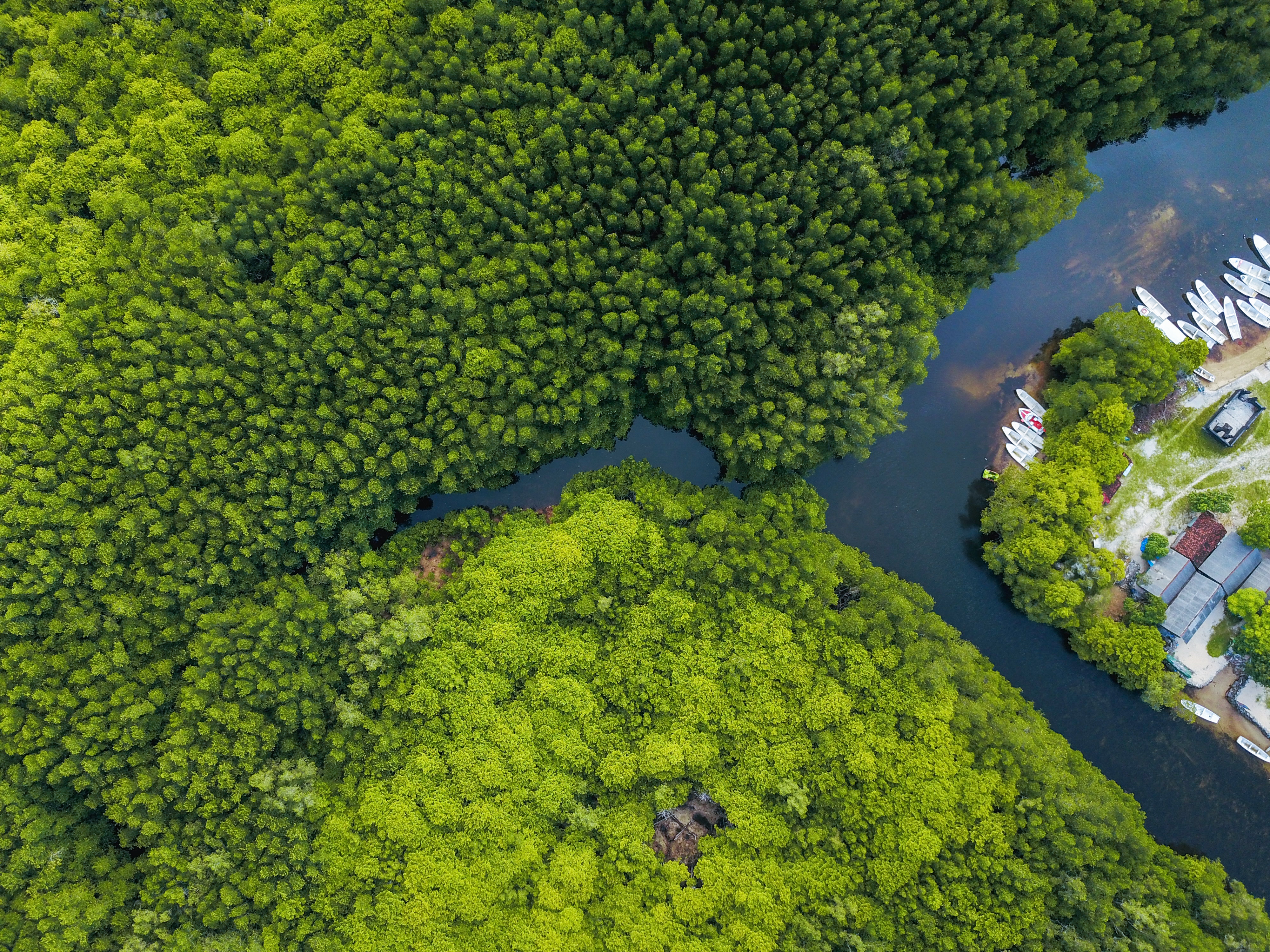 This project has several main objectives:

In parallel the project will operate at three levels to achieve the mandated objectives. At the local level the project organizes various training activities, workshops on sustainable fisheries as well as opening market access for non-timber products from PME, crab fisheries, and paludiculture. At the provincial level, the project will work with local governments to reduce carbon dioxide emissions by 30 million tons by 2023 and at the national level encourage the formation of PME-AC and integrate the results of national emission reduction through Indonesia's National Determined Contribution (NDC).

At least 10,000 people are direct beneficiaries of projects in these two provinces, and provide indirect benefits to millions of others through reducing the risk of catastrophic climate change, sea storm disasters, and tsunamis.

Based on our direct monitoring on land and with the help of drones, we can say that the wetland and mangrove ecosystems in West Papua Province are the best compared to other regions in Indonesia. Therefore, we must immediately work hard to save it. The threat of conversion continues to come and the encroached area enlarges.