Challenges remain for a global leader in conservation 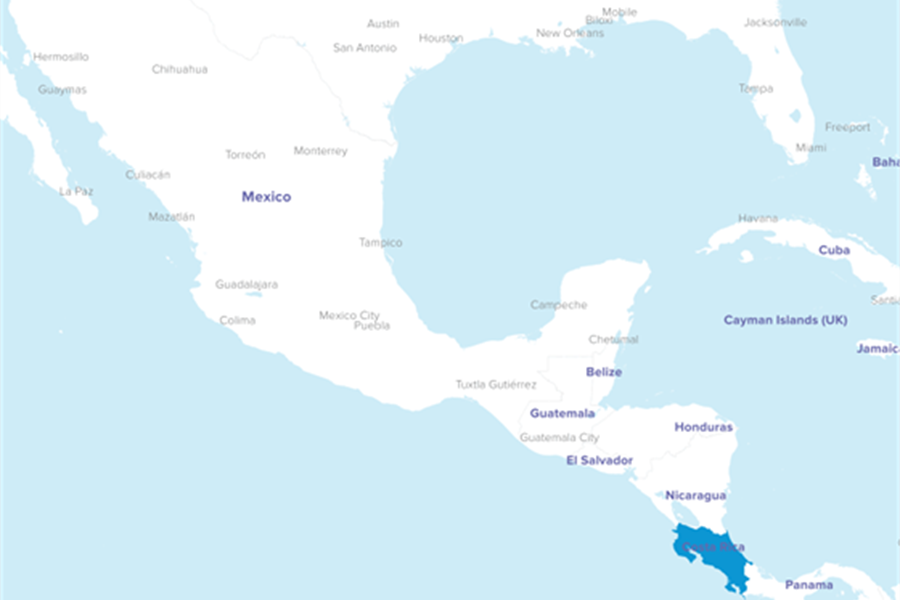 Costa Rica made a choice in the 1980s: to take conservation seriously and invest in nature.

Now, Costa Rica has directed its attention to another natural treasure: the sea. Addressing threats such as overfishing, illegal fishing and mangrove degradation, the tropical country continues to show the world how the protection and restoration of nature can enable growth and prosperity.

Why is Costa Rica important?

By protecting forests and mangroves instead of destroying them, Costa Rica is at the forefront of the global effort to slow climate change. Costa Rica’s trees pull the main greenhouse gas, carbon dioxide, out of the air and lock the carbon away in their wood and in the soil beneath them. The result? More than 238 million metric tons of carbon stored in Costa Rica’s forests, on top of the more than 35 million metric tons stored in 41,800 hectares of mangroves. Multiple studies indicate that coastal mangrove forests store more carbon than any other forest on Earth, making them crucial in the fight against climate change.

From the coasts to the inland forests, Costa Rica’s natural resources provide more than beautiful settings: They represent jobs and income for both residents and the nation. The Gulf of Nicoya, an inlet of the Pacific Ocean and one of the country’s most productive estuaries, provides food and livelihoods for more than 4,000 small-scale fishers. Through Costa Rica’s “payment for ecosystem services” program, farmers and landowners who maintain and restore their forests are paid for the carbon, water and biodiversity services their land provides — services that benefit people near and far. From 2010-2014, the country invested US$ 61 million in the program, benefiting more than 7,000 landowners and protecting 600,000 hectares of private land.

Costa Rica’s system of national parks and protected areas covers about 23% of the country’s land area. More than 2.5 million tourists (more than half of Costa Rica’s population) journey to swim in waterfalls, zip-line through the trees and view the country’s unique wildlife, illustrating how ecotourism can help locals earn a living from the forests in a sustainable way. The country’s diverse marine life also attracts divers and snorkelers. Annually, more than 3,000 people a year visit Cocos Island National Park, a UNESCO World Heritage Site 365 miles off Costa Rica’s Pacific coast with the most shark-rich waters on Earth — and the inspiration for the fictional Isla Nublar in

It is well known that trees act as the “lungs of the Earth.” Trees now blanket more than half of Costa Rica, and nearly a third of them are thriving in protected areas. More trees means more oxygen for all of us to breathe.

A world leader in renewable energy use, Costa Rica derives 90% of its electrical power from green sources such as water, wind and the country’s many volcanoes. Building on that success, the government aims to make Costa Rica the world’s first carbon-neutral country by 2021.

What are the issues?

In Cocos Island National Park, fish poaching — especially of sharks, driven by demand for shark fin soup — remains a problem. In one out of every five surveillance patrols, officials find illegal activity. Although all fishing is prohibited in the marine protected area, small boats still routinely catch tuna and mahi mahi, a large fish common to tropical waters. Surveillance of these waters is a complex and expensive challenge, as local rangers have limited resources. About 25 rangers are responsible for all aspects of park management, and so cannot devote adequate time to surveillance.

Shrimp trawling fleets that illegally enter Costa Rica’s marine protected areas discard 4,000 to 6,000 metric tons of bycatch — fish and other species caught unintentionally — each year. In fact, between 1950 and 2008, almost 50% of the fish, sharks and rays caught by shrimp trawlers was discarded, totaling about 420,000 metric tons. Many trawling fleets also often fail to use turtle excluder devices, which allow a captured sea turtle to escape when caught in a fisherman’s net — leading the United States and European Union to ban the country’s shrimp exports. These illegal activities not only threaten species that are important for marine ecosystem health — they also place the thousands of local fishers who follow the rules in economic jeopardy.

Coastal damage linked to development and agricultural expansion has affected mangrove and coral reefs. Illegal logging, shrimp farm development and other degradation resulted in the loss of 340 hectares between 1985 and 2014. Moreover, since 1956, carbon emissions from mangrove loss in the Gulf of Nicoya are equivalent to the annual emissions from 468,364 passenger vehicles.

In the community of Montero on Chira Island, 23 women planted nearly 8,000 mangroves in degraded areas over the course of a year, with support from Conservation International and Costa Rica’s Ministry of Education. 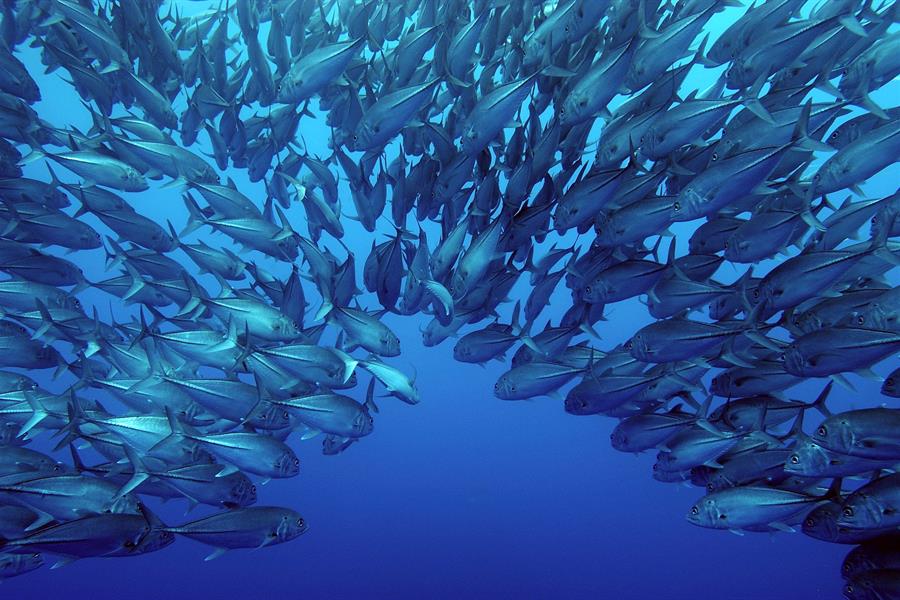 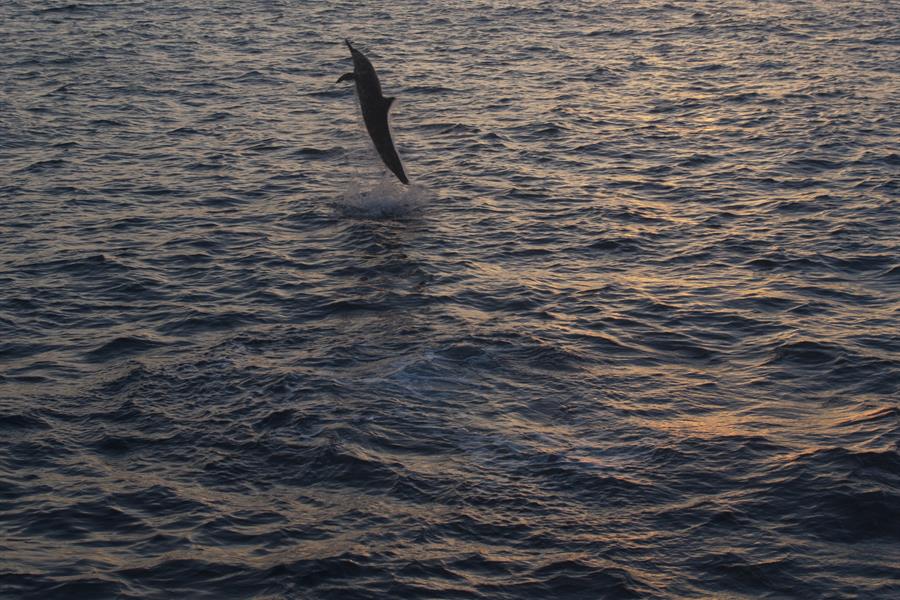 In 2011, Conservation International helped the government of Costa Rica establish the Seamounts Marine Management Area, a vast protected park centered around remote Cocos Island off the country’s Pacific coast. Costa Rica’s seamounts — mountains rising from the ocean floor that do not break the surface of the water — create rich feeding grounds for native species and provide habitats for migratory species like hammerhead sharks, manta rays, turtles, whales and tuna. The new park — the first in the region created solely for protecting seamounts — gives these species a place to live free of the pressures of commercial fishing. 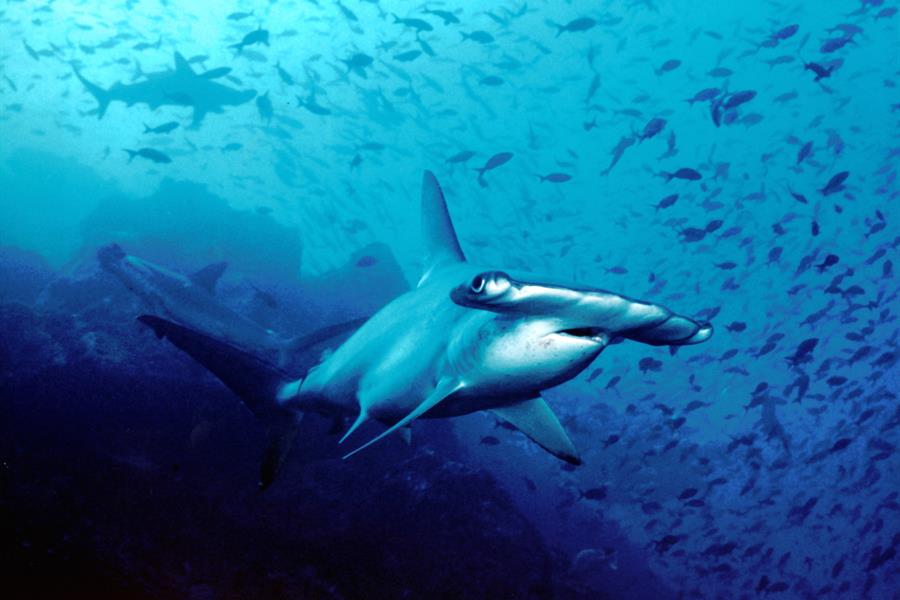 Since 2004, Conservation International has worked with national and international organizations to strengthen management capacity, provide gear and tools for local authorities and promote collaboration between Cocos Island National Park and other island-based protected areas in the Eastern Tropical Pacific Seascape. For the past three years, we have teamed with Forever Costa Rica, Oceans 5 (an organization that includes the actor Leonardo DiCaprio among its main partners) and supporting government agencies to install a high-tech radar system in Cocos to help authorities enforce illegal activities that threaten environmental, food and national security.

BLOG: Radar system could be instrumental in protecting sharks 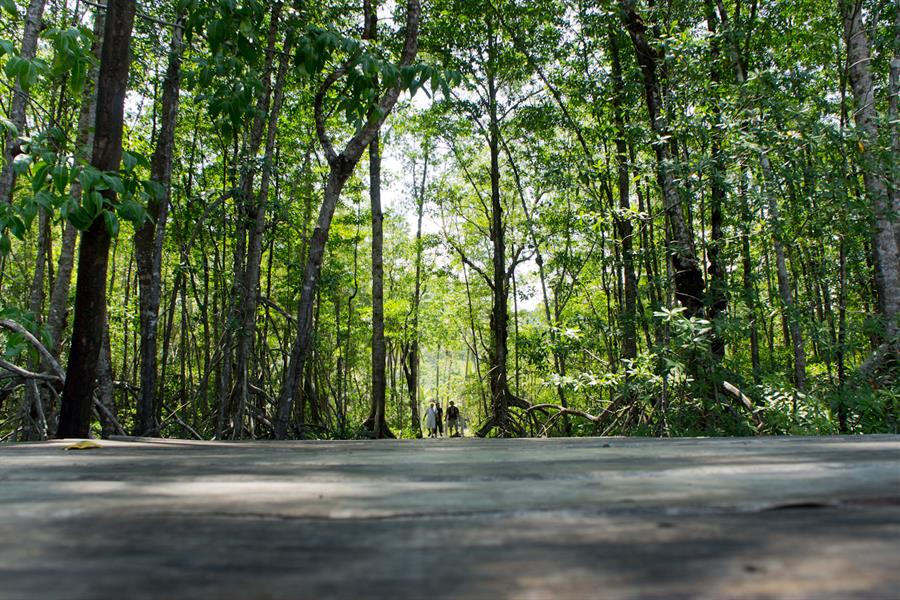 Conservation International is working in the Gulf of Nicoya to protect the diverse mangrove ecosystem that provides vital habitat for fisheries, income for more than 6,000 fishermen and food for nearby communities. 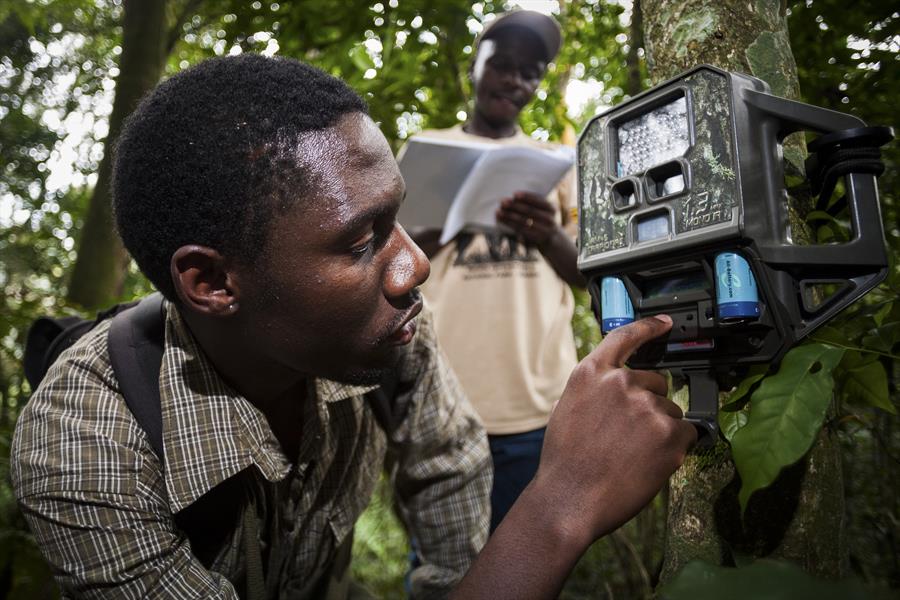 The Tropical Ecology Assessment and Monitoring (TEAM) Network is an innovative partnership among Conservation International, the Wildlife Conservation Society and the Smithsonian Institution aimed at understanding how tropical forests respond to a changing climate and disturbed landscapes. This wide-reaching partnership enables TEAM to monitor vegetation plots, mammals and birds in 19 protected areas, including Costa Rica’s Braulio Carrillo National Park. There, TEAM is currently developing a management plan for several small mammals that provide food for local communities but have seen significant declines in recent years.

What can you do?

Costa Rica’s conservation success is a model for the world. When you support us, you can help our global conservation efforts, such as encouraging other nations to follow sustainable paths.

You can also help if you...

Not all seafood is created equal. You can help keep fish in the ocean by eating only seafood that’s been sustainably sourced.

One of the 2 million tourists who will travel to Costa Rica this year? Check out our tips for “greening” your adventure.

Stay up to date

Thanks for joining the Conservation International community!

Protect Nature
Your donation will help us reach our ambitious $75,000 Earth Day goal by April 22.
Donate Now
Continue to conservation.org