Targeted for their gill plates and trapped accidentally in fishing nets, reef manta rays are in trouble. Their populations around the world are plummeting, but in one protected area off the coast of Indonesia, a new study shows the rays are not only bucking worldwide trends – they’re thriving.

For over a decade, researchers in the Raja Ampat archipelago have monitored the threatened species, watching its population soar — more than double in one location — even as others struggled.

What’s behind the ray’s success? Holistic conservation efforts. That includes establishing large-scale marine protected areas (MPAs), coupled with creating Southeast Asia’s first shark and ray sanctuary in 2012, and developing fisheries and tourism regulations, according to the study published in Frontiers of Marine Science.

“This is a big win for conservation and Raja Ampat’s local communities,” said Mark Erdmann, who leads Conservation International’s Asia-Pacific marine programs. “The findings clearly demonstrate the positive impact of a comprehensive set of long-term conservation measures to ensure the survival of this globally threatened species.”

Importantly, the Indigenous communities of Raja Ampat benefit as well.

“Reef manta rays are a key attraction for the ecotourism that drives Raja Ampat’s economy,” Erdmann added. “You might say the area’s ‘manta-nomic’ outlook is strong.”

Spanning across 1,500 small islands, cays and shoals off the western tip of Indonesia's Papua province, Raja Ampat covers about 6.7 million hectares (16.5 million acres) and hosts a network of nine different MPAs. The study focused on two of the larger MPAs: Southeast Misool, where populations of reef mantas jumped from 210 to 511 individuals, and Dampier Strait, where populations increased from 226 to 317. Researchers primarily used photo identification to count the mantas, tracking individuals using the unique spot patterns on their undersides – similar to a human fingerprint, Setyawan said.

This is a rare piece of good news given that shark and ray populations have dropped by 70 percent over the past 50 years, primarily from overfishing.

“While many locations with reef manta rays worldwide are seeing dramatic population declines, Raja Ampat is the only one to report an increase,” said lead author Edy Setyawan, a Conservation International consultant, and doctoral candidate at the University of Auckland’s Institute of Marine Science. 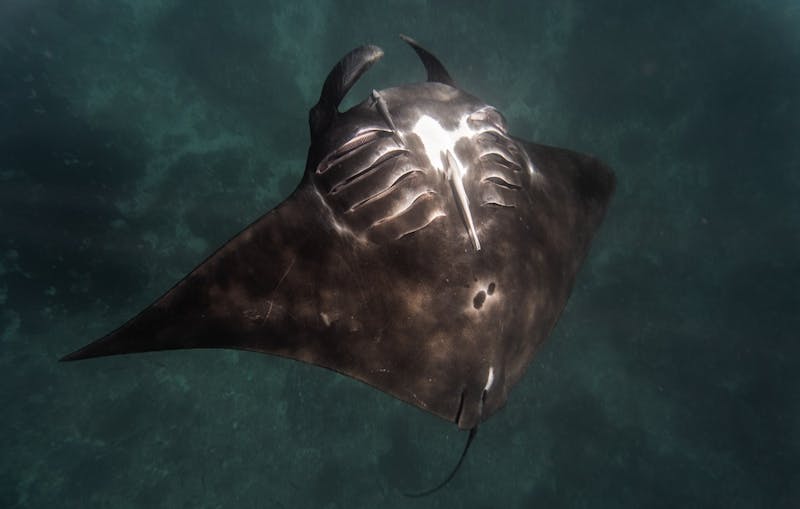 In addition to conservation efforts in Raja Ampat, the weather has also been on the manta rays’ side. El Niño climate patterns in 2010, 2015 and 2019 improved the feeding conditions for manta rays in the region by bringing cold, nutrient-rich water to the surface, Setyawan said. That created a domino effect: Plankton surged, bringing the solitary reef manta rays together for feeding, which, in turn, increased mating opportunities and led to a high number of pregnant females.

In general, reef manta rays are especially vulnerable due to their slow rate of reproduction. They become sexually mature at about 10 years of age and tend to have one offspring every two years. Compare that to skipjack tuna, which mature after only two to three years and lay millions of eggs at a time. The study’s findings offer hope that with strong conservation measures, other areas facing reef manta ray declines can also reverse the worrying trends. 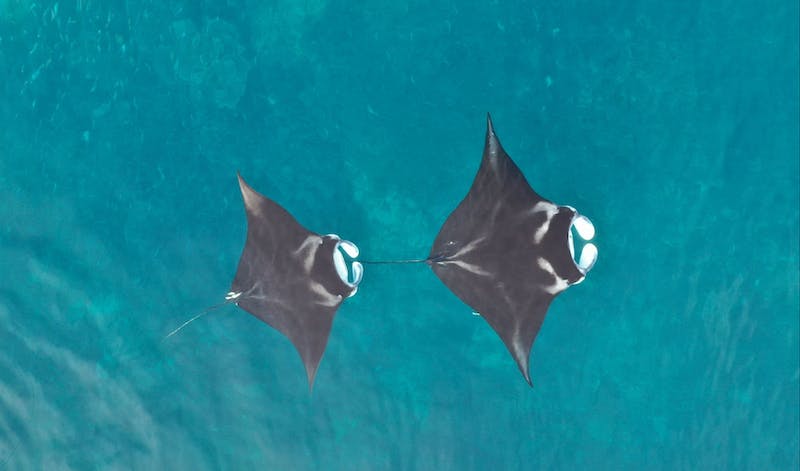 Success stories like those of Raja Ampat’s rays can serve as an example of how well-managed MPAs can support the long-term health of the ocean, Setyawan said.

“There is hope for this globally threatened species to be able to recover,” Setyawan said. “We now have strong evidence that this can be done in a very comprehensive and holistic way.”

This is the authors’ fourth study on reef manta rays published this year. Previous findings have confirmed the world’s first reef manta ray nursery and demonstrated a new technique to measure reef manta rays, offering key insights into their health and populations.