Gliding through the crystalline waters of the Bird’s Head Seascape in West Papua, Indonesia, is one of the planet’s most highly intelligent — and threatened — marine species: the manta ray.

By sifting through 16 years’ worth of satellite data, drone footage and field surveys, a team of researchers recently took a deep dive into the natural history of manta rays in the Bird’s Head — and the two decade-long effort to protect them.

Conservation News spoke to one of the study’s co-authors, Mark Erdmann, a marine scientist at Conservation International, about their manta ray findings — from promising pregnancies to drone discoveries to acrobatic feeding behaviors.

Question: What are the main takeaways from your study?

Answer: We identified a staggering 1,375 manta rays in the Bird’s Head Seascape — making it the world’s second largest reef manta population, behind the Maldives. We also confirmed the presence of four manta ray nurseries, where young manta pups grow and develop. That’s the largest number of nurseries ever documented in a single region. And it makes sense given one of our other exciting findings: 15 of the female manta rays in our study were pregnant for at least two years in a row. In fact, one of the females had a total of five pregnancies in seven years.

In other areas, manta rays have reportedly only given birth once every seven or eight years, so identifying these extremely fertile females was surprising — and encouraging. Manta rays must be in good health overall to carry out a full-term pregnancy, which suggests that the manta rays of West Papua are well-fed and in great condition compared to many other populations around the world. 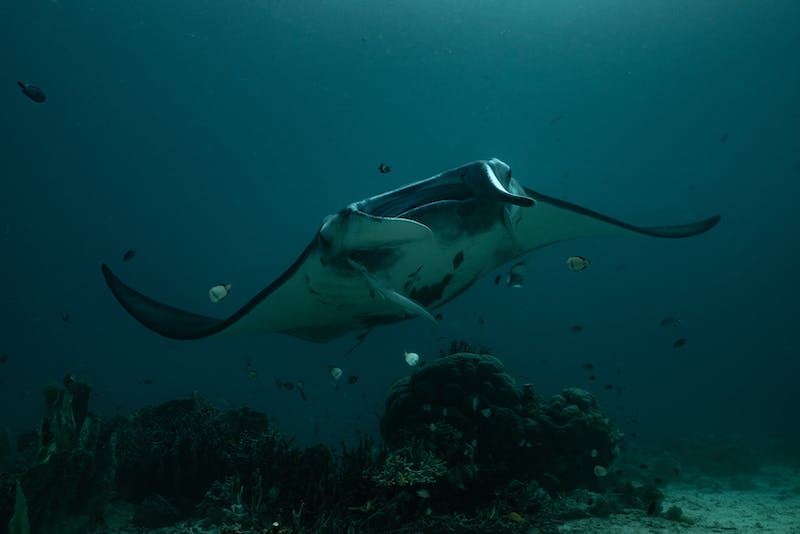 Q: How were you able to count them all?

A: We took advantage of the fact that each manta ray has a unique pattern on its belly — basically the manta’s version of a fingerprint. By photographing the distinct markings on every manta we encountered, we were able to compile a database of the manta population in the Bird’s Head Seascape that allowed us to track individuals’ movements, growth and pregnancies over time. Many of the photographs that helped build this database were from our team or “citizen scientists,” who snapped pictures of mantas while traveling in West Papua.

We also relied significantly on aerial drones, which were helpful for measuring mantas’ wingspans, counting the number of mantas in larger feeding areas and documenting unique behavior — something that would be virtually impossible to do from a boat. In fact, this paper includes the world’s first use of aerial drones to capture photographic IDs of mantas engaged in somersault feeding near the surface of the water.

Q: Wait — you’re saying that manta rays sometimes do somersaults while they eat their dinner?

A: Yes, quite frequently, actually. Manta rays’ favorite food are krill, crab larvae, fish eggs and other zooplankton, which they filter through tiny rakes in their mouths. When they swim through a tasty cluster of zooplankton, they only catch a limited amount of food at a time. However, by somersaulting through the water, they are basically able to create a vortex of zooplankton, which they glide through to maximize their food intake. This ingenuity is unsurprising given that manta rays have the biggest brain of any fish in the ocean. 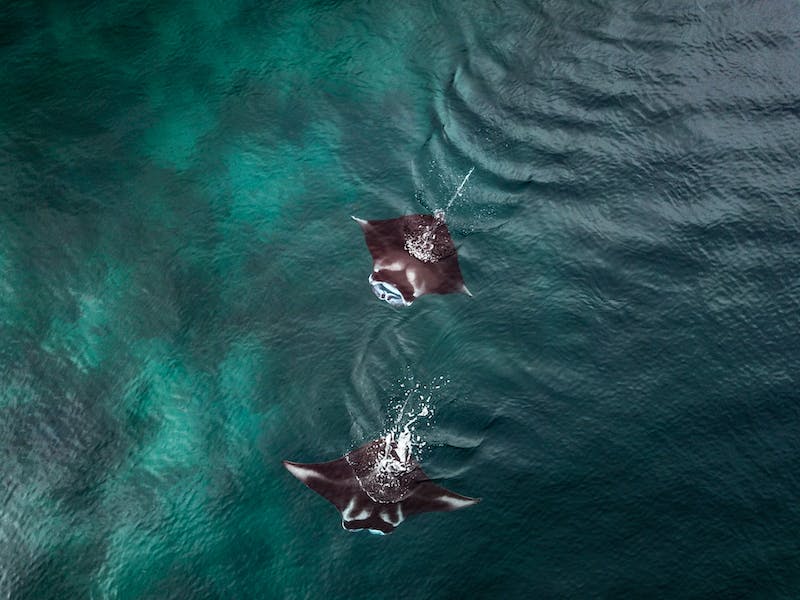 Q: With such a big population, how are the manta rays able to live in harmony with the coastal communities of West Papua?

A: The manta rays and the villages surrounding the Bird’s Head Seascape have a mutually beneficial relationship, largely driven by tourism. Over the past two decades, ecotourism in West Papua has skyrocketed, with people coming from around the world to catch a glimpse of the manta rays and whale sharks in these waters.

To help safeguard this species, the government of Indonesia with Conservation International and our partners have supported the West Papuan government and local communities since 2004 to create a network of 26 marine protected areas covering more than 5.2 million hectares (13 million acres) of the Bird’s Head Seascape. In Raja Ampat, West Papua, we helped the government create a shark and ray sanctuary in 2012 to strictly protect those animals. We then worked with the Indonesian Ministry of Marine Affairs and Fisheries to provide full legal protection for manta rays throughout the country’s waters.

According to our study, these conservation strategies have paid off. More than 90 percent of our manta ray sightings — and all four of the manta ray nurseries we describe — are located within Bird’s Head Seascape marine protected areas, meaning future generations of mantas will also be protected.