A 'manta ray ruler' could help protect these gentle giants

Manta rays are some of the most highly intelligent — and threatened — fish in the sea.

In recent years, populations of these mysterious, winged creatures have plummeted by up to 95 percent in some areas — largely as a result of overfishing or being caught unintentionally — and scientists are scrambling to better understand and protect them.

Now, a new technique for measuring manta rays could offer critical insights into their health, reproductive status, lifespans and whether a population is growing or shrinking.

Developed in partnership with Conservation International, the technique is as simple as it’s effective: A floating PVC pipe deployed near surface-swimming manta rays creates a reference for size, while aerial drones capture images from above to record the animals’ measurements in relation to the pipe. 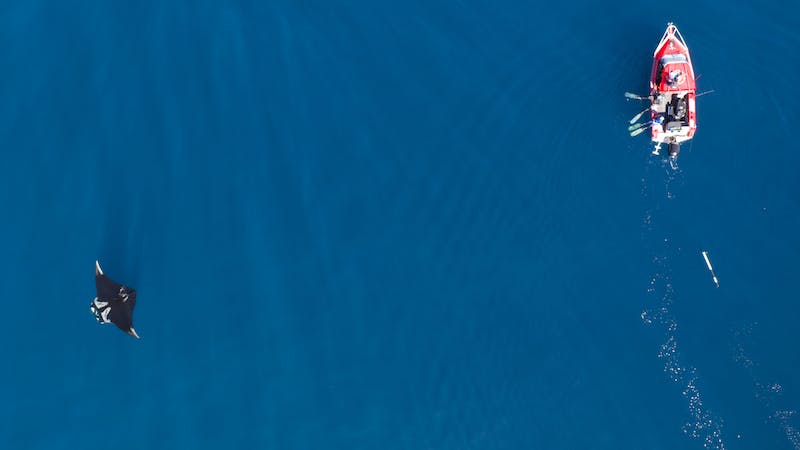 Most methods of measuring manta rays — including visual estimates by trained scuba divers, often using underwater lasers or stereo-video cameras — are potentially disruptive. They require divers to swim close to the rays, which can be perceived as threatening to these gentle giants and interrupt their feeding, socializing, or even mating. The MantaMeasure is cost-effective, highly accurate and non-invasive, allowing scientists to record manta rays’ dimensions without stressing them — and providing crucial information for conservation efforts.

“Body size can tell us a lot about the demographics of a manta ray population — from the breakdown of adults and juveniles in a group to the rates at which individuals are growing,” Erdmann said. “This information can provide insights on potential impacts from fisheries, climate change or other threats. Ultimately, that can help countries develop targeted conservation interventions and monitor their effectiveness over time.”

The MantaMeasure is currently being used in New Zealand and could expand into other countries in the Pacific. Aerial drones can also be used to count the number of manta rays in larger feeding aggregations and identify nursery areas — something that would be virtually impossible to do from a boat.

“Sometimes it’s the simplest strategies that can have the greatest impact in conservation,” said Edy Setyawan, a Conservation International consultant and marine scientist, who has field-tested the MantaMeasure extensively. “We are using this technique with manta rays in New Zealand, but we hope to eventually apply it to manta rays in other regions, and other endangered species such as sharks and whales.” 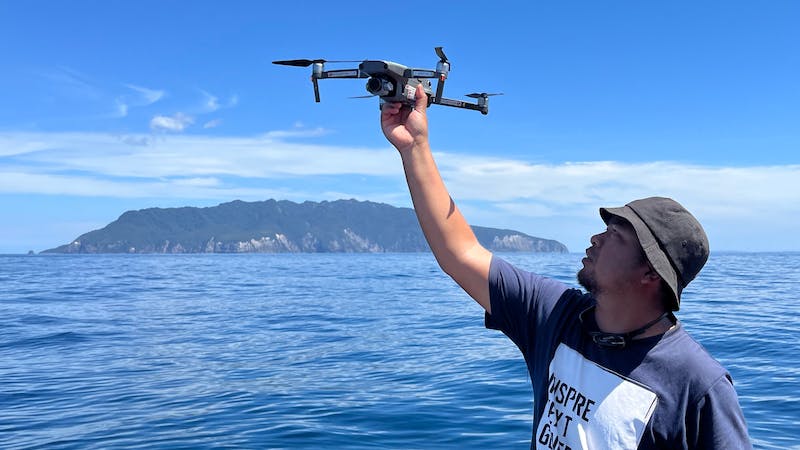 Cover image: A squadron of reef manta rays swimming on sea surface in a feeding aggregation (Photo by Edy Setyawan)