On April 20, Conservation International will release its new virtual reality film, “My Africa,” at the Tribeca Film Festival in New York, with a worldwide release on April 30.

“My Africa” tells the story of a young Samburu woman in Kenya whose community is working to save elephants, reknitting an ancient coexistence between people and wildlife. Melina Formisano, Conservation International’s vice president for marketing, was on location during filming. Here, she offers a behind-the-scenes look at the challenges and inspirations of filming “My Africa.” 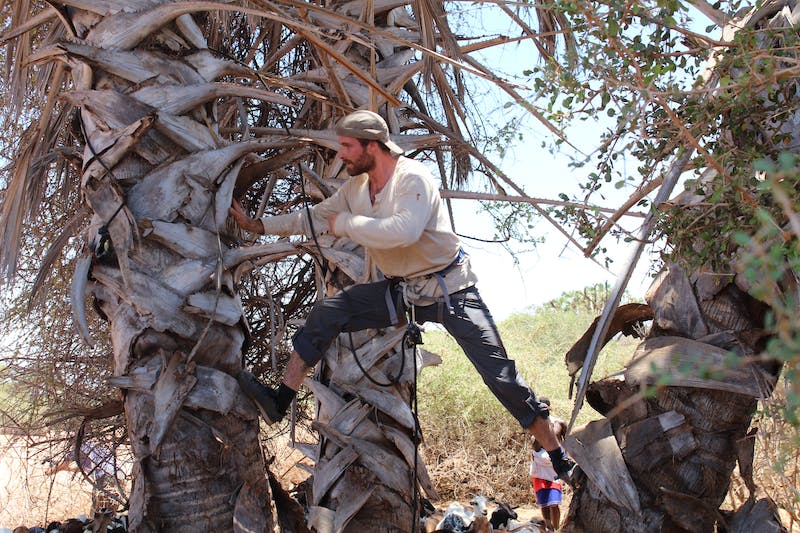 Q: What was the most difficult challenge of filming elephants, wildebeest and lions in virtual reality?

A: The production team completed “My Africa” in basically two major locations. One was in the Maasai Mara in western Kenya, which is one of the country’s most famous wildlife reserves. The team achieved some stunning shots, including a wildebeest migration and, for the first time in virtual reality, a lioness capturing her prey, which viewers get to witness from about 10 feet away. To get the most out of the virtual reality medium, the camera needs to be right in the middle of the action, but everything else must be out-of-sight, including the director and crew. So, filming in this way has its risks. Our director of photography on the shoot, Chris Campkin of Vision3, was dropped off in a ditch on the banks of the Mara River to ensure the camera was still in position and the battery was charged, as the crew had been waiting for days for the animals to make their river crossing.  At that very moment, the wildebeest began to charge and it was too late for the jeep to pick-up Chris until the action subsided, so he hunkered down while the herd rumbled around him.

At another point, a lioness completely destroyed one of the cameras, resulting in some interesting behind-the-scenes footage pieced together by production partner Deep VR, on whose expertise we relied for this part of the shoot. The video shows one of the lions grab a camera with its jaws and the device continues to record as the big cat runs off with it. The crew tracks the lion to a nearby location, where the camera continues to film as the animal pulls away pieces of the camera rig.

The second location was the Namunyak Conservancy in northern Kenya, which contains the Sarara Camp and Reteti Elephant Sanctuary. Here, our challenges were somewhat less perilous. Cueing livestock herders when they’re moving dozens of animals was a difficult task. Filming the elephants at night was also a difficult shot to get. You can’t direct an elephant, and so the crew waited for hours for the elephants to show up to take a drink and splash around in the watering hole.

Communication was occasionally difficult. Our heroine, Naltwasha Leripe, only speaks Samburu. That meant working through a translator, or sometimes through two translators — from English to Swahili to Samburu. Naltwasha was actually very shy. The crew, including a Samburu warrior and our translator, Malachi, built trust with Naltwasha and the community, which helped them to be themselves on camera. 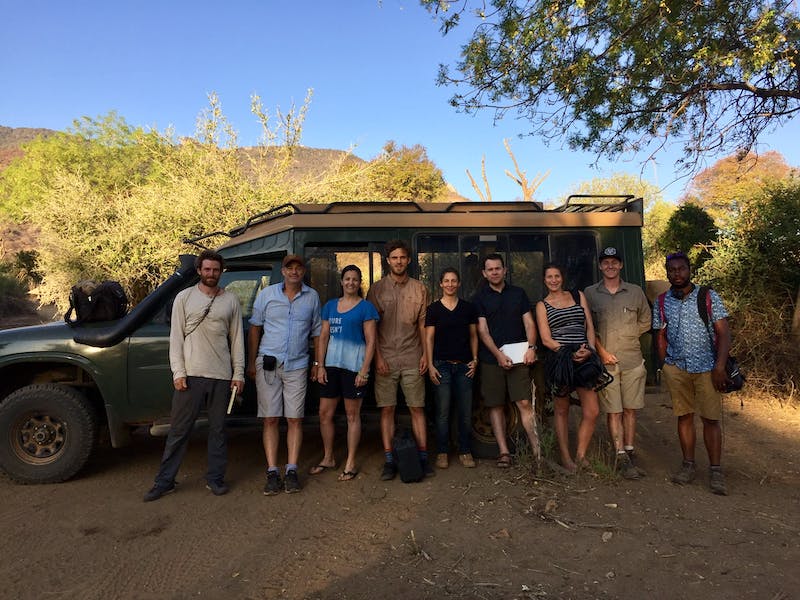 Q: How did the team go about creating the story shown in “My Africa”?

A: The film is not a documentary, but it is based on real-life stories. The crew interviewed the community extensively, including the elders and women, for background information. The plot lines and specifics are based on those interviews and other real-life experiences. A special moment for me during the filming was sitting under tree in the manyatta, or compound, with the camels, goats and children wandering in and out of the circle of women who talked with us in great depth about their stories in particular. We really wanted “My Africa” to be from the community’s perspective.

Along the way, Saini Lekiliyo, a Namunyuk wildlife ranger who escorted us throughout the shoot, told me his story of being a herder. As a small boy out with his father and the family’s livestock one day, he witnessed an elephant being poached. He and his father went to the local ranger station to give a report. Saini recalls that day — when he saw the rangers mobilizing to track down the poachers — as the day he was inspired to become a ranger and dedicate his life to protecting the animals and communities. 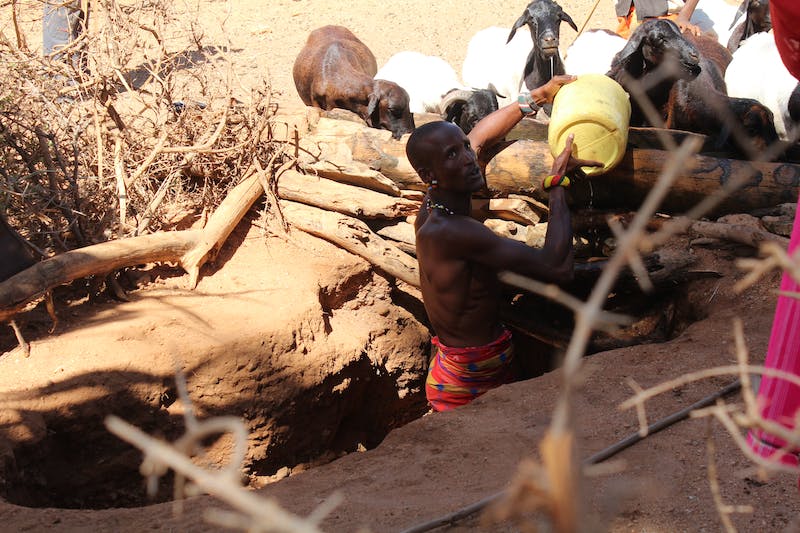 A Samburu man in a “singing well” in Kenya. (© Conservation International/photo by Melina Formisano)

A: Lupita graciously agreed to record the English language version and squeezed in the project during the busy press tour for her film, “Black Panther.” She was intensely focused during our time together and was particularly moved by the importance of telling this story from a young woman’s perspective, and telling it well. She wanted to deliver the very best performance for the voiceover. I think the result speaks for itself.

Q: What do you hope for viewers seeing this film?

A: We need to help the general public understand why it’s so important for communities to be a part of conservation. Our CEO, Dr. M. Sanjayan, put it this way at the onset of the project — “While there are other VR films that speak to the plight of Africa’s wildlife and the poaching wars, we want ours to remind people of what still exists, and what could be lost if we are not mindful stewards. We also want to celebrate the work of indigenous communities and local people who, in their self-interest, are working together to care for Earth’s Eden.”

I’m especially excited that we created “My Africa” in the Samburu language, so that the people who are in it can see exactly how others will experience their story in VR. This is their story. We’re just the storytellers.

“My Africa” was produced with the support of The Tiffany & Co. Foundation and in conjunction with Passion Pictures and Vision3 (and on location assistance from Deep VR and Ami Vitale). Additional support for distribution was provided by glassybaby.

Experience “My Africa” at conservation.org/myafrica and on the Within app in English and in six other languages including Swahili, Samburu, French, Spanish, Portuguese and Mandarin on April 30.