Meet a scientist: the scuba specialist

Edgardo Ochoa is the marine and diving safety officer at Conservation International, where he has logged countless hours underwater helping marine researchers stay safe at sea.

Conservation News spoke to Ochoa about his shark encounters, the dangers of decompression sickness and his passion to prevent a plastic-filled future for the world’s oceans.

Question: What inspired your love of the ocean?

Answer: I have a fascination with fish — I just get lost watching them. When I did my first dive at age 12 in the Pacific coast of Mexico, I spent hours snorkeling virtually motionless, observing every vibrant angelfish, curious sea turtle and graceful shark that swam by me. Since then, I’ve done more than 5,000 dives, spending around 4,000 hours underwater (not including the time I’ve spent in swimming pools training) and spotting new marine life is still my favorite part of every dive. 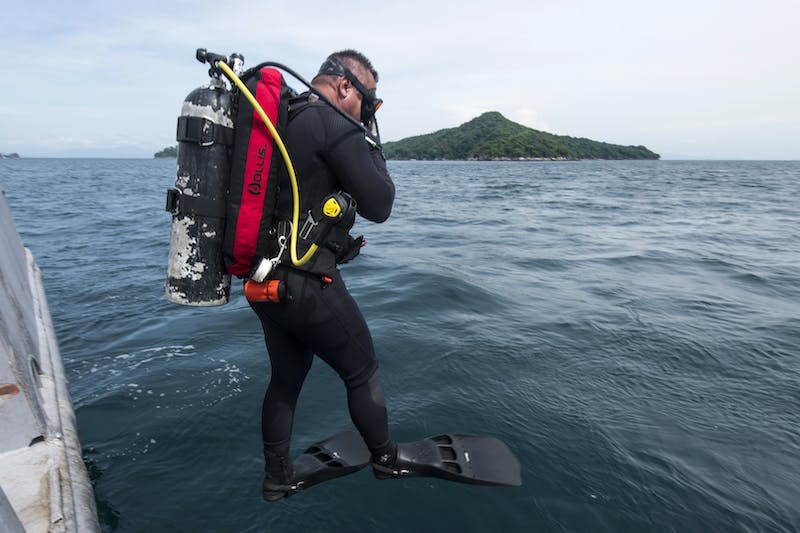 Edgardo Ochoa on a dive in Panama Bay (© Ramon Lepage)

Q: How did you turn your fascination with fish turn into a career?

A: My father always encouraged me to follow my passions and step off the beaten path when it comes to careers, so I chose to study marine biology in college. While I found it interesting, I realized that I was more obsessed with spending time underwater and supporting other scientists than working in a lab myself. Eventually, I decided to dedicate my time to helping people do better research by diving safer and more efficiently. After a couple decades of managing diving programs for institutions that purely focus on research, however, I realized there was something missing: conservation. I wanted to be part of an organization that both does the research, then immediately uses their findings to implement programs to protect the ocean and the communities it supports — which is how I ended up at Conservation International.

Q: As a diving safety officer, have you ever had any dangerous moments underwater?

A: Yes, but nothing I have not been prepared for. I would say that I am a positive person, but I am also the one who always thinks something is going to go wrong. However, I have had a lot of exhilarating moments that might have scared some people.

For example, I spent several days diving with Conservation International staff and local partners on an expedition to Cocos Island, Costa Rica — an area known for its abundance of sharks. One morning, I was with two other staff members during a safety stop when a 15-foot-long (four-meter-long) female tiger shark approached us, coming so close that I could have reached out to touch it. While my colleagues cautiously stayed back — one even used the other as a shield against the shark — I managed to snap some great photos. To this day, my colleague insists that she just moved away and denies using anyone as a human shield — don’t worry, I believe her. 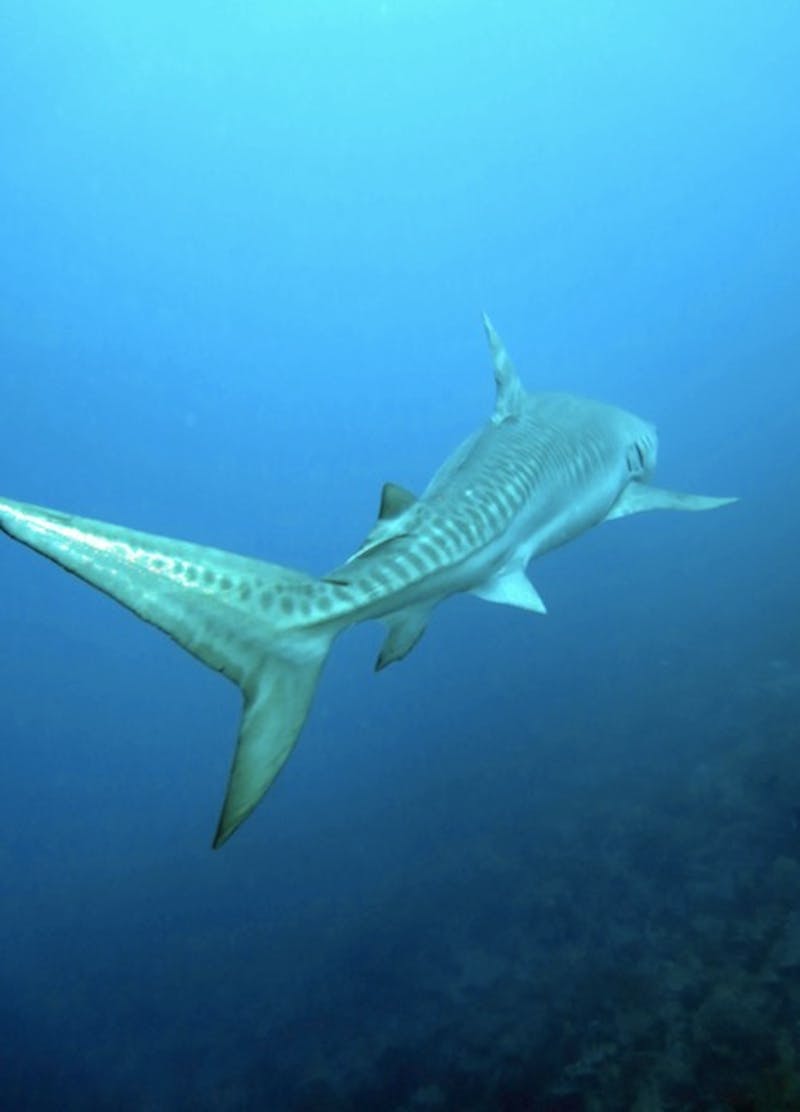 Q: Other than shark encounters, what else do divers have to look out for?

A: A much more realistic fear for divers than a shark attack is decompression sickness — commonly known as “the bends.” This occurs when there is a rapid decrease in the pressure surrounding you, which can form bubbles in your blood that can cause severe joint and bone pains. As a diver, it is crucial to gradually ascend toward the surface after a deep dive because of the pressure differences at different depths. One of the only ways to treat the bends is through a hyperbaric chamber, which is basically a big metal tube where the air is more pressurized than normal air at sea level. In this chamber, doctors can treat divers to help return their body’s tissues back to normal.

As a diving safety officer, it is critical that I always know where the nearest medical facility and hyperbaric chamber are on every expedition because each minute you waste in between the incident and treatment can cost your life. A few years ago, on an expedition to Fiji, the only two hyperbaric chambers in the entire region were broken so I actually had to modify the entire dive plan to ensure that no one was going too deep or staying underwater too long. Knowing this information may have prevented several incidents on that expedition.

Q: What has been your favorite dive?

A: Everyone asks me what my favorite dive location is and I always have the same answer: the next one. My favorite thing about the ocean is that everything is connected — even in the most unique ocean geographies I’ve visited, each fish or underwater creature plays a role in keeping the entire ecosystem balanced. Humans are connected to the ocean, as well. It provides us with food, supports millions of livelihoods and is home to some of the planet’s most spectacular biodiversity.

Unfortunately, this means that our bad behaviors are also connected to the ocean. Driven by man-made greenhouse gas emissions, climate change is turning parts of the ocean into hot, acidic and lifeless swathes of water. On top of this, nearly 8 million metric tons of plastic and waste are dumped into the ocean every year, where it can be ingested by seabirds and fish that confuse it for food. But humanity can help prevent this plastic-filled future for our oceans. 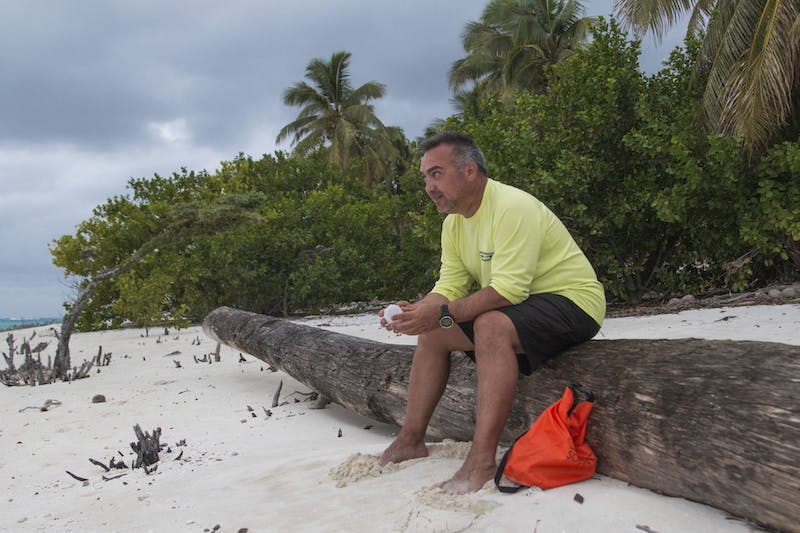 A: Part of my job is to share techniques with divers and our partners to help them give back to the ocean every time they dive. I recently co-authored and developed a new course with the Professional Association of Diving Instructors to teach divers how to safely remove waste from the ocean while they are underwater. There are more than 6 million active recreational divers worldwide. If everyone picked up just one piece of abandoned fishing gear or trash each time they went diving, it would be a monumental benefit to the global initiative to clean up the ocean.

But you don’t have to be a diver to help clean up trash. Nearly 80 percent of the waste that pollutes the sea comes from land, so even if you don’t live anywhere near the ocean, your trash if probably still finding its way there. Whether you are on strolling through the streets or walking along the beach, try to pick up and properly dispose of waste wherever you spot it.