Editor’s note: The world is slowly waking up to a bitter reality: that climate change could squeeze coffee supplies just as global demand for it is surging. With a major initiative under way to help make coffee completely sustainable, new research published today highlights just what is at stake for one of the world’s most widely traded commodities.

For coffee lovers, a new research paper is grounds for worry.

Rising average temperatures caused by climate change could reduce the suitability of lands for growing coffee in Latin America — the world’s largest coffee-producing region — by as much as 88 percent by 2050, the study found.

But your morning cup does not depend on suitable climes alone — it also relies on bees to pollinate coffee trees. How will those bees fare as the climate changes? Not that well, according to the study, which found that average bee diversity will decline between 8 percent and 18 percent in coffee-suitable areas — but not enough of a drop on its own, the researchers found, to imperil the viability of coffee crops in places where it will still grow. 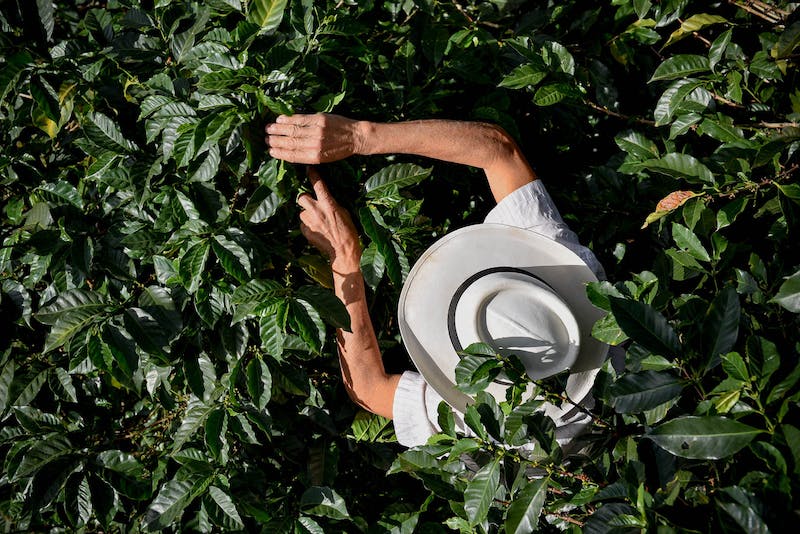 Ninety-one percent of coffee-growing areas in Latin America are within a mile of forests. Bees live in the trees year-round and come out to the fields to pollinate when the coffee is flowering, so keeping coffee a healthy, productive crop under the effects of climate change requires keeping nearby forests intact. (© Neil Palmer, CIAT)

The new study, published in Proceedings of the National Academy of Sciences, is the first to look at the relationship between coffee, bees and climate change.

“The coupled effects of climate change on coffee and bees have not been examined in previous coffee-climate studies,” said Dr. Lee Hannah, senior scientist at Conservation International and a co-author of the study. “We hope the models we have created to make these projections can help to target appropriate management practices such as forest conservation and shade adjustment.”

The beans and the bees

Coffee and bees go together like cream and sugar. (Of the two types of coffee — Arabica and Robusta — Arabica plants can self-pollinate, though their beans tend to do better when bees are involved.

“If there are bees in the coffee plots, they are very efficient and very good at pollinating, so productivity increases and also berry weight,” explained Pablo Imbach, a researcher at the International Center for Tropical Agriculture (CIAT) and the lead author of the study. “In the areas projected to lose coffee suitability, we wanted to know whether that loss could be offset by bees.”

The study tried to answer this question by considering “coupling” scenarios, identifying some places where climate change affected coffee and bees in the same direction — positively or negatively — and others where coffee suitability increased but bee diversity declined, or vice versa. The upshot: All coffee-growing regions that the researchers looked at are projected to maintain at least five bee species in a hotter future — good news, since coffee productivity has been shown to increase with at least three bee species present. 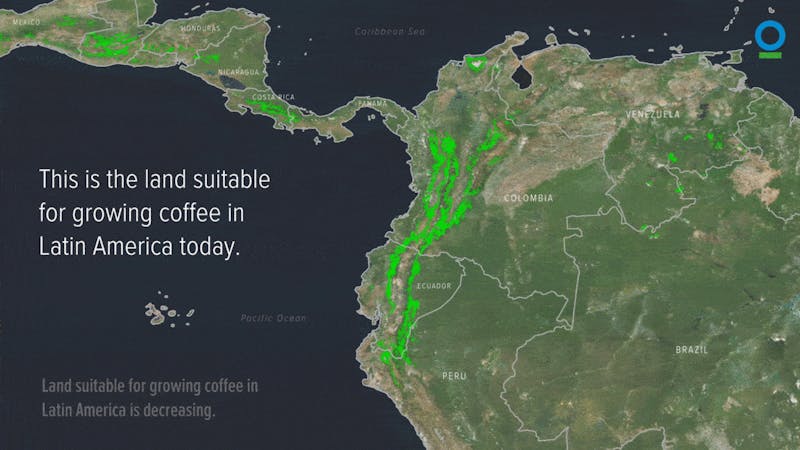 This animated gif shows the projected loss of suitable coffee-growing area in Latin America by 2050 due to climate change. (© Conservation International)

The study also shed light on the relationship between forests, coffee and bees. In tropical regions, the most abundant bee species are meliponines, stingless bees that require nesting habitat and year-round food that they find in forests.

“You need bees to survive the whole year so that they’re available when the coffee is flowering,” Imbach said.

It is no accident, then, that most coffee-growing areas in Latin America are close to forests. Today, 91 percent of the suitable area for growing coffee in Latin America is within 1.6 kilometers (1 mile) of a forest, the study found. By mid-century, this proximity will become even more important, with 97 percent of the viable area for coffee production projected to be near forests — assuming that these forests are conserved.

One question eluded researchers, according to Hannah. “Why this coupling takes place is an evolutionary mystery, since the bees are from Latin America and coffee comes from Africa,” he said. 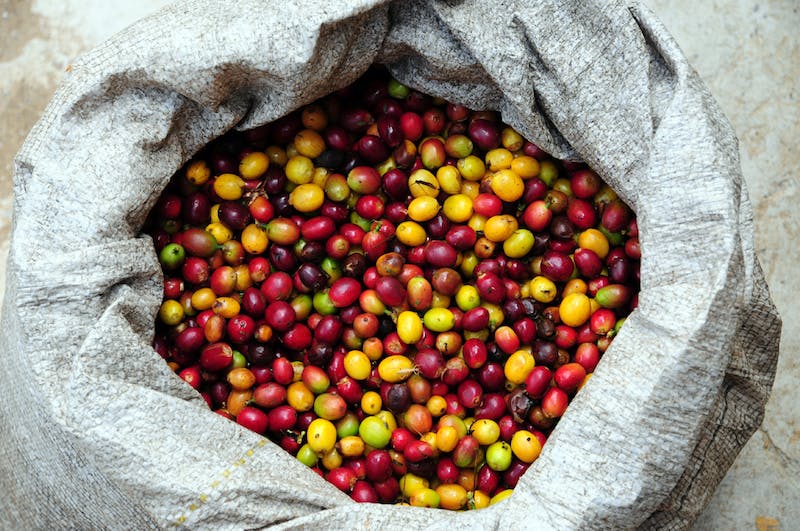 As the study’s authors noted, climate change may simply render coffee production impossible in some areas in the near future. In these places, governments and farm extension agencies should help farmers transition to other crops, or to off-farm livelihoods. However, in the many places where coffee production will still be viable in the future, smart management of coffee plants and their bees can help farmers adapt to a new climate reality, they wrote.

The authors suggest several strategies to protect coffee and bees, such as conserving forests, maintaining flowering plants at the edge of coffee farms, and reducing the use of pesticides linked to declines in bee populations.

On a policy level, broader efforts are afoot to help boost coffee’s resilience to climate change by protecting the forests that coffee plants rely on — and that help regulate the climate. Through the Sustainable Coffee Challenge, an effort to make coffee the world’s first completely sustainable agricultural product, companies including Starbucks and McDonald’s are working with coffee farmers to source their coffee without deforestation.

Meanwhile, through a Conservation International project called CASCADE, a survey of 300 smallholder farms in Costa Rica, Honduras, and Guatemala found that these farmers were planting shade trees on their coffee plots. Not only did this buffer the plants from temperature extremes — it also helped to provide habitat for the bees that coffee needs.

Allie Goldstein is a researcher with the Moore Center for Science at Conservation International.

Cover image: Coffee needs bees. Bees— such as the one pollinating this coffee tree blossom in Colombia — are expected to suffer as temperatures rise due to climate change. For example, bee diversity is projected to decline up to 18 percent in coffee-growing regions. (© Matyas Rehak)