News spotlight: In the Philippines, a sea turtle sanctuary is threatened by climate change

Editor's note: News about conservation and the environment is made every day, but some of it can fly under the radar. In a recurring feature, Conservation News shares a recent news story that you should know about.

On a tiny island in the Philippines, fishermen and green sea turtles live side by side in hard-earned harmony.

That wasn’t always the case: For years, the endangered herbivore was hunted for its flesh and eggs, causing its population to plummet. Slowly and steadily, it has returned, a story of against-the-odds compromise and negotiation among the local community and conservationists, Hannah Reyes Morales reported for The New York Times.

But after 40 years of success, the green sea turtle, and the ecosystem that supports it, face a new human-driven challenge: climate change. 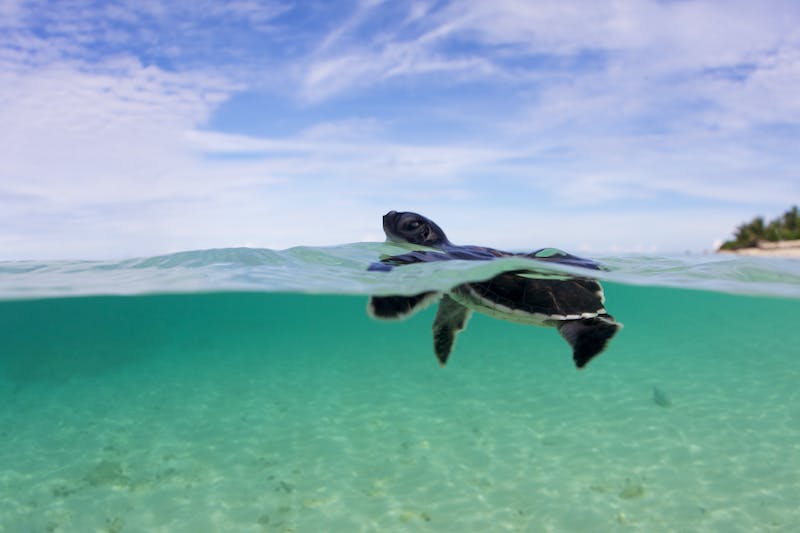 Green sea turtle in the Philippines. © Keith A. Ellenbogen

Apo Island holds a pristine marine sanctuary, within a stretch of ocean known as the “Amazon of the Sea,” where roughly 400 species of coral live in the surrounding waters. Alongside this biodiverse haven is a community of about 1,000 people — predominantly fishermen.

Today the marine sanctuary is seen as an example of what it takes to achieve global conservation goals without sacrificing the needs of a local population that relies on those natural resources. Yet, when talk of establishing a sanctuary to protect the endangered green sea turtle began, it was hotly opposed by fishermen who feared for their livelihoods.

“I remember thinking that our island might be taken from us,” Leonardo Tabanera, an Apo Island fisherman, told The New York Times. “What if we could no longer fish?”

After years of debate, a compromise was found — a no-take zone was established in an area the fishermen seldom used. The intention is for a spillover effect to occur; fish will mature within the sanctuary, then travel into waters where they can be legally and sustainably harvested.

That no-take zone became a successful nursery, allowing reproduction of the sea turtles and other species to flourish, undisturbed. Within a decade, the amount of fish tripled — a win-win for the fishermen, and the environment. The increase in fish has also established Apo as a top destination for diving and snorkeling.

For decades, Apo’s marine sanctuary has maintained its success under the care of local fishermen, with minimal outside funding. But climate change hangs over the community like a dark cloud.

The ocean’s increasing temperatures will escalate coral and fish larvae die-offs and typhoons will continue to worsen, Angel Alcala, a marine biologist who has visited Apo since the 1970s, told The New York Times.

“Typhoons usually reached the … area only once in 10 to 15 years before, but now every four or five years a typhoon hits Apo,” he said.

And bleaching events have injured coral reefs in recent years, after sea water that is too warm causes corals to release the algae living in them. Bleached coral is under more stress, and has a higher likelihood of mortality.

Studies predict that Earth’s coral reefs could be wiped out by the end of the century due to climate change and pollution. But a study from a group of marine scientists, including Conservation International’s Jack Kittinger, head of global fisheries and aquaculture work, shows that that future can be prevented.

Essentially, to save coral reefs, Kittinger said we must be proactive and stop them from becoming too degraded from human activities such as overfishing or pollution. Otherwise, it could be too late.

Coral reefs are home to a wealth of different species. They also support livelihoods for more than 6 million reef fishers in 99 countries and territories worldwide, while providing food security, coastal protection and ecotourism for coastal communities.

Local management of marine protected areas and restricted fishing zones — work that is currently happening in Apo’s marine sanctuary — are among the best conservation tools for most communities to increase reef resilience.

In fact, research estimates that protecting 30 percent of the ocean could increase the annual global catch by eight million tons and limit the most severe marine impacts of climate change.

Read the full story from The New York Times here.